Less than a week before Pope Francis' historic visit to the United States, a damning report has emerged claiming to have found evidence that the Catholic Church continues to protect priests accused of sexually abusing children.

A GlobalPost report details findings from a yearlong investigation including interviews with the accused, which suggest that the church has transferred clergy accused of child sexual abuse to third-world regions of South America, where the men continue to serve as clergy around children.

The report is accompanied by a short video titled "Fugitive Fathers," featuring interviews with the accused.

In the report, GlobalPost suggests the clergy members still receive "unfettered access to young people" despite being subject to criminal investigations or reportedly making payouts to victims, the publication notes.

“As developed countries find it tougher to keep predator priests on the job, bishops are increasingly moving them to the developing world where there’s less vigorous law enforcement, less independent media and a greater power differential between priests and parishioners,” David Clohessy, spokesman for the Survivors Network of those Abused by Priests, told GlobalPost.

Asked about the GP report, a Vatican rep told The Huffington Post: "We have no comment on this story."

The pope has pledged to investigate failures to prevent and report clerical sex abuse aggressively. Earlier this summer, he approved a tribunal to punish bishops who cover up priests accused of sexually abusing children. In June the Vatican ordered Jozef Wesolowski, a former Vatican envoy and archbishop accused of molesting boys in the Dominican Republic, to stand trial on abuse charges. The Vatican trial began in July but he died in August. 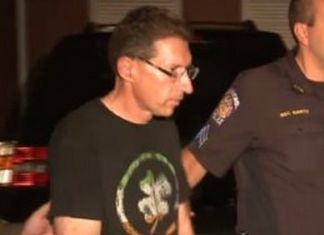 1 / 5
W. Jeffrey Paulish
Paulish, a Catholic priest, was charged with molesting a 15-year-old boy after police say he was "caught in the act." The 56-year-old priest was found in a car with the pantless boy on the campus of Penn State University. <a href="https://www.huffpost.com/entry/w-jeffrey-paulish-caught-with-pantless-15-year-old_n_3971522" target="_blank">Read more</a>
WNEP