Pit bull advocates won a big victory in Maryland last week, when a county with a breed ban was ordered to return a disabled woman's service dog.

But while Daniella Guglieimi -- partially paralyzed from having polio as a child -- and her big gray dog named Storm have been reunited, the fight to end Prince George's County's breed ban altogether isn't over yet.

Guglieimi and Storm live in a part of Maryland just outside Washington, D.C., where since 1997 it has been illegal "to own or harbor" a pit bull that wasn't registered with the county before 1996. An unauthorized pit bull in Prince George's County can result in a fine, or a jail term of six months for its owner.

Breed bans have faced tough scrutiny, with even President Obama recently coming out against them. The county's 2003 task force found that spending $250,000 per year to enforce its pit bull ban was "costly and ineffective." Stories have abounded, too, of family pets taken, and in many cases destroyed, for no reason other than their breed.

But Prince George's County's ban has been tough to dislodge -- as the Washington Post put it in 2009, opponents "might have an easier time breaking the notorious grip of the dogs themselves than getting the prohibition repealed."

And this past spring, animal control officers told Guglieimi -- who has relied on Storm to help her with ordinary life activities, like getting up from a sitting position, or walking, for about four years -- she had two days to send her dog elsewhere.

After months of Storm being housed in various foster facilities, and Guglieimi suffering injuries from falls during this period away from her service animal, a judge with the the Circuit Court for Prince George's County recently ruled that the Americans with Disability Act takes precedence over the county's ban on pit bulls. It's a decision that doesn't surprise Scott Giacoppo, vice president for external affairs at the Washington Humane Society, given other similar court rulings.

"This is not the first time that it's happened," says Giacoppo, who explains that Prince George's County's pit bull ban affects the Humane Society in many ways, including in that, since many of WHS' dogs are at least part pit bull, people from the county who come in wanting to adopt often have to be sent home empty-leashed.

Storm and Guglieimi are now facing some licensing issues themselves, E. Anne Benaroya, executive director of Maryland Animal Law Center and the lawyer representing Guglieimi, told HuffPost. They are also now back together.

"Every disabled person in P.G. County who has a service animal, bona fide, is entitled to keep that dog, whether it's a pit bull or any other," says Benaroya. "And that is a big deal."

Prince George's County has not returned HuffPost's request for comment on what has and hasn't changed since the court ruling. But the case isn't over yet. Benaroya hopes an even bigger deal will be coming, since she's now filed papers in this case asking for the county to be enjoined from enforcing any part of its pit ball ban, not just from enforcing it against residents with service dogs.

Giacoppo says he sees a "lot of movement" toward ending breed bans altogether -- and Benaroya, among others, is also asking the Maryland General Assembly to take up pit bull-friendly legislation during their next session.

"We have to do it like this, baby steps," Benaroya tells HuffPost. "There's no other way to get it done." 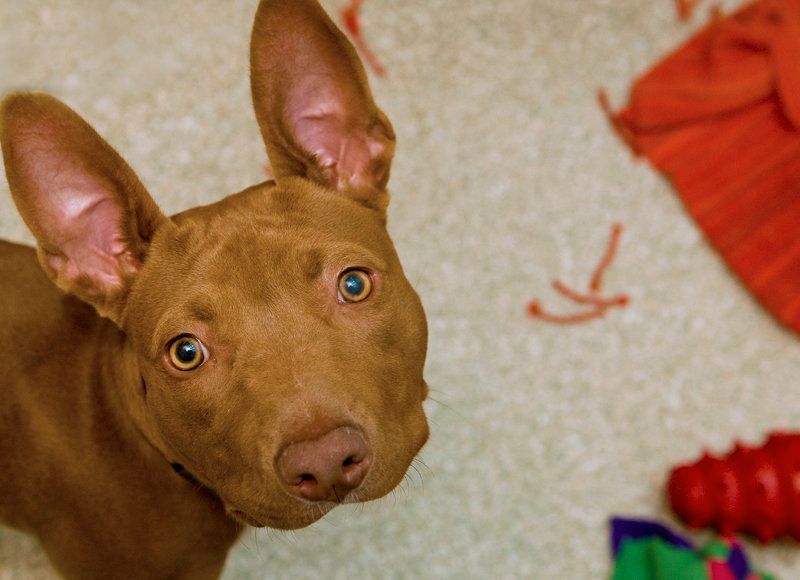