Prince Harry wrapped up a successful tour celebrating Queen Elizabeth's 60-year-reign with a special tribute to his late mother.

He announced that the African charity he established in Princess Diana's memory raised a record amount of funds last year, the Daily Mail reports.

After completing the Diamond Jubilee Tour, a journey through Belize, Jamaica and the Bahamas, Prince Harry participated in a charity polo match to raise money for his charity, Sentebale, which helps orphans in Africa, according to BBC. Along with Prince Seeiso of Lesotho, Prince Harry established the charity in honor of Princess Diana, which partners with -- and helps develop -- grassroots health and education charities committed to orphans.

"'Sentebale' means 'forget me not,' - simple case of not forgetting the children," Prince Harry told CBS. "And also, not forgetting our mothers who both princes and I lost at a fairly young age."

Though the organization struggled at first, it's now thriving and Prince Harry said he has plans to expand Sentebale into a worldwide operation, according to the Daily Mail.

The charity brought in 2.1 million pounds in the year ended August 2011, a 16 percent increase from the previous year.

Prince Harry has had great success on both the fundraising and volunteer fronts. He had a chance to meet, and play with, the kids his organization is helping.

"Every time I spend time with the kids it's fantastic, you get this huge buzz," he told CBS. "I'm still very much a kid inside myself and spending time with them keeps me grounded." 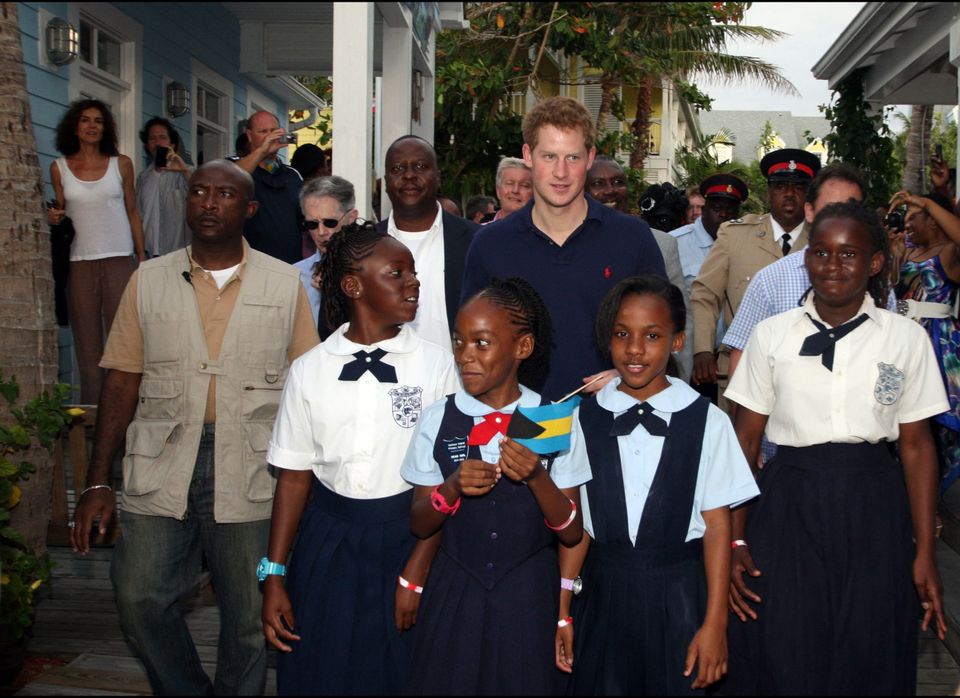 1 / 5
Britain's Prince Harry poses for pictures with students in Hanbour Island, Bahamas, Sunday, March 4, 2012. The Prince visited the Bahamas as part of a Diamond Jubilee tour that includes visits to Belize, the Bahamas, Jamaica and Brazil as a representative of Queen Elizabeth II. (AP Photo/Felipe Major)
AP