Prince Jackson cooled down with girlfriend Remi Alfalah in Beverly Hills over some iced coffee and frozen yogurt before heading into a jiu jitsu class Monday. Jackson met Alfalah, a Kuwaiti princess, at their private Buckley School in Sherman Oaks, Calif; the pair have been dating for at least several months.

The oldest son of the late Michael Jackson has been focusing on developing his own career since he turned 16 in February, and recently scored a gig as a special correspondent for the television news program "Entertainment Tonight." "I'm looking to become well-rounded as a producer, director, screenwriter and actor," he said. 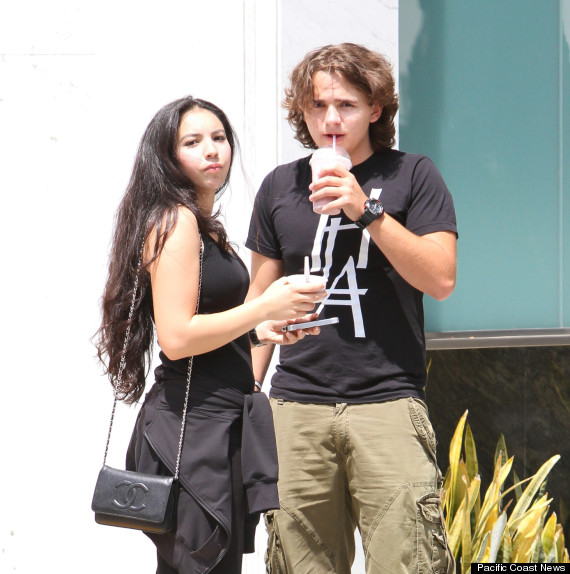