Prince Louis Arthur Charles was christened last week at the Chapel Royal at St. James’s Palace in London. The archbishop of Canterbury, the Most Rev. Justin Welby, who also officiated the May nuptials of Prince Harry and Meghan, Duchess of Sussex, performed the ceremony.

The four pictures feature official portraits of various family members gathered around the young prince, but the photograph of Kate Middleton smiling with her third child in the garden at Clarence House is especially gorgeous.

Photographer Matt Holyoak captured the special moments at Clarence House after the christening. Queen Elizabeth II and her husband Prince Philip were not in attendance, and are therefore not in the photos, due a week of busy engagements, according to Press Association.

But two of the photos pay a slight tribute to the queen, as Town and Country noticed. A portrait of the monarch appears in the background.

Prince Louis was born on April 23 and is the youngest child of the Duke and Duchess of Cambridge. He is fifth in line for the throne, behind his grandfather Prince Charles, his father Prince William and his older brother and sister, Prince George and Princess Charlotte. 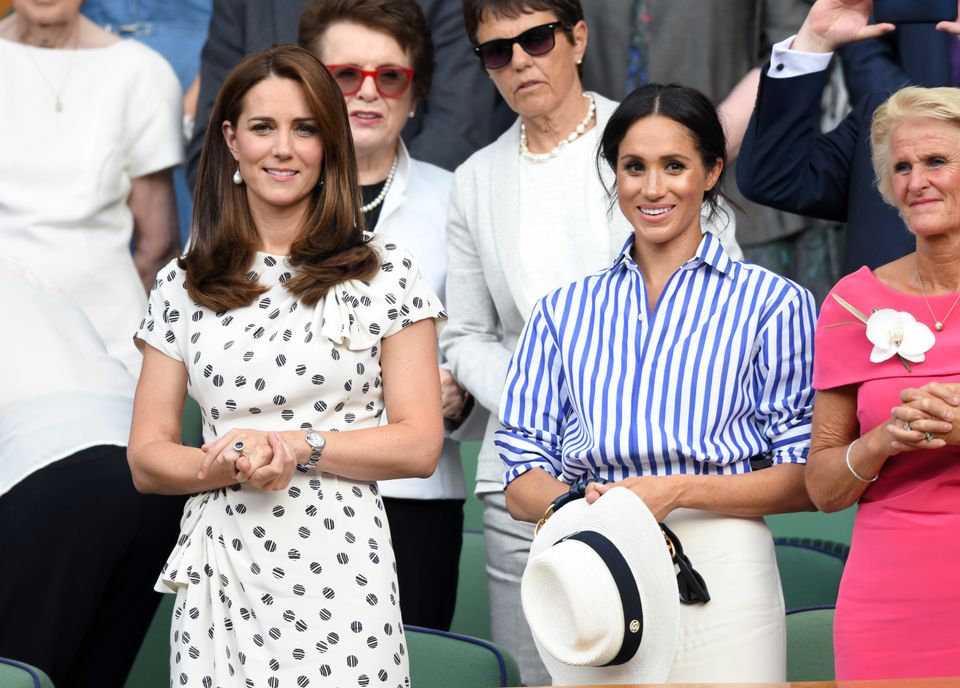