The 6-month-old makes a rare appearance with his mother, the Duchess of Cambridge, in a BBC One documentary about his grandfather, Prince Charles, which came out Thursday.

The audience only gets a brief glance at Louis in “Prince, Son and Heir: Charles at 70,” but his chubby little arms and cute outfit are sure to make royal fans swoon.

The last time the public saw the prince was at his christening, when he was joined by most of the royal family, including the Duke and Duchess of Sussex, dad Prince William and siblings Prince George and Charlotte. His six godparents also attended the ceremony, which was followed by tea at Clarence House.

Prince Louis Arthur Charles was born on April 23 at St. Mary’s Hospital in London. Just hours after his birth, his parents stepped out together to introduce their son to the world.

Louis is currently fifth in line to the throne, after Charles, William, George and Charlotte.

Louis recently gained a new cousin, as Pippa Middleton gave birth to her first child with husband James Matthews in October. They welcomed a baby boy who weighed in at 8 pounds, 9 ounces.

Louis will be joined by another cousin next year, as Kensington Palace recently announced that Prince Harry and Meghan Markle are expecting their first child.

Prince William said in the new BBC One documentary that he hopes Prince Charles will play a role in his grandchildren’s lives.

“I would like him to have more time with the children,” William said of his dad. “Having more time with him at home would be lovely, and being able to, you know, play around with the grandchildren. When he’s there, he’s brilliant, but we need him there as much as possible.” 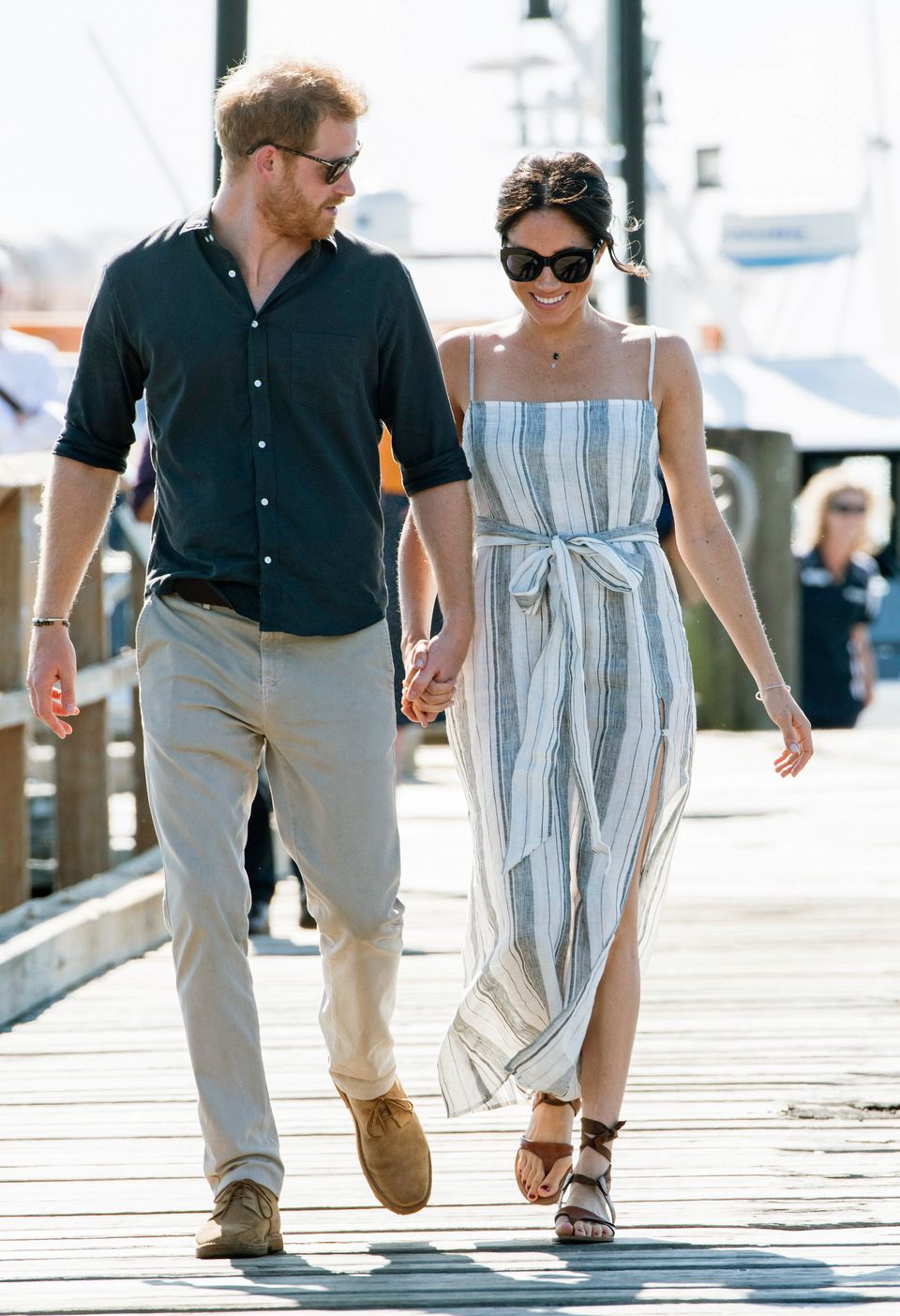 1 / 20
1. The Reformation Dress
The duchess wears a striped dress by <a href="https://www.thereformation.com/products/pineapple-dress" target="_blank">Reformation</a>&nbsp;(which is currently unavailable online) on day 7 of the royal tour. The royal couple are seen walking along the Kingfisher Bay Jetty on Fraser Island on Oct. 22.
Pool/Samir Hussein via Getty Images