In 2006, the Crown Prince of one of India's oldest royal families made a public announcement that made headlines around the world: the 40-year-old formerly married Prince Manvendra Singh Gohil was actually gay. This announcement made Prince Manvendra the world's only openly gay prince -- and it also outraged his community and ripped his family apart. His father refused to accept the Prince's homosexuality, and his mother, the Queen, took out an ad in the newspaper to publicly disown her only son. What's more, Prince Manvendra was also risking his own freedom, as homosexual acts in his country were punishable by 10 years to life in prison.

Still, Prince Manvendra remained determined to live in his truth. He opened up about the difficulties he faced during a 2007 episode of "The Oprah Winfrey Show," telling the talk show host what it was like growing up with this secret in an ancient royal family and a country that condemned homosexuality.

"I couldn't talk to anyone, couldn't share my views to anyone. So, I was confused whether I'm the only one like that or are other people like me or was it kind of a disease?" Prince Manvendra said back then. "I thought, 'Maybe it's a passing phase. I might get over it once I'm married.' And that's the reason I decided to get married."

Though the marriage was arranged, Prince Manvendra emphasized that he was never forced to wed a woman. Once the relationship crumbled, he came to terms with his sexuality and began to find happiness in his new mission in life: working on behalf of the gay community in India. 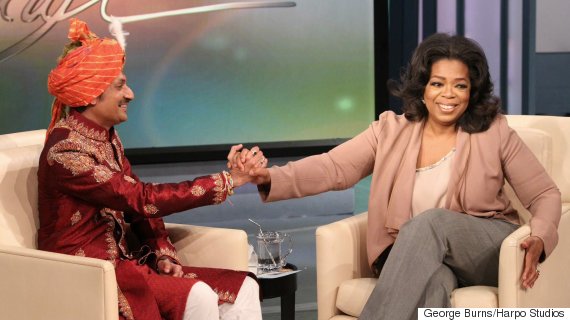 Three years later, Prince Manvendra appeared on "The Oprah Winfrey Show" again and shared some dramatic updates: his mother didn't "create any obstacles" for him anymore, his father recanted the disownment and various cities in India began coordinating gay pride parades. What's more, India had removed its law about homosexual acts and no longer made them punishable by prison time.

"I never expected that this [would] happen in my lifetime," Prince Manvendra said.

"Oprah: Where Are They Now?" recently caught up with the Prince once again to see what else has changed in the years since his final "Oprah Show" appearance. This time, however, the updates aren't as optimistic as they once were. Namely, the law criminalizing homosexual acts in India has been reinstated once again.

"We've gone back to square one, to 150 years," Prince Manvendra now says in the above video. "That period of four and a half years when we had enjoyed our freedom has been suddenly snatched away from us."

The impact, he adds, has been frightening.

"When I say that the homosexuals are not free in India, we don't have the freedom to love. All of us are scared," Prince Manvendra says. "Imagine those who have fallen in love, they've had partners in their lives, they've had boyfriends, they want to go for long-term relationships -- are now all scared. That's where we are losing our freedom."

"The Free Gay India campaign is aimed at the law which is criminalizing the homosexual population in India," he explains. "We would like to connect more and more people into it."

As for his relationship with his mother, the Prince says that not much has changed over the years.

"She still doesn't talk to me. We almost ran into each other in the palace, but, of course, we kind of ignore each other as if we don't exist," he says. "I have always respected her. I have no ill feelings towards her, but I would never do anything to go against her."

In the meantime, Prince Manvendra says he is grateful for the support he's gotten from America, and he remains focused on helping the gay community in India achieve the rightful freedom they once had.