Robert Novak in an interview with Kansan.com: 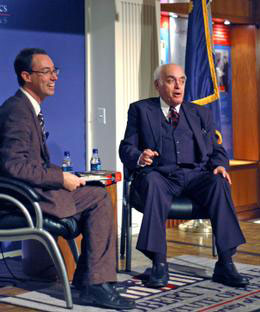 Do you have a favorite candidate for the Republicans?

Novak added that while in his twenties, he had a dim view of the future of the country and Western civilization. Asked if he still holds that view, Novak said, "I'm 76, so I don't have much future. I don't worry much about it."