Prince William doesn’t mind if he’s not your favorite royal.

During a recent visit to Mumbles on the coast of Wales with wife Kate Middleton, a royal fan told the Duke of Cambridge that their favorite member of the family was little Princess Charlotte, the couple’s 4-year-old daughter.

“Yes, she is lovely — just like my wife,” the prince said on Tuesday, according to People. He handled the interaction like a true pro (and likely scored some spousal points with Kate, because who doesn’t love a compliment?).

On the same visit, the duke and duchess went around to “businesses and local communities in the Mumbles and Port Talbot,” according to the Kensington Palace social media channels.

Their trip included stops at a lifeboat crew station, a steel factory, a boxing gym and an ice cream parlor to speak with parents on behalf of Kate’s latest project, called 5 Big Questions on the Under 5s.

Her initiative includes a survey that asks anyone over the age of 16 ― whether they are parents or not ― what they believe the most important issues are for children.

Prior to the stop in Wales, the duke and duchess enjoyed a glamorous night out at the 2020 British Academy Film Awards on Sunday.

The duke is president of the British Academy of Film and Television Arts (BAFTA) and gave a speech during the evening, poking fun at the actors who have won awards by taking on roles about the royals.

“I am particularly proud to stand here tonight having served as BAFTA’s president for the last 10 years,” he said, prior to honoring film producer Kathleen Kennedy.

“However, I must admit I don’t know whether I should be proud, or slightly alarmed, about the number of winners over the last decade who have portrayed members of my own family.”

On a more serious note, the duke called for more diversity at the awards show, and said that the BAFTAs were reviewing processes to “ensure that opportunities are available to everyone.”

“In 2020, and not for the first time in the last few years, we find ourselves talking again about the need to do more to ensure diversity in the sector and in the awards process,” William said. “That simply cannot be right in this day and age.” 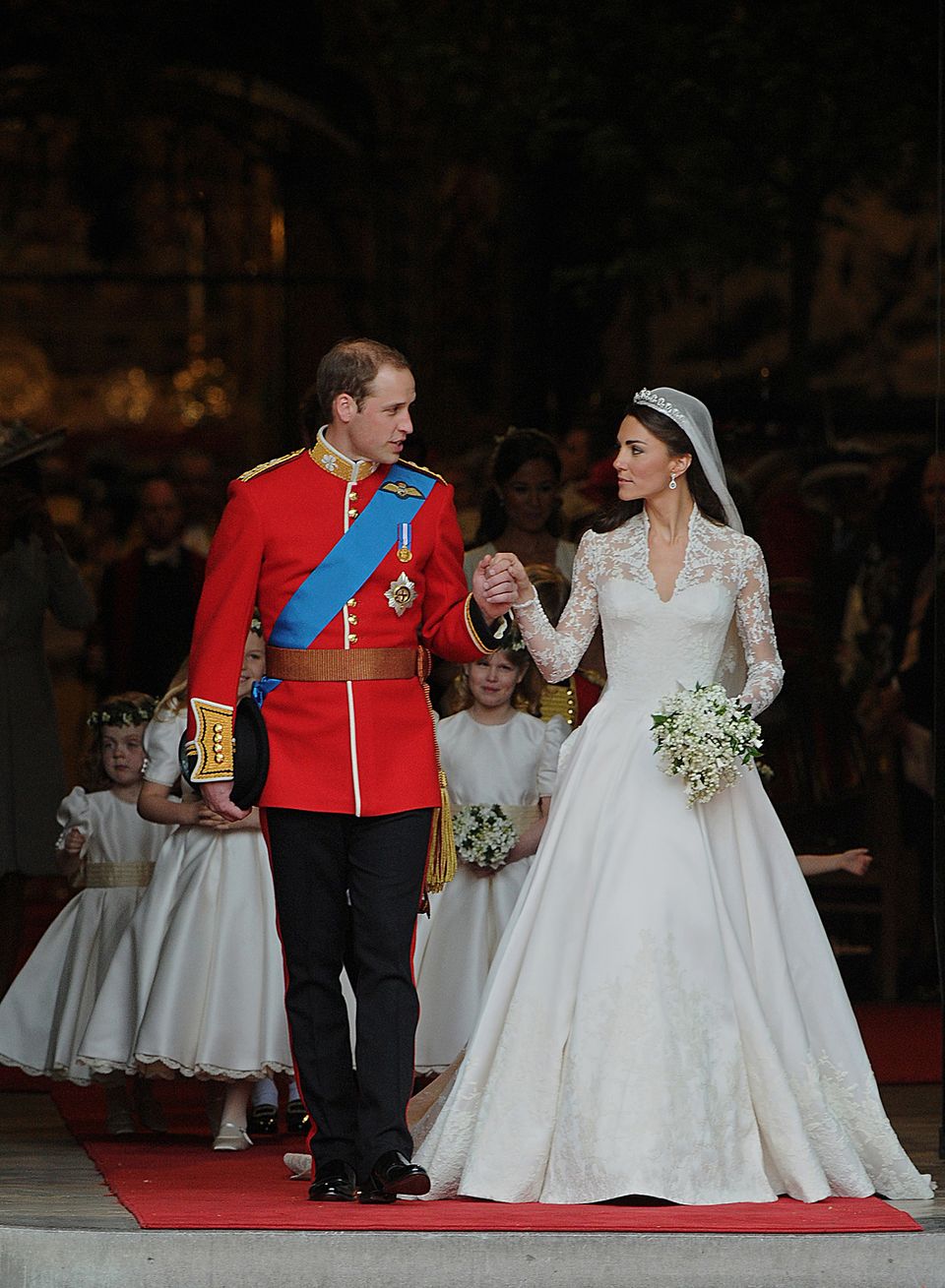 1 / 26
2011
Prince William and Catherine, Duchess of Cambridge, come out of Westminster Abbey in London after their wedding service on April 29.
CARL DE SOUZA via Getty Images