Now we've seen it all. Just when we thought the natural hair movement was beginning to plateau, music icon Prince decides to debut his natural tresses to the world.

The big reveal came Monday morning when Prince visited the ladies of "The View" to promote his new three-night benefit tour "Welcome 2 Chicago." The always flamboyant rockstar was dressed in a two-toned turtleneck, metallic jacket, yellow pants, matching yellow heeled boots and retro sunglasses. However it was his TWA (teeny weeny afro) that stole the show.

We're used to seeing Prince's mane fried, dyed and laid to the side--so it was a bit shocking to see the 54-year-old embracing his hair's kinky roots.

Shock waves rippled with Twitter with comments like "Prince's afro is so pretty!" and actress Lisa Rinna tweeting: "Highlight of the day- Prince's afro and round sunglasses". The Roots drummer Questlove, who is known for his larger-than-life afro, also took to Twitter to express his surprise over the new 'do.

Check out Prince's awesome afro in the photo below. We think he looks great! It's going to take a lot more than a funky new hairstyle to dethrone Prince from his reign over cool. 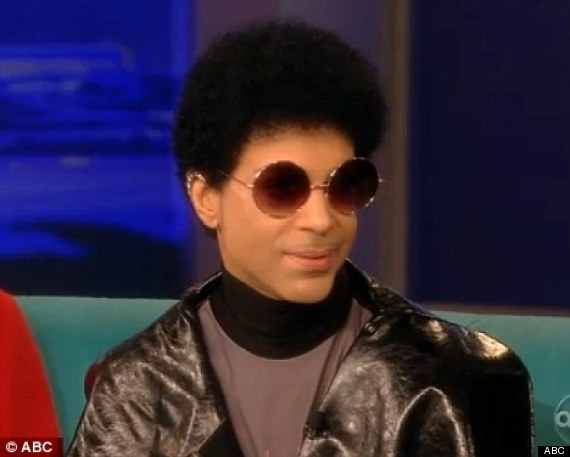