I unequivocally adore "The Princess Bride."

I started watching the 1987 film multiple times a year at an age when the staged violence of the final fight between Inigo Montoya and Count Rugen was still too scary for my young eyes. Today, on it's 25th anniversary, the movie is just as fabulous as the first time I saw it. And though I adore Inigo's one-track avenging mind, Wallace Shawn's impeccably bumbling Vizzini, Billy Crystal's ornery Miracle Max, Fezzik's penchant for rhyme and Westley's ability to fight off Rodents of Unusual Size, Princess Buttercup (Robin Wright -- BEFORE the Penn!) holds a special place in my heart.

Her (nearly) Royal Highness -- after all, she doesn't actually marry Prince Humperdinck -- may not be the most shining example of a modern empowered woman, but as far as princesses go she definitely wins. Here are eight reasons that the princess could still wipe the floor with any other royal heroine.

1. "Farm boy, fetch me that pitcher" may be the best pick-up line of all time. Westley and Buttercup's initial courtship is proof that men respect a woman who takes charge.

2. Princess Buttercup gets to know Westley for a while before deciding that he's her one true love. None of that "love at first sight" stuff that "The Little Mermaid" (my 4-year-old self's other favorite movie) teaches young girls.

2. She's not a passive prisoner. After Buttercup is captured by Vizzini, Inigo and Fezzik, she mouths off, jumps ship and nearly gets her head bitten off by shrieking eels. "I suppose you think you're brave?" asks Vizzini. "Only compared to some," Buttercup responds cooly. Tell me that's not badass.

3. The princess has some great one-liners. Granted, so does pretty much every other character in the film, but one of her zingers rises above the rest. When she thinks Westley is the Dread Pirate Roberts, she tells him to "die slowly, cut into a thousand pieces." Burn.

4. Buttercup knows when to apologize. When you realize you've pushed the man you're in love with down a massive hill into the mouth of the Fire Swamp, it's probably a good idea to say you're sorry.

5. I know this is totally superficial, but ... her dresses and crowns. It's hard to watch "The Princess Bride" without coveting Buttercup's costumes just a little bit. 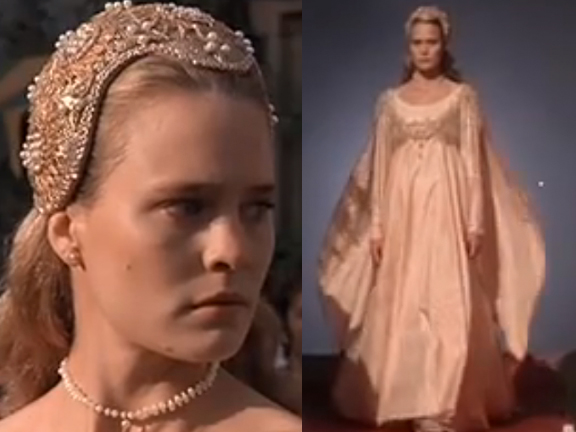 6. She chooses love over money and power. Buttercup could have married a prince. Instead she confronts the (evil and cowardly) Prince Humperdinck and confesses her love for farm-boy-turned-pirate Westley. Who needs a prince?

7. Speaking of Prince Humperdinck, our fair heroine doesn't put up with his bullsh*t. When she figures out that he's been lying to her about Westley's whereabouts, he calls her a "silly girl." In response, Buttercup goes after him with the only weapon she has access to -- her words: "Yes, I am a silly girl -- for not having seen sooner that you're nothing but a coward with a heart full of fear." Girl certainly knows how to end a relationship with a bang.

8. Buttercup knows that taking a leap of faith (literally) often pays off ... especially if there's a beautiful white horse waiting at the bottom of the castle for you, ready to take you off into the sunset.

Sometimes we all need a little bit of fairy tale magic in our lives. Even better if it's delivered in a campy, playful package featuring Billy Crystal.

LOOK: "The Princess Bride" Cast, Then And Now

An Ode to Princess Buttercup
'Princess Bride' Cast: Where Are They Now 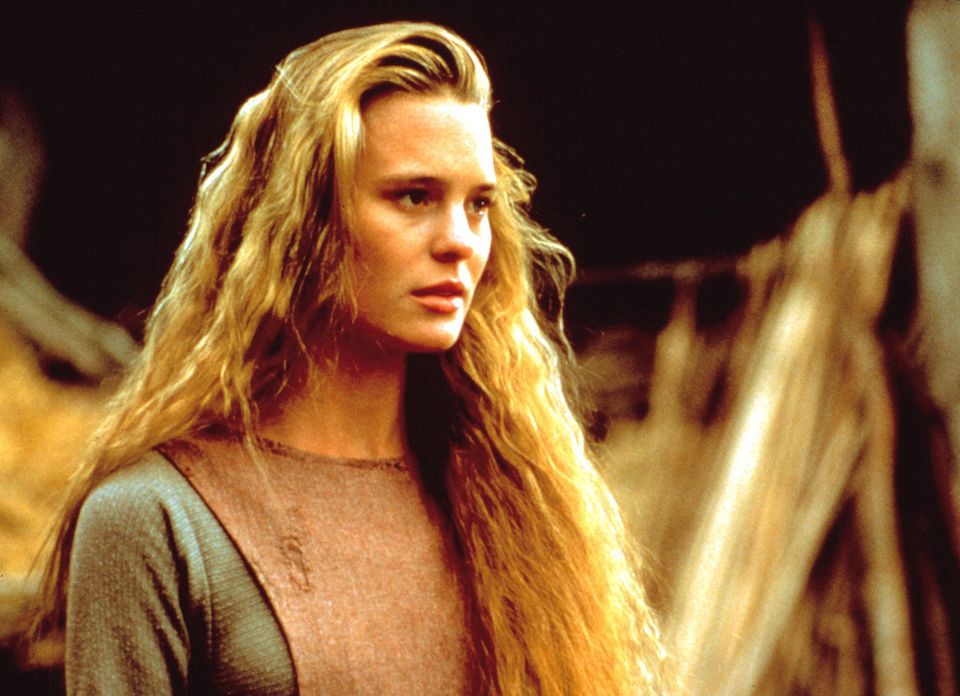