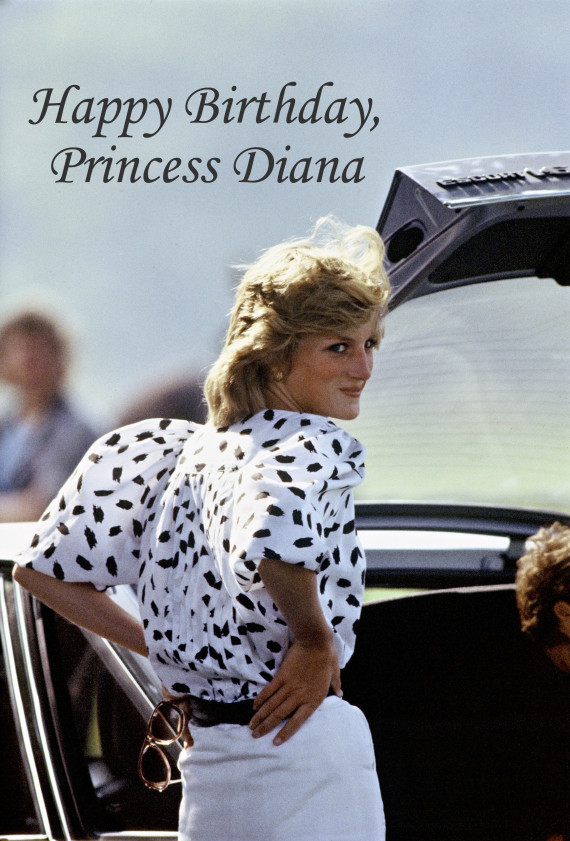 There are few royals in the world whose style is more iconic than that of Princess Diana's. Her dresses fetch hundreds of thousands of dollars at auctions, and her wedding -- and her David and Elizabeth Emanuel-designed dress -- drew 750 million television viewers back in 1981.

Diana would have turned 54 years old on July 1. Her go-to couturier Bruce Oldfield recently imagined the person she'd turn into:

I don't think she would have turned into one of those ladies who lunch or who are on the boards of endless charities. There was no self-aggrandisement behind her choices. She took things on where she could make a difference. [...] I doubt she would have stayed in the UK. I could see her in the United States, but not Europe -- for a start she didn't speak any languages. But New York, yes, I could see her walking down Fifth Avenue and being allowed to get on with it.


Regardless of what she would be like today, we still have images of her timeless glamour from decades past to fawn over. To celebrate her birthday, we've rounded up some of our favorite Lady Di looks, ranging from casual to formal. Take a look at let us know which outfit you find to be truly iconic.

May 1981
With Prince Charles at Craigowan Lodge on the Balmoral Estate. (Tim Graham/Getty photo)
July 1981
Posing for pictures on her wedding day. (Lichfield/Getty photo)
July 1981
More wedding pictures! (AP photos)
November 1982
At a banquet at the Guildhall in London. (Anwar Hussein/WireImage photos)
July 1985
At the premiere of "A View to a Kill" in London. (Tom Wargacki/WireImage photos)
November 1985
Wearing a Victor Edelstein gown to a White House State Dinner in Washington, DC. (Pool/Tim Graham Picture Library/Getty photos)
July 1990
Leaving Cirencester Hospital in England after Prince Charles broke his arm during a polo match. (AP photo)
January 1993
At Indian Castle Beach. (Getty photo)
June 1994
At the Serpentine Gallery in London, wearing a dress by Christina Stambolian. (Jayne Fincher/Getty photos)
August 1995
Sitting with Prince Harry during V-J Day celebrations in London. (AP photos)
November 1995
Meeting with Argentinian president Carlos Menem in Buenos Aires. (AP photos)
September 1996
Arriving at a cancer research benefit in Washington, DC. (AP photos)
December 1996
Walking through the Metropolitan Museum of Art in New York to attend the Costume Institute Gala. (AP photos)
January 1997
On a British Red Cross mission to highlight the evil of land mines in Luanda. (Getty photo)
March 1997
Meeting with Nelson Mandela to discuss the threat of AIDS in South Africa. (AP photos)
June 1997
At a gala benefit for victims of landmines at the National Museum of Women in the Arts in Washington, DC. (AP photos)
June 1997
Meeting with Mother Teresa in New York. (AP photos)
June 1997
Leaving Christie's auction house in New York after selling some of her dresses, the proceeds of which went toward AIDS and cancer charities. (AP photos)
August 1997
Arriving at Sarajevo airport on a tour to publicize the international problems of land mines. (AP photos)
Princess Diana's Iconic Outfits
Voting Made Easy
Register to vote and apply for an absentee ballot today
Register now
More:
StyleRoyaltyPrincess Dianaprincess diana death
Newsletter Sign Up
An essential daily guide to achieving the good life
Subscribe to our lifestyle email.
Successfully Subscribed!
Realness delivered to your inbox