"They were the happiest times at Kensington," Darren McGrady remembered about the four years he worked as Princess Diana's personal chef at Kensington Palace.

McGrady had worked for Queen Elizabeth II in Buckingham Palace for 11 years before the Princess of Wales asked him to join her, Prince William and Prince Harry at Kensington, where they lived after her divorce from Prince Charles in 1996. But he took the opportunity to leave the "Downton Abbey"-esque formality and enter Diana's world, one that eschewed all of the stuffy traditions in lieu of a warmer, more personable approach to living -- and eating -- royally.

Gone were the grand banquet tables -- Diana preferred a round table that sat 10 people so that she could connect with everyone she ate with. "If she was on her own for lunch, she'd actually come and eat in the kitchen on the countertop," McGrady said. "I'd make a tray for her and I'd just be tidying up the kitchen and things as we were chatting." 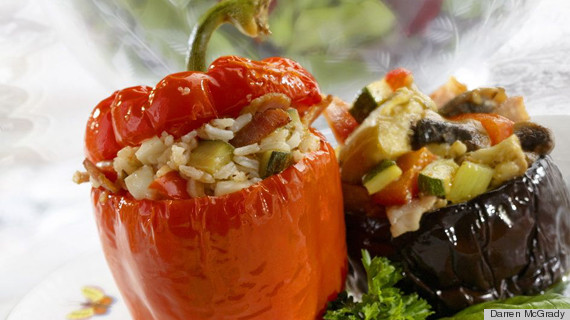 Was this type of behavior from a royal unheard of? "Oh, absolutely," he said. "The rest of the royals would never do that." To provide some perspective, when the Queen entered the kitchen at Buckingham Palace, all kitchen staff had to stop what they were doing, move pans to the side of the stove, step three paces back and bow. McGrady remembered how Diana, on the other hand, would burst into the kitchen at Kensington and say, "Darren, I need a coffee -- oh, you're busy. I'll make it. Do you want one?" But while the late princess was no stranger to the kitchen, cooking was not Diana's forte.

"She was just the worst, a terrible person in the kitchen," McGrady said laughing. He would cook for Diana five days a week, then leave special plates of food for the weekend in the refrigerator with sticky notes marking the exact number of minutes she should leave the dishes in the microwave (yes, Her Royal Highness nuked her food). "It was just that basic cooking with the princess," he said.

Even though Diana couldn't cook, she had an appreciation for good food. She loved McGrady's bread and butter pudding, a British dessert with raisins across the top that's a cross between the bread pudding we eat in America and crème brûlée. She would often sneak into the kitchen while McGrady prepared the dish, unconsciously picking off the raisins for a snack while they were chatting. 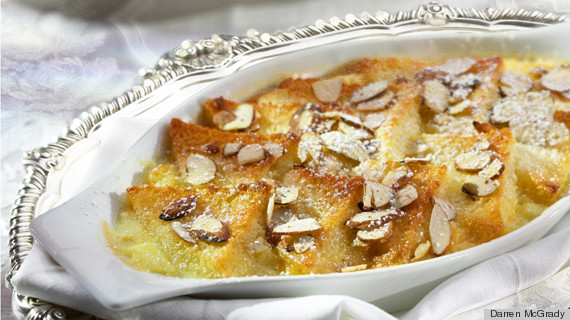 Diana may have had the family's signature sweet tooth, but she was also focused on eating healthy. After overcoming her bulimia, she started working out and shifting to a fat-free diet, telling McGrady, "I want you to take care of all of the fat. I'll take care of the carbs at the gym." Stuffed bell peppers and stuffed eggplant were common dishes McGrady would prepare for her, but Diana also asked him to make fat-free versions of British comfort food staples. Instead of eating the same roasted chicken and potatoes that her sons ate ("the kind that you bite into and oil just runs down your chin"), the princess would have McGrady poach chicken and dry bake potatoes so that William and Harry wouldn't have to follow the same dietary restrictions as their "mum."

When it came to her house guests, Diana didn't want anyone to miss out on the decadent staples of McGrady's cooking just because she was watching her fat intake. In fact, while eating lunch with Oprah Winfrey, another famous dieter, Diana managed to pull a fast one on the television host as the two dined on McGrady's tomato mousse. After a few mouthfuls, Oprah put down her spoon and said, "Diana, how do you stay so slim eating rich food like this?" The princess replied, "I just eat small portions and work out." That wasn't quite true, though -- Diana had McGrady serve her a fat-free version of his tomato mousse, while Oprah was eating the full-fat dish chock full of mayonnaise, sour cream and heavy cream. "Diana never did tell her the truth," McGrady said. 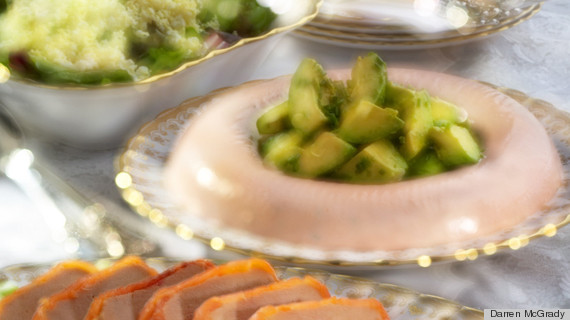 When it comes to kitchen habits or otherwise, it's hard to avoid comparisons between Diana's down-to-earth nature and that of another royal wife: Kate Middleton. "We've got another stunning princess," McGrady said about the Duchess of Cambridge. "She's beautiful. She's the clotheshorse that Princess Diana was, that Fergie never was." The one key difference? Kate reportedly has a keen interest in cooking and is a whiz in the kitchen (she even makes her own jam). This is a big shift for the Windsors, even when compared to Diana's forward-thinking dining sensibilities.

"Tradition had it that whenever one of the royals got married, they would take one of the Queen's chefs, one of mummy's chefs who knew how they liked their food," he explained. "Then you have William and Kate who are saying, 'No we want to cook; we want to shop for our own food.' Kate's a commoner. She loves to cook and she wants to do that. I think the princess would've been thrilled with Kate."

While we can only speculate how Diana would feel about Kate, it's clear that the royal couple is doing exactly what the late princess would have continued to do: buck tradition in the kitchen. 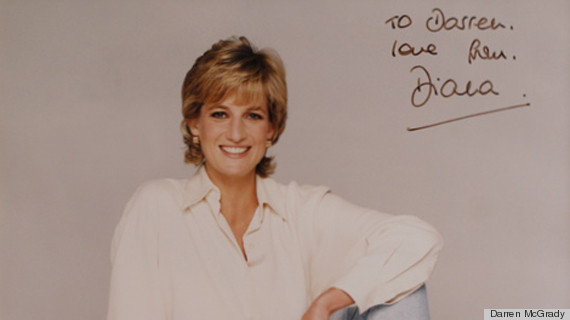 Make sure to check out Darren McGrady's Eating Royally for more anecdotes and recipes from his time at Buckingham Palace and Kensington Palace.

Method:
1. Soak the raisins the night before in the Amaretto and cover with cling film. Leave at room temperature.
2. Preheat the oven to 350 degrees.
3. Grease a 3-pint dish with butter.
4. Remove the crusts and butter the bread.
5. Whisk the egg yolks and the 6-oz caster sugar in a bowl together.
6. Split the vanilla pod and put in a pan with the milk and cream, then bring to a simmer and pour onto the egg yolks, stirring all the time.
7. Remove the vanilla pod, scraping the seeds into the custard and discard the pod.
8. Cut a quarter of the bread into 1/2-inch cubes and place in the bottom of the dish. Then top with the raisins adding the juices, too. Finish with the remaining bread cut into triangles and arranged on top of the fruit.
9. Pour the warm egg mixture over the bread making sure all of the bread is coated.
10. Leave to soak into the bread for 20 minutes.
11. Place in the oven in a roasting tray 3/4 full of hot water. Cook for about 30 minutes. It will only set like custard because you're using egg yolks and no whites.
12. Remove from the oven and roasting tray and sprinkle with the extra sugar. Then put under the grill until the sugar starts to caramelize.
13. Sprinkle with the toasted flaked Almonds and dust with icing sugar.

Method:
1. Preheat oven to 350 degrees. Cut the tops off the peppers, and clean out the seeds and membranes. If the peppers won't stand up, cut a little piece off the bottom to level them. Place the peppers on a baking sheet, and drizzle with the oil. Bake for 25 minutes, or until they start to soften. Remove from the oven and allow to cool.
2. Pour the oil from the peppers into a frying pan, and add the onions, mushrooms, zucchini and oregano. Season the vegetables with the salt and pepper to taste, and sauté over high heat until they start to soften. Add the tomatoes, rice, water and bouillon cube, and simmer for about five minutes. Adjust the seasoning.
3. Fold in the bacon, basil and mozzarella, and divide among the peppers. Sprinkle the Parmesan on top of the peppers, and bake in the middle of the oven for 15 minutes, or until the cheese has melted and the filling is hot.