Many of Princess Diana's signatures are being brought back to life for the upcoming biopic "Diana," but the most noticeable might just be her Tod's leather handbag. Towards the end of her life, the late royal totted the brand's D-Bag around, whether she was in Pakistan on an official visit or running errands in London. Tod's even posthumously named the tote after Diana in 1997.

Naturally, the Italian label had no problem lending a few purses to the Hollywood production of the princess' life story. The Telegraph reports that Tod's made sure Naomi Watts, who plays Diana in the film, would be able to carry the original tan D-Bag that the Princess of Wales owned and loved. (Related: Kate Middleton's a fan of the updated version.)

Despite the mixed reviews the film has already received, we're excited to see many classic Diana fashion items traipsed across the screen, including that blue one-piece bathing suit, that pastel mini and that stunning Versace gown. But nothing will ever beat the original.

See photos of Diana carrying her Tod's bag below and check out Watts on set with it here. Tell us: Do you think the film's fashion will live up to all of the hype? 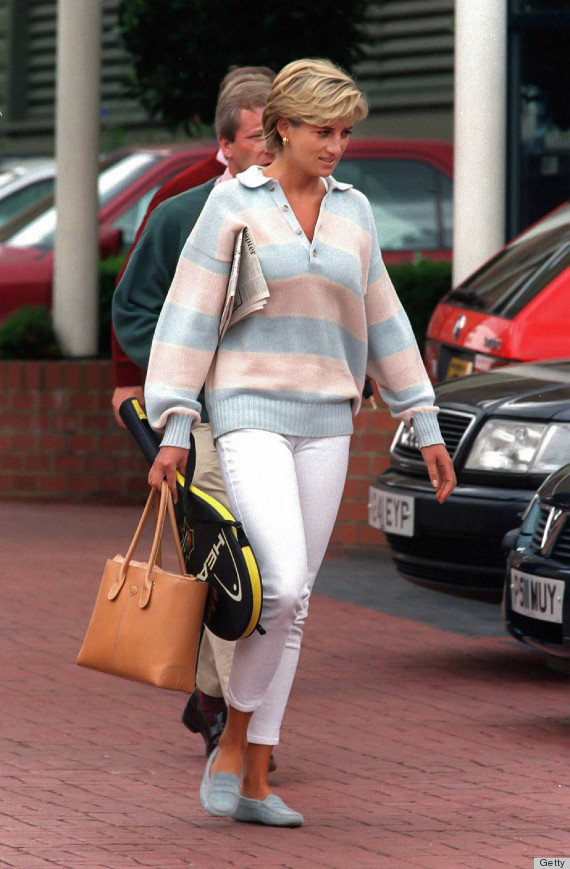 She had so many signatures...