Princess Diana had a big present in store for her son Prince Harry’s 30th birthday: her wedding dress.

As stipulated in the late princess' will, the iconic gown will officially be inherited by both of Diana's sons -- Prince William gets to share -- on Harry's big day, Sept. 15, TODAY reports. 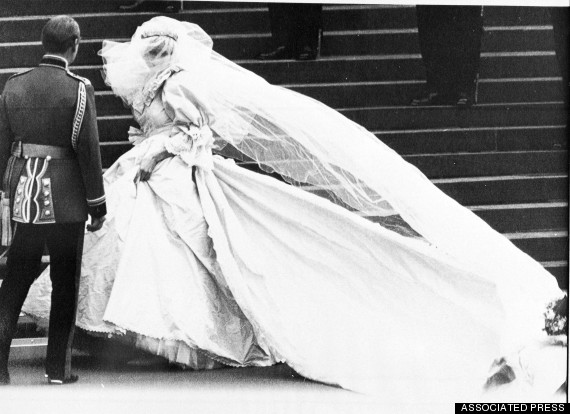 Then-Lady Diana Spencer wore the stunning ivory silk and taffeta lace gown, designed by David and Elizabeth Emanuel, during her 1981 nuptials to Prince Charles. The royal couple recited their vows at St. Paul's Cathedral in London in front of hundreds of millions who tuned in to watch on TV.

The Victorian style dress, which was hand-embroidered with over 10,000 tiny mother-of-pearl sequins and pearls, boasted a 25-foot-long train -- the longest in royal history, according to the National Constitution Center.

Needless to say, the dress became an instant legend. It has recently been on a tour around the world and was regularly displayed at her family's estate, Althorp, in Northampton, while in Diana's brother's possession. Women's Day reports there's a hope the princes will put it back on display at Kensington Palace in London, where Diana lived. 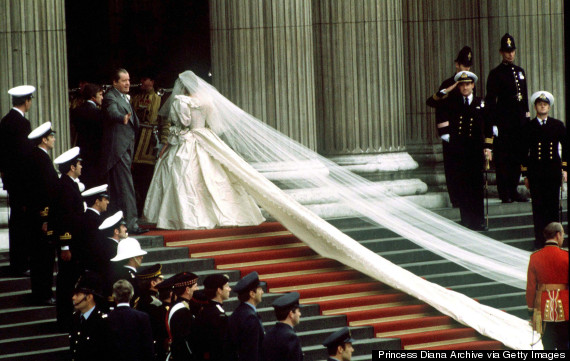 Both Prince William and Prince Harry will also inherit other items from the estate of their mother, who died in a car crash in 1997, including personal photos, letters, and jewels. The score and lyrics to Elton John’s adapted version of “Candle in the Wind,” which was performed at her funeral, will also be handed down.