Since we're the type to get excited about royal weddings, we were thrilled to discover that a European princess said "I do" on Saturday -- in a dress that looks a wee bit familiar.

Princess Felipa of Bavaria, one of the daughters of Prince Leopold and Princess Ursula, got hitched to film producer and commoner Christian Dienst on Saturday in Germany.

Felipa, 31, tied the knot with Dienst at Wies Church in Steingaden in a tiara (natch) and a dress with sheer long-sleeves that reminds us of another much-celebrated European wedding gown. The 500 guests, many from royal and aristocratic families in Germany and elsewhere in Europe, then celebrated at a nearby restaurant.

In case you were wondering as we were, the Bavarian royal family, aka the House of Wittelsbach, ruled the German territory of Bavaria (now a state in Germany) from 1180 to 1918 and provided two Holy Roman Emperors. If you're even more curious, here is a (very complicated!) Wittelsbach family tree.

Congrats to the happy couple! See photos of Princess Felipa's dress and the church below: 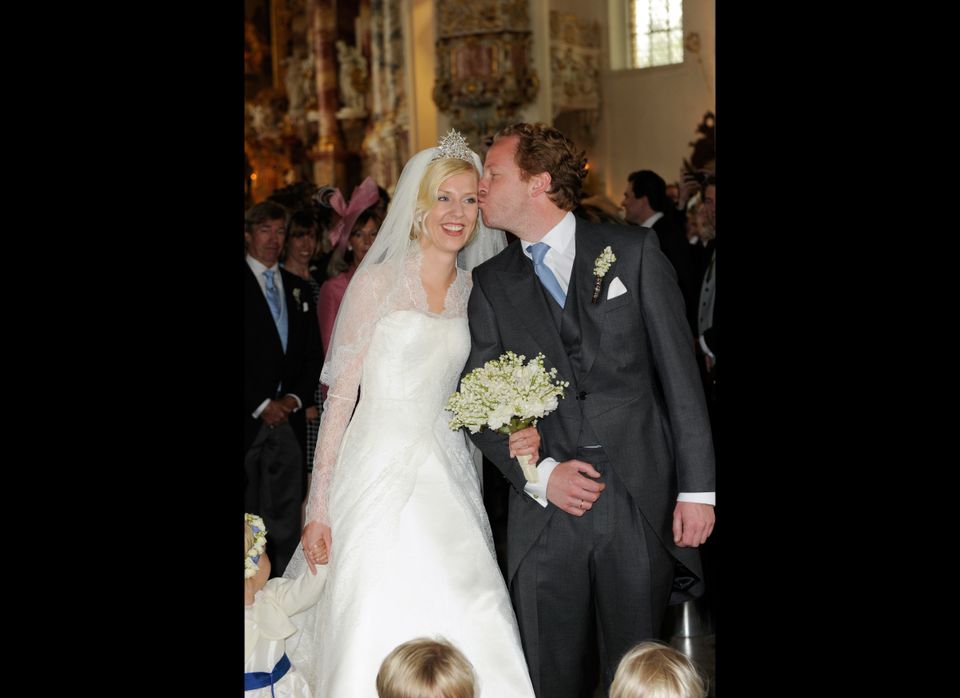