We already knew Victoria Beckham dresses were beloved by celebrities and fashion editors alike. But the British designer has gained a new fan base: royals.

Princess Madeleine of Sweden, the youngest daughter of King Gustaf and Queen Sylvia, got together for lunch and a photo opp today at the Royal Palace in Stockholm.

Together with Prince Charles and Camilla, who are visiting from the UK, Madeleine posed with her siblings Prince Carl Philip and Crown Princess Victoria, brother-in-law Prince Daniel and her parents. While most will probably focus on Victoria, who looked bright and springy in kelly green, we're freaking out about ever stylish Madeleine, who went short and flirty in a black Victoria Beckham design.

The youngest princess, who broke off her engagement back in 2010, is known as a rather fashion-forward royal -- perhaps she could recommend to the Duchess of Cambridge some nice Victoria Beckham Spring/Summer 2012 designs? 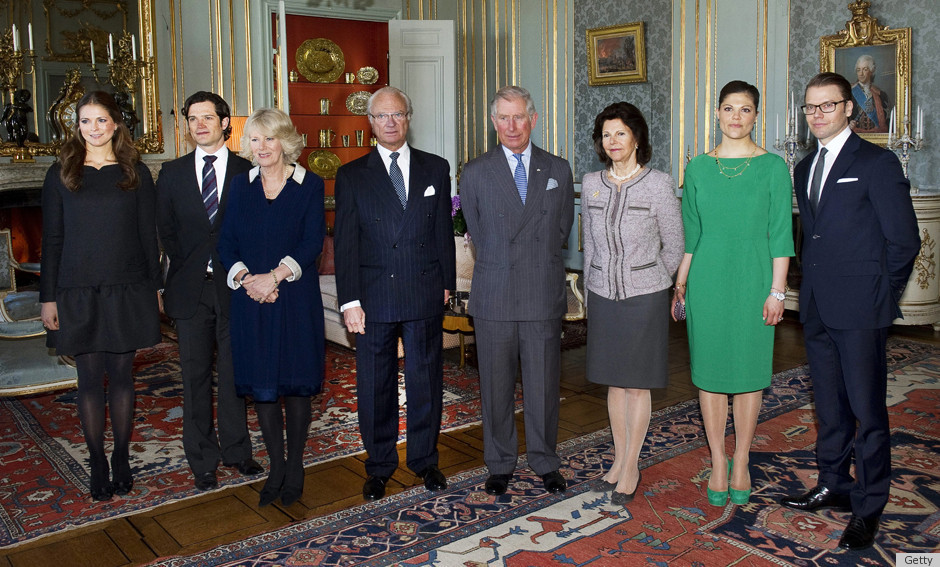