Rethink everything you know about the life of a princess. Whether it's Disney's classic tale of a young woman stowed away in a castle waiting for her prince, or tabloids debating which designer created Kate Middleton's best look, Princess Reema from Saudi Arabia breaks all stereotypes of how a princess is portrayed in mainstream media globally. 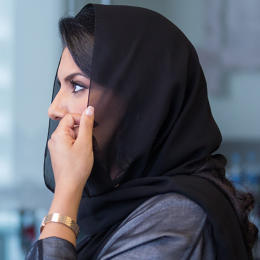 Princess Reema Bint Bandar Al Saud is the exceptional and accomplished CEO of the leading luxury retail corporation Alfa International, and a founding member of the Zahra Breast Cancer Association. Princess Reema commented on success and her support for women in business, "What I realized was that it's not impossible, it's just not done before. I try to open the window wider for other women. It's okay to be the first one, but don't be the only one."

She is a devote mother, loving daughter, and driven pioneer in her country. On moving to Saudi Arabia at the age of 30 after living in the US she said, "I'm a mother and that trumps nationality." Princess Reema's father, Bandar bin Sultan, is a great inspiration for all her business and humanitarian endeavors, and shared this key advice, "If it's something you can change, give it your best effort. If not, deal with it."

She is giving her all to a cause close to her heart, to educate women in her country on breast cancer. Princess Reema drives to bring light to cancer diagnosis in Saudi Arabia. This is evident and can be witnessed with her upcoming event on December 12th, 2015 in Riyadh. Princess Reema organized 10KSA, a day where 10,000 people will gather and form a record- breaking giant pink ribbon, the universal symbol for breast cancer patients and survivors! 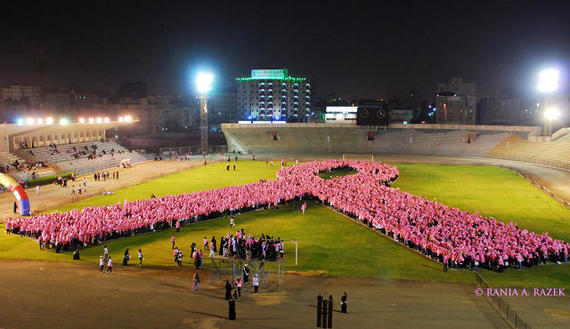 "10KSA is about community and educating women about the available healthcare resources - providing excellence and exhibiting excellence," Princess Reema explained about her upcoming initiative.

Princess Reema's work with 10KSA is extremely relevant because of the impact breast cancer has in Saudi Arabia. According to the Saudi Cancer Registry, the majority of patients diagnosed with breast cancer are in an age group between 40 - 50 years-old and predominantly premenopausal.

Breast cancer is the single leading cause of cancer death for women 20-59 years old in Arab countries, including Saudi Arabia. Princess Reema knows that breast cancer is a topic that must be addressed and awareness brought through media, social media, and events such as 10KSA. Diagnosis and treatment in Arab states is 10 years behind the USA and European countries.

Savvy Princess Reema explained, "10KSA is the most engaged social media community in the entire GCC region with Instagram, Twitter, Facebook & more ... because of their massive base of women followers."

This special royal has a heartfelt aspiration, vision, and wish for women and the next generations (including her own children) around the world.

Princess Reema's shares, "What I really want to see for Saudi women in the future is mobility and transportation. I hope my daughter has the ability to achieve what she wants to as long as it doesn't hurt others. And I wish for my son to respect women and their capabilities, and to be attracted to capable women."

Princess Reema wears a crown of wisdom and passion.