(RNS) Meet Amanda, Casey, Ashlee, Chanel, Joey and Erica. They spend their time and their parents’ money shopping for designer labels, searching for rich husbands and lounging by the pool with a glass of wine in hand.

They’re self-admitted “Jewish American Princesses,” and Bravo’s built a whole reality series, “Princesses: Long Island” around their exploits. The show follows six unmarried 20-something Jewish women living with their parents on New York’s Long Island. The first two episodes were titled “You Had Me at Shalom” and “Shabbocalypse Now.”

“Everybody has a stereotype of a Long Island Jewish girl,” cast member Ashlee White said on the show’s June 2 premiere. “People get so offended! I’m like, ‘Bring it.’ I’m Jewish, I’m American, and I’m a princess.”

And that’s where some Jews — and even some Long Islanders — have a problem.

“Most offensive to me is the further perpetuation of the old ‘Jewish American Princess’ stereotype,” said Reform Rabbi Marci Bellows of Temple B’nai Torah in Wantagh, N.Y. It’s a form of self-hatred that always makes her cringe, she said.

“It is even worse when we showcase these stereotypes to people of other religions and cultures. Jewish women can be strong, independent, and wise — a fact missing from this terrible show.”

Bellows said a number of her female colleagues are upset at the show’s depiction of Jewish women as overly dependent, spoiled and concerned only with finding a rich husband.

“I think most of us just hope the show will have poor ratings and be canceled,” Bellows said.

It’s the latest installment in a string of religiously themed reality series like “Breaking Amish” and “Sister Wives.” The “docu-series,” as Bravo calls it, depicts extreme characters chosen for their ability to fill a stereotype.

Robert Thompson, professor of television and popular culture at Syracuse University, said the show is part of an emerging genre.

“You take a group of people and you deliberately cast and shoot and edit it so that it kind of fulfills the thesaurus of stereotypes that we’ve been hearing for a long time about those groups,” Thompson said.

Many Jews see the “princess” stereotype as derogatory; calling a young Jewish woman a “JAP” is not usually meant as a compliment.

Conservative Rabbi Leslie Schotz of Long Island’s Bay Shore Jewish Center said she thought about confronting the women on the show for their shameful behavior.

“I would love to have a counter-reality show to say what the truth really is,” Schotz said.

It’s not just Jews who are upset — some Long Islanders are, too, especially after White referred to the village of Freeport as “ghetto.” She has since apologized about her commments on her Bravo blog.
One Freeport woman created a Change.org petition, which has more than 500 supporters, urging Bravo to cancel the show. Similarly, a Facebook page with nearly 5,000 likes is pushing the public to boycott the show, and helped organize a public protest in Freeport last week.

“It’s hard for that to trump all the people who just keep watching,” Thompson said of the boycott. “Some of whom, by the way, watch it because they find a certain appeal in being outraged.”

Rep. Steve Israel, who represents a congressional district in central Long Island, is boycotting the show, and hopes others will join him. Israel, who’s Jewish, said the show fuels anti-Semitic stereotypes that “Jews have spent thousands of years trying to dispel,” mainly that they are materialistic and money-hungry.

Those hoping the show gets canceled may be in luck; ratings for the June 16 episode dropped by 100,000 from the previous week, down to 780,000 viewers at its 9 p.m. time slot, according to Nielsen TV Ratings. A rerun of A&E’s “Duck Dynasty,” meanwhile, brought in more than 2 million.

NBCUniversal, which owns the Bravo network, declined to comment, as did the Anti-Defamation League, which typically keeps a close eye on negative portrayals of Jews in the media.

Thompson said the show shouldn’t be seen as a window into Jewish-American life, even if viewers might glean bits and pieces of it from the show.

“What gets privileged and what gets emphasized is certainly not representative of some general set of characteristics about this population,” he said. 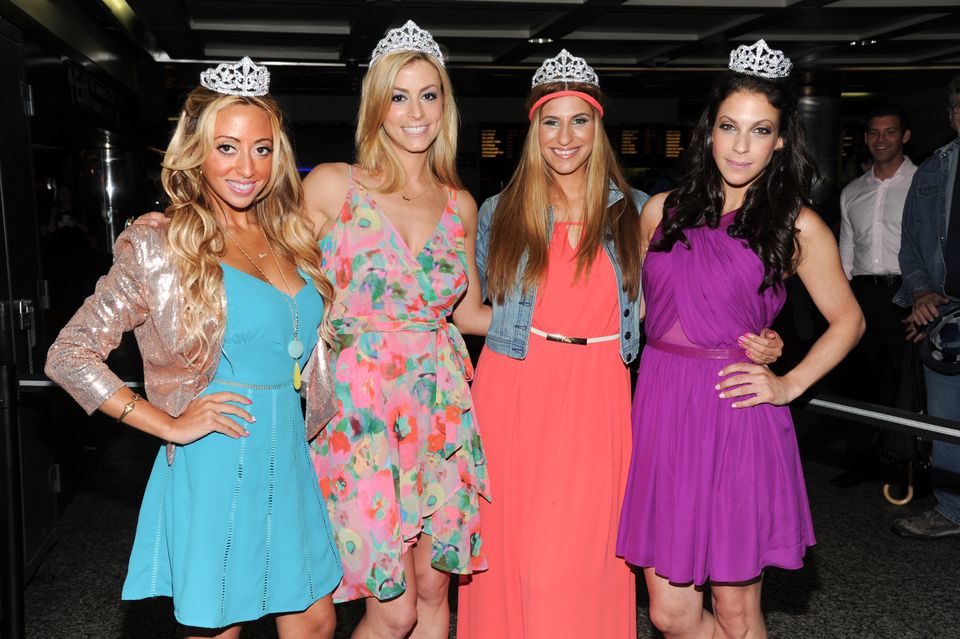