It was only a matter of time before 3D printing technologies would be applied to chocolate. With its inimitable taste and ample shelf life, chocolate is the world's most popular medium of edible representation. Ever since a series of 19th century inventions allowed us to start eating the stuff in solid form, confectioners have tinkered with a smorgasbord of chocolate novelty products designed to please the eye as much as the palate.

Additive manufacturing, better known as 3D printing, lets the art of confectionary soar to new heights. "From reproducing the shape of a child's favourite toy to a person's face," one English company website boasts -- "the possibilities are endless." Today there is only one printer available to the public for purchase: the Choc-Creator, which retails at about 4500 dollars. But this won't be for long. Earlier this year, four Canadian engineering students at the University of Waterloo attracted a lot of fanfare by building a chocolate laser printer as a school project. In the past month, several entrepreneurs have started Kickstarter campaigns and patent applications to set up scanning and printing workshops of their own. It's getting easier and easier to imagine a day when every chocolatier will own some type of 3D printer.

Why have so many chocoholics caught the 3D bug? In chemical terms, rich velvety chocolate is well-suited to FDM (fused deposition modeling) types of printers, where tempered liquid chocolate passes from a tank through a nozzle and constructs, layer by layer, a 3D edible design. Chocolate's low melting point is also well suited to flashier SLS (selective laser sintering) technologies, in which a laser fuses small particles of chocolate powder and cocoa butter into a tasty solid mass.

But chocolate is more than just handy medium. Being a perennially popular sweet treat, chocolate is an attractive tool to make a new and potentially unsettling technology more accessible to an audience skeptical about the moral and social implications of 3D printing. The prospect of printing guns sparked a nation-wide ethics debate; chocolate printing, by contrast, is a low risk endeavor. "We wouldn't want people to design airplanes online," Richard Everson, a professor of Machine Learning at the University of Exeter matter-of-factly explained, "but if [chocolate-printing] goes horribly wrong, then all you have is a mess of chocolate, not a fatal crash."

We still don't know how 3D printing will affect our beloved sweet treat. Indeed, the history of chocolate manufacturing has shown that the meaning of cacao in our culture has always had much to do with the physical form in which it is consumed. For most of its history, chocolate was consumed as a drink rather than food. The pre-Columbian Aztecs dyed their unsweetened chocolate beverage red in religious rituals in order to make it look like blood. These nefarious associations were hard to shake. As chocolate migrated to the Old World over the 16th and 17th centuries, it became the signature beverage of decadent aristocratic libertines (likely compounded by the fact that it was usually consumed at breakfast). Drinking chocolate on both sides of the Atlantic was the exclusive privilege of elites.

It wasn't until the mid 19th century that this luxurious liquid could be turned into a solid dark chocolate bar. Milk chocolate didn't appear for another 30 years after that. But the technological innovations that popularized "eating chocolate" (as chocolate bars were then called) also spawned markets for elaborate molds and colorful packaging, giving rise to new domestic ceremonies and rituals of consumption. No longer did chocolate symbolize the blood red life force, as it did for the Aztecs. Instead, it punctuated meals, holidays, and romantic courtship. It started to appear in gift boxes. Nor did it hurt that the great minds behind the chocolate industry -- people like Joseph Storrs Fry and John Cadbury -- were socially conscious English Quakers preaching the gospel of sobriety and honest work. Solid chocolate thus enjoyed the best of both worlds. Its manufacture evoked that unshakeable Victorian faith in industry and progress, but without the social emptiness of industrial life. Even today we imagine the chocolate factory through the eyes of the enraptured Charlie Bucket, not through those of an underpaid and exploited laborer. 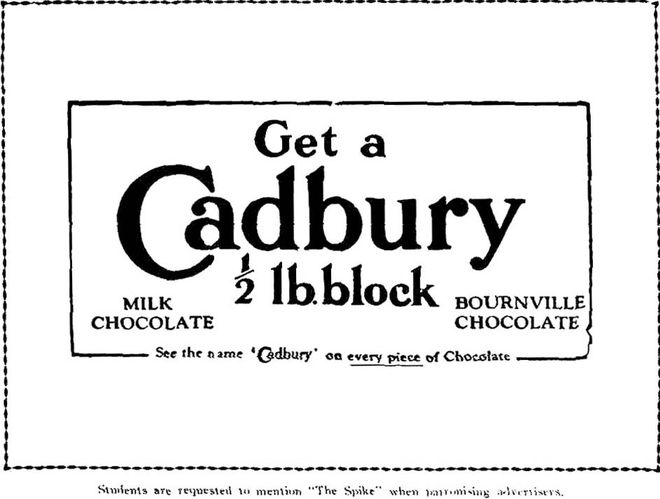 3D chocolate printing is still in its infancy, but already it is sparking debates about the relationship between food and technology. Can printed food coexist with the ever-greater presence of local and organic movements? Will we one day be able to print individual molecules in delicious combinations? Does printed food have the ability to feed the world? We will have to wait and see, but for now, one thing is clear: printing in 3D undoubtedly will alter the meaning of chocolate in our daily lives.