PENWELL, Texas (AP) — A county sheriff says at least 10 people are dead after a bus carrying state prisoners skidded off an icy highway overpass in West Texas, slid down an embankment and collided with a train. 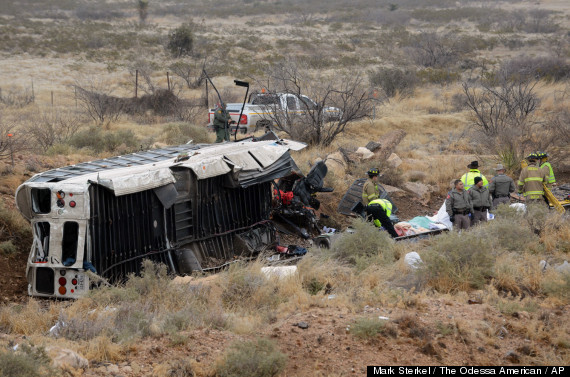 A spokeswoman says Medical Center Hospital in Odessa is treating five patients but had no additional information. 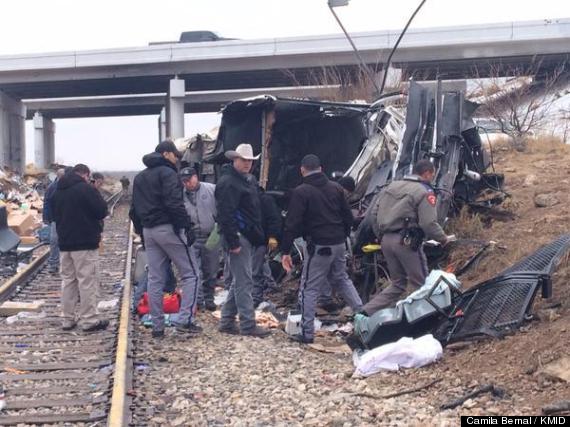 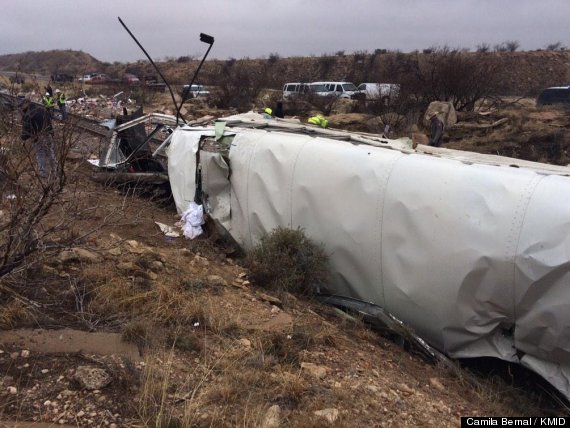 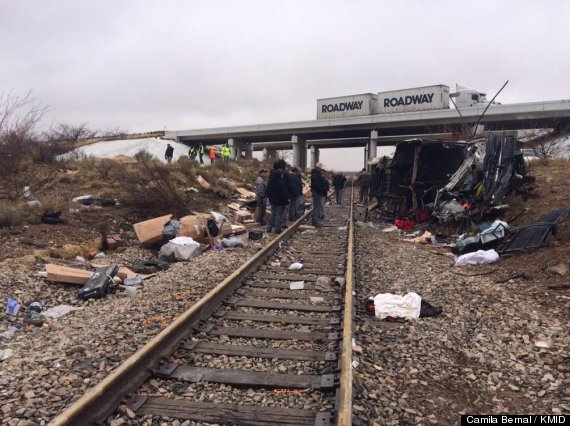 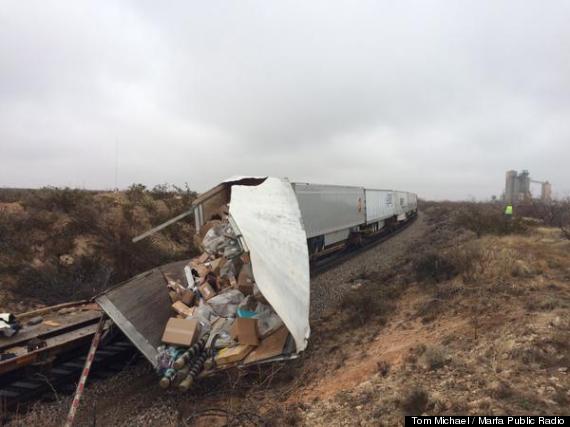 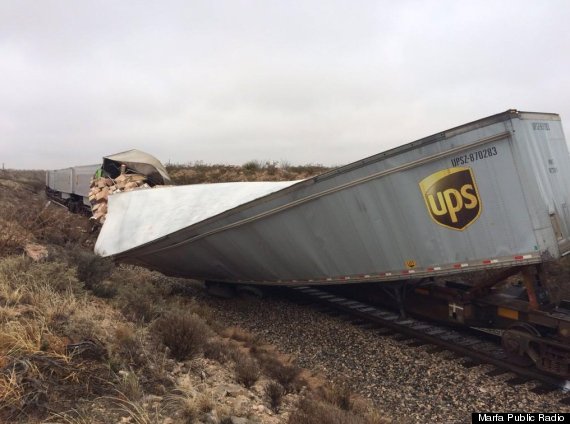