He thought jail was a real drag.

Silva, 39, allegedly shaved his arms and legs, dolled up his face and threw on a wig before waltzing out of Penedo prison, unnoticed by guards inside, the Mirror reported.

However, there's more to being a woman than a bra and panties. This guy couldn't carry himself in heels. A cop noticed Silva walking strangely less than an hour later on the street and collared him on the spot.

"He was wearing a wig, painted false nails and a long dress," Jail director Carlos Welber told The Sun. "He'd spent a long time shaving his legs and arms. There was a lot of preparation and premeditation involved in this."

The result is a shocking before-and-after mugshot, in which Silva can be seen wearing a pretty blue dress, lipstick and a wig. 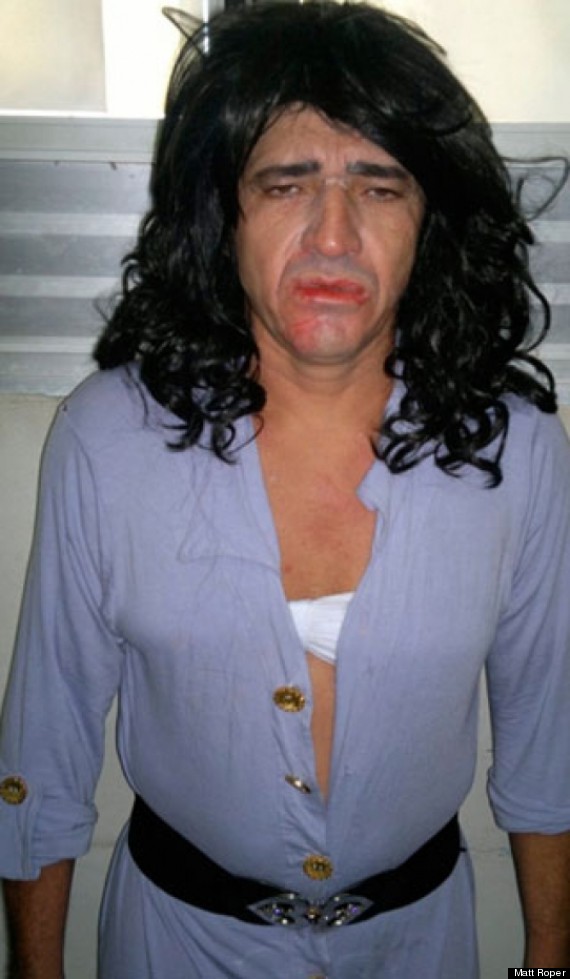 Welber said that Silva's wife had exchanged clothing with him during a visit, but reportedly claimed that she had no idea why her hubby wanted to cross dress.

Silva had already been awaiting trial for drug trafficking, and was transferred to the prison after another attempt to escape jail, according to Hispanically Speaking News. In that case, Silva allegedly had armed men invade the jail to break him out.