The American government has been critical of China's forced-labor policies, but the United States has a burgeoning prison labor pool of its own.

Russia Today filed a report on Sunday that said hundreds of companies nationwide now benefit from the low, and sometimes no-wage labor of America's prisoners.

Prison labor is being harvested on a massive scale, according to professors Steve Fraser and Joshua B. Freeman.

"All told, nearly a million prisoners are now making office furniture, working in call centers, fabricating body armor, taking hotel reservations, working in slaughterhouses, or manufacturing textiles, shoes, and clothing, while getting paid somewhere between 93 cents and $4.73 per day," the professors write.

And some prisoners don't make a dime for their work, according to the Nation, which notes that many inmates in Racine, Wis. are not paid for their work, but receive time off their sentences.

The companies that do pay workers can get up to 40 percent of the money back in taxpayer-funded reimbursements, according to RT.

That not only puts companies that use prison labor at a distinct advantage against their competitors, but, according to Scott Paul, Executive Director of the Alliance for American Manufacturing, it means American workers lose out.

"It’s bad enough that our companies have to compete with exploited and forced labor in China,” Paul told the Nation. “They shouldn’t have to compete against prison labor here at home. The goal should be for other nations to aspire to the quality of life that Americans enjoy, not to discard our efforts through a downward competitive spiral.”

Companies like Chevron, Bank of America, AT&T, Starbucks and Walmart all take advantage of that so-called "competitive spiral."

One of Walmart's suppliers, Martori Farms, was the subject of an exposé by Truthout in which one female prisoner described her typical day working for the private company.

Currently, we are forced to work in the blazing sun for eight hours. We run out of water several times a day. We ran out of sunscreen several times a week. They don't check medical backgrounds or ages before they pull women for these jobs. Many of us cannot do it! If we stop working and sit on the bus or even just take an unauthorized break, we get a major ticket which takes away our 'good time'.

In response, Joseph Oddo, Martori Farms' human resource director, told the Guardian that the company is no longer using inmates because prisons are not always able to provide workers on call the way they need. Oddo also said that workers were provided enough water, but the prisoners didn't sip it slowly enough.

In a press release on Walmart's site, Ron McCormick, vice-president for produce, said, "our relationship with Martori Farms is an excellent example of the kind of collaboration we strive for with our suppliers." 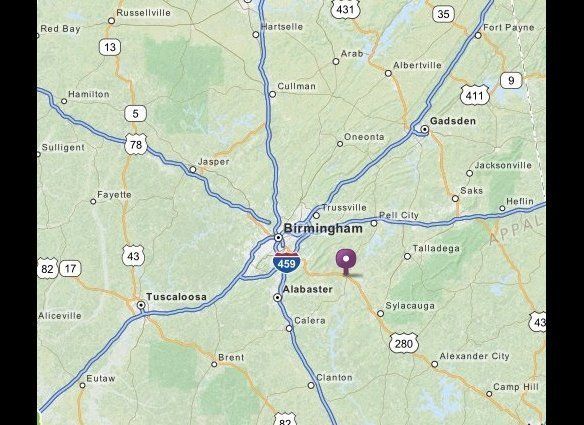