The big problem? Prison health care spending is rising fast with few signs of slowdown, according to a new report from The Pew Charitable Trusts. 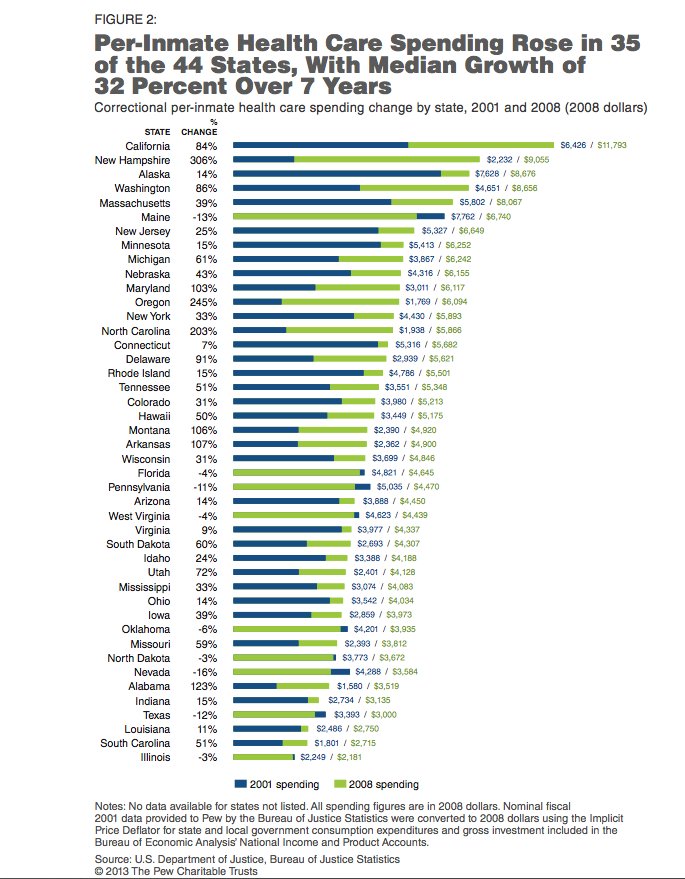 What's to blame for spiking costs? The report suggests it's the prison system's aging inmate population (and the chronic diseases, mental illness or substance abuse issues that come with such a demographic shift).

But there could be ways to curb these rising expenses. One such option for states could be to expand Medicaid -- an option available under President Barack Obama's Affordable Care Act -- according to the researchers.

Either way, it's a problem to watch.