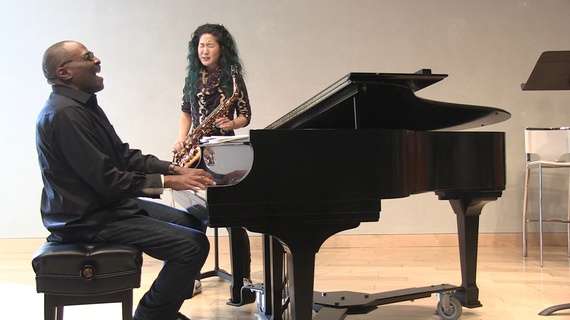 Over the weekend, I met NC Heikin*, a fellow filmmaker for a drink in Paris. She ordered a green healthy juice and I had a cosmopolitan, my toddler was sleeping in her stroller next to us, then we started talking about our projects as filmmakers usually do. NC told me she'd been following the story of Reggie Austin, a man who'd killed his girlfriend when he was high on heroine. He was given parole after 35 years in prison. I'm very aware of the issue of mass incarceration in the US and how it affects people of color over white people, however I never came so close to consider the story of a man who was guilty of something more than selling drugs, this was confronting to me. Why did she want to make a film about a murderer? I asked her, if she could forgive him and NC told me, it wasn't about forgiveness, it was about justice. Then I asked if Reggie is black, and she said he is. She also told me that "One of the reasons so many African-American men are in jail is because once they're in, they don't get out."

Her film isn't about guilt or innocence it's about justice, a man who could have been an accomplished musician today works as a garbage man.

This is an interview I did with her after.

What did you feel the first time you met Reggie Austin?

I met Austin in 2012 when he was still inmate #B57661. He was an imposing guy, but very polite and well spoken. He seemed really nice. When he told me he was in for second-degree murder, I literally backed away. I wasn't afraid of him, but I was definitely put off. He was not threatening, but I had never to my knowledge spoken with someone who had taken a life. He disarmed me by openly talking about his crime and that you "couldn't take away from the seriousness" of some of the San Quentin inmates' crimes, then impressed me with his cogent statement about how nevertheless there were abuses going on in the prison system. Then he said he needed a piano, and I felt like I was being conned, but really he was just saying he needed a piano and probably thought I could help.

Why did you decide to make a film about a man who killed another person?

What drew me to Reggie's story was the fact that he played with the band I had brought into San Quentin to do a concert. The concert itself was all about redemption--specifically of the late Frank Morgan, who spent more than his share of time in San Quentin because of drug abuse. We were all blown away by the experience-- the all-star jazz band, the crew, and most of all, the inmates in the audience. Incredibly, Reggie Austin knew Frank Morgan. He had the courage to get up and play with the all-stars, but afterwards he let me know that the evening changed his life. He felt reborn because of something I had brought about. That's when I felt I had a stake in his future, for better or worse. 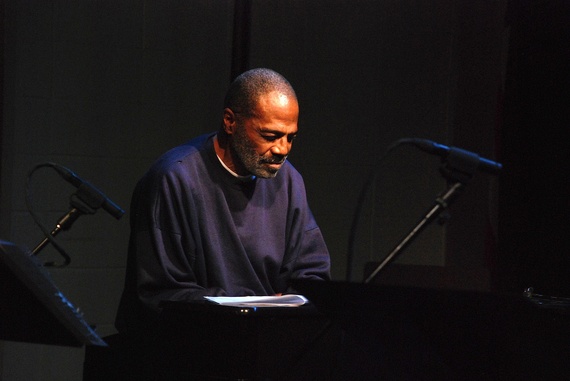 Mass Incarceration is one of the most talked about topics in America today. Why is this story different?

I'm approaching the problem from a new angle, and through a very personal experience. One of the reasons so many African-American men are in jail is because once they're in, they don't get out. A recent New York Times report found that in New York State, one in four white men get parole, while only one in six black men do. Black men are more likely to get life sentences and serve much more time on that sentence than their white counterparts. In the case of murder, we expect parole boards to want to protect public safety, but the same prejudices that occur among police toward black men, occur in parole boards toward prisoners petitioning for parole. Indeed, many of the people serving on parole boards are former law enforcement. The repeated denial of parole becomes de facto resentencing. Additionally, anywhere there are private corporations running the prisons, there is zero incentive to let an inmate out. Private prisons make money on each prisoner, so the more prisoners they keep, the higher their profits. With little oversight, they cut corners where they can to increase profitability. This translates into worsening conditions for the prisoners.

What is the relationship between race and lifers in the US?

In California alone, there are 34,000 lifers--quite a few more than the next highest state. Many of them were handed life sentences under the "three strikes and you're out" law, often for relatively minor offenses. The three-strikes law fell disproportionately on black men, who could be picked up for minor offenses such as possession of marijuana, that would not have resulted in prosecution for a white guy. Black men know they are a hair's breadth from being arrested almost all the time. If they are only slightly unlucky they can get picked up for disorderly conduct, possession of drugs, resisting arrest, all of which might not be construed as offences if the perpetrator is white. Once arrested, black men are typically counseled to cop a plea by public defenders who don't have the time to fight the system for all the disadvantaged people going through it. Without a good lawyer, chances are you're going to jail. Black men wind up convicted felons and in the system. Three of these and you're sent away for life. My personal statistical observation: I met eight lifers in San Francisco while filming for Life Crime, five still inside and three who had gotten out. Of the eight, seven were black.

I know you spend your time between France and the US. Is the system in France any different?

Notably, the French, like their European counterparts, do not have the death penalty. Their maximum sentence for truly heinous crimes, such as those involving terrorism, assassination, or the murder of a child, is life. But other murders have a maximum of thirty years or twenty years depending on the severity of the crime. Reggie Austin would probably have been sentenced to twenty years in France, and had he been as model a prisoner in France as he mostly was in the US, he would have gotten out after the twenty, if not before. The International Criminal Court sentences mass murderers to thirty years. Reggie was in for thirty-five! 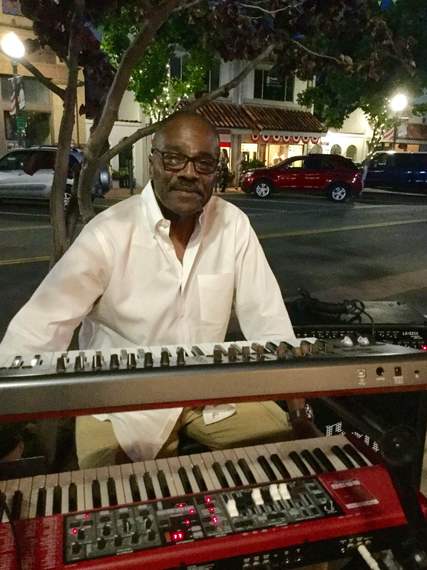 You talk about music/art as a way to change someone's life, but how?

The minute you can focus a person's attention on something creative, you give that person an outlet. A prisoner has had all his freedoms taken away, but participation in any art form provides a kind of liberation. When you are completely involved in music, or dance, or writing, you forget your surroundings and immerse yourself in your art. This can only be good for a prisoner, to be able to experience that kind of release and realize he can do it at any time, that it is not dangerous to him or others, and that in most cases it fosters community with the other inmates on a non-confrontational level. The prisoner learns to work with others in a new way and gains confidence as well. (Think putting on that school play in high school.) Many prisoners are completely locked up inside--traumatized by what they have done on the outside as well as by being in prison. Playing music or putting on a show gives them an avenue of expression that can help them sort their feelings and feel a little joy. The punishment is being in prison. They don't have to also be punished with totally dehumanizing privation.

In the end I asked NC how she was going with the film and she told me she was running a kickstarter campaign but it was really tough because it is a film about a guy who committed a terrible crime, it's not the typical story of an innocent man sent to prison, it's about the complexity of mass incarceration and how injustice is rooted within the justice system.

I think is an important issue and I have donated to NC's campaign, if you like to donate here is the link, the campaign ends in three days.

* NC Heikin's first documentary, Kimjongilia, about North Korean refugees, premiered at Sundance, won the One World Human Rights Best Film 2010, and has been seen by millions of people around the world. It is on The Documentary Channel and Netflix. Her most recent film, Sound of Redemption, The Frank Morgan Story, about a troubled jazz musician, was produced by bestselling author Michael Connelly and premiered at the Los Angeles Film Festival in 2014 and in NYC at Lincoln Center on August 2, 2015. Ms. Heikin lives in Paris, France and Yonkers, NY.