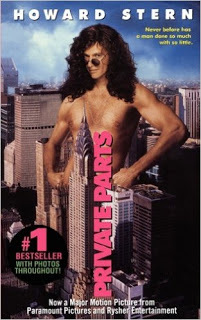 Breasts are much in the news recently. Remember Tom Wolfe's The Painted Word? Both Governor Cuomo and Mayor de Blasio have been trying to deal with upsurge of painted breasts in Times Square and then Sunday August 23rd was GoTopless Day in which women demonstrated their right to show their breasts in public ("Seeking Equality, Not Tips, Topless Marchers Draw a Crowd in Manhattan," NYT, 8/23/14). The nice thing about breast demonstrations is that there are no reports of violence on the part of the participants or the police (a peaceful situation that would only be interrupted by the intrusion of fringe elements who might try to remove their underpants too). In fact if you look at the expressions on the faces of the police assigned to topless rallies, they tend to be mostly smiling and content. But all these naked breasts bring back nostalgia for a more innocent time in American history when showing a breast really meant something and in which there was a food chain to undressing with the full sight of the breast and finally the seemingly impossible full view of the naked female genitalia resting at the top or bottom depending on which way you looked at it. Men could be demure since back in those days, before the notoriety of porn stars like John Holmes and Ron Jeremy and before advent of gay rights or women's liberation, for that matter, the penis was not even considered something that anyone would want to see. Howard Stern may have named his biography Private Parts, but for such an exhibitionist it's a misnomer. Back in the 50's the concept of private parts was really taken seriously and there were even marriages resulting in consummation and conception in which the lights were off and neither the male nor the female ever truly saw what was coming or what tunnel the train was going into. Is the world really a better place now that women are showing their breasts on August 23rd ? Are people happy taking indulging other liberties which were never heard of in the past, like lovers urinating and even defecating in front of each other? It's a far cry from the halycon days when a straying satin bra strap or bulging package in Jockey underpants meant something. How are people going to have sex once all the mystery of the other is gone?