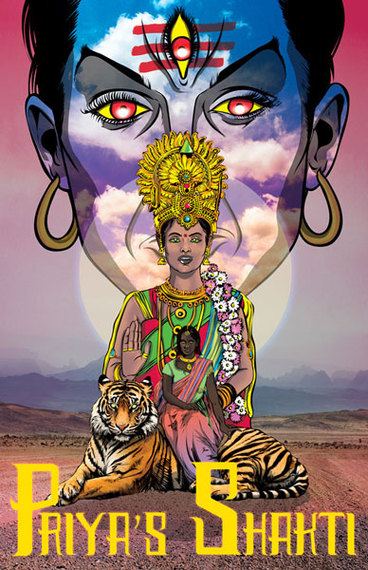 Two years have passed since the horrific gang rape of the woman who would come to be known as Nirbhaya on a bus in South Delhi. This month, gender-based violence in India was spotlighted again with the banning of Uber from New Delhi when a driver raped a female passenger. In the interim, many more women in India and around the world have been assaulted, with some gaining more media coverage than others. Behind the high profile of these two cases lie equally horrifying statistics of the regularity with which gender-based violence actually occurs, regardless of place, circumstance or socioeconomic status. This anniversary is a powerful moment to reflect on gender-based violence -- not just in India but the world over -- and the kinds of social change that a solution demands.

It was the widespread protests in India that followed Nirbhaya's rape and eventual death that first inspired one of the co-creators of Priya's Shakti, Ram Devineni, to take action. From various accounts, for example in a piece entitled "Outrage Has Yielded Little," it appears the anger and action unleashed following this tipping point case has not resulted in long-lasting legal or legislative reform. In the course of the protests and their aftermath, Ram recognized that India's rape problem was not only one of a lack of legal enforcement, though, but also deeply held cultural beliefs rooted in patriarchy. Any solutions proposed against gender-based violence would also have to address the prevailing culture of complacency and indifference.

As Priya's Shakti evolved as a project we decided that we needed to go to the heart of these culturally held beliefs through narratives, framing and technologies that would appeal to a young demographic most ripe for discussion. And we further needed to encompass both the specificity of the situation in India, as well as make a sweeping critique of the structures that buttress gender-based violence everywhere.

We chose to center the project on a rape survivor, Priya, who calls upon the Hindu Goddess Parvati for help, and later through an awareness of her inherent power joins her as an ally. In our story, these women's power is not trivial and will not be second-guessed. Our narrative dives into the matriarchal origins of Hinduism from millennia ago, mining that narrative to understand that Hinduism and Hindu-based cultures which affect millions of people does not support the subordination of either women or men and does not need to be interpreted as such. 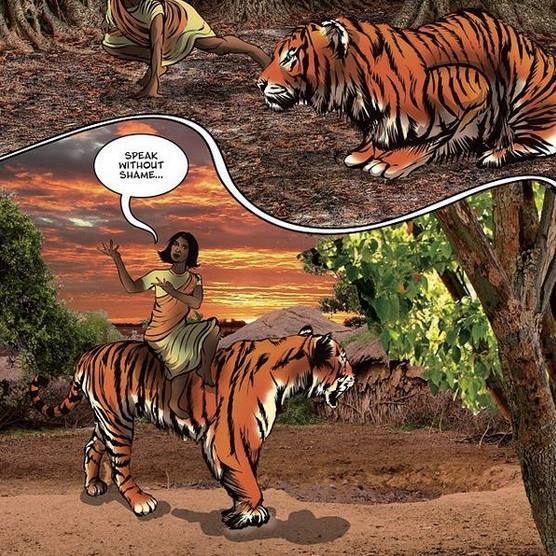 Additionally, Priya is not docile, light-skinned, hyper-sexualized or objectified in the way mainstream Indian or global media often presents women. She is both an everywoman as well as a superhero who starts to build her own movement through the help of a powerful ally in Parvati. This framing helps us focus the story not on perpetrators or punitive action alone, but on a woman honing her own voice to speak out against the oppression she faces and gather a force of allies through love, song, and connection.

Casting Priya as the modern Indian superhero is not the only alternative narrative we hope to advance with this project. Priya's Shakti is a digital platform with multiple story layers that elevates the project's message as much in its distribution and engagement -- using methods that are innovative and largely unprecedented in the context of the NGO sector -- as it does in Devineni's and Vikas Menon's storyline or Dan Goldman's iconic artwork. Some of the most encouraging reactions we've received for Priya's Shakti so far are from those who recognize the originality of our approach towards using a comic book with augmented reality story and action elements as a tool to support a global social justice movement. 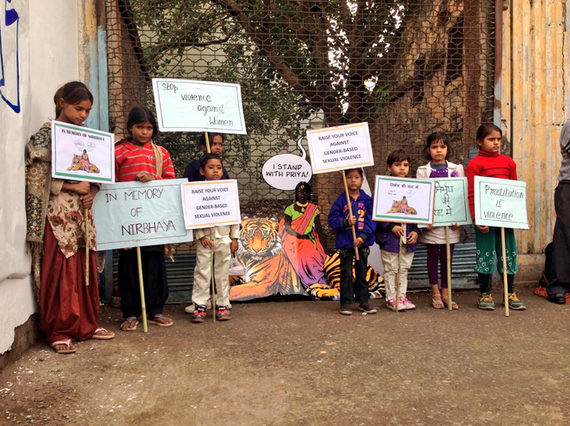 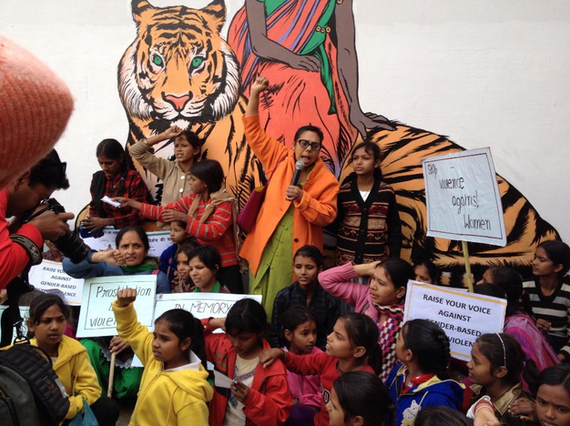 To hit at some of the systemic problems using our platform, we have formed partnerships within the NGO sector, including Apne Aap Women Worldwide and the Circle of 6 app, to make our project part of a strategic platform to support the global movement against gender-based violence. In the same vein as placing Priya at the center of our book's narrative, we have placed survivors and children at the heart of our engagement platform. We have our given our audiences access to the voices of real survivors to tell their own stories in our augmented reality elements as fuel for the larger of the global movement to combat violence. And Ram has worked with children in comic book writing workshops, to help them tell their stories and strengthen their voices and their comprehension of how to build a more just world. 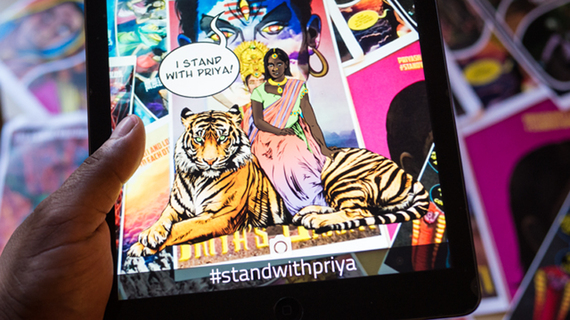 Will this project alone solve gender-based violence? No. Will we have measurable outcomes in shifts and attitudes and behaviors? We're not certain. But we do want Priya to be a superhero that both girls and boys can get behind. We are aiming to have the story of Priya's transformation will reach our target audiences in India, the U.S. and worldwide as an educational and entertainment-based tool to change the conversation around rape and rape culture.
And we've done our best to give Priya a good back-story and we've laid out a plan for how her audiences can interact with her, to help them understand the dimensions of the problem, the role of women in taking control of their own destinies, and the ability to take action.

But the beauty of this project also lies in the unexpected, in the ways that those who interact with the comic give meaning to the story. In the end, just as Priya is not defined by violence inflicted on her, Priya's story is also not defined by that violence. It is about the possibility of transformation. Changing social and cultural conventions surrounding rape -- rape culture -- will demand both the imagination of todays youth, and it will take no small amount of power.