Medications like buprenorphine and methadone have revolutionized the treatment of people with opioid use disorder, including those with severe disorders (addiction). By controlling cravings and withdrawal symptoms without producing a high, these medications enable the patient to engage in treatment and make healthier choices while balance is gradually restored in brain circuits involved in reward and self-control. In people with severe disorders, these circuits are greatly disrupted. 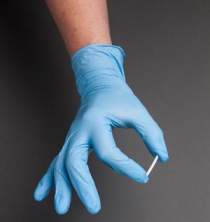 One of the challenges with all addiction medications, however, is making sure patients adhere to their prescribed regimen. For the medication to be effective, the patient must take their prescription or show up at the clinic on a daily basis. This can be challenging for anyone managing life's responsibilities, especially in times of stress. Failing at this challenge can mean relapse, which can delay recovery.

Today brings a new ray of hope for many people with opioid use disorder, with the eagerly awaited FDA approval of a long-acting buprenorphine implant called Probuphine. This subdermal (under the skin) implant delivers a constant low dose of buprenorphine over a six-month time span, the first such tool in the treatment of opioid use disorder. The implant is approved for individuals with opioid dependence who have already been treated with, and are medically stable on, existing orally absorbed buprenorphine formulations. It thus gives physicians a valuable new therapeutic tool for this subset of patients.

Buprenorphine, which in numerous studies has been shown to significantly improve outcomes for patients, has previously only been available in products that must be taken daily. The Probuphine implant, created by marrying buprenorphine to a polymer, delivers the drug steadily in the body at a low dose, eliminating the need for daily dosing.

Buprenorphine, methadone, and depot naltrexone (a long-acting formulation of the opioid antagonist naltrexone)--a group of treatments known as medication-assisted treatments or MAT--have been demonstrated to help patients recover from opioid use disorder, improve their social functioning, and reduce their risks for overdose and for contracting HIV or hepatitis C; buprenorphine and methadone have also been shown to lessen patients' risk of criminal activity. Although these medications are highly cost-effective and far more successful at preventing relapse and illicit drug use than detoxification followed by abstinence, fewer than half of private treatment programs offer them. In those that do, only 34.4% of patients actually are prescribed them. This is why increasing the adoption of MAT--and overcoming the misconceptions and stigma that have stood in the way of using medications to treat drug addiction--is a central prong of the recently announced HHS and White House initiatives on combating the opioid problem in America.

Maintenance medications can make all the difference in supporting a person's stable recovery. I expect and hope that Probuphine will be a game-changer in how we fight opioid use disorder.

This article was originally posted on www.drugabuse.gov.