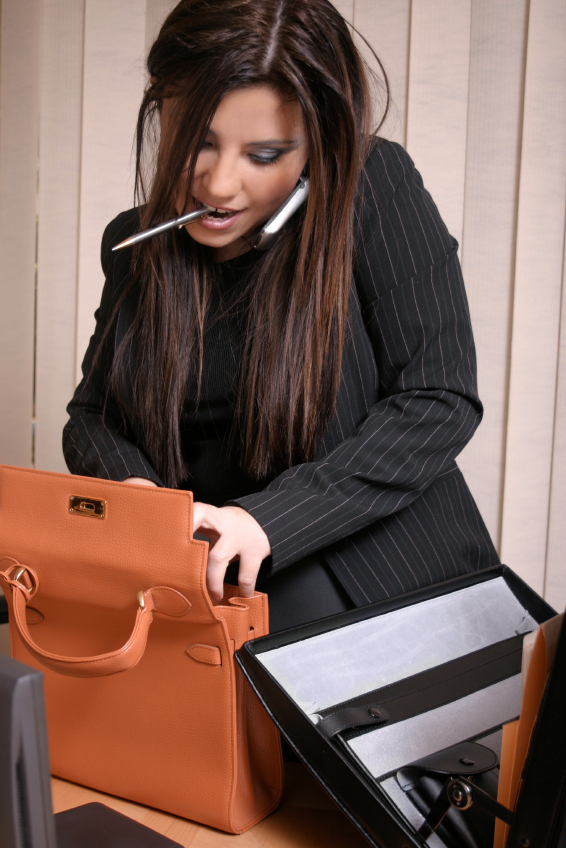 Just in case you're one of those people who doesn't participate in the universal sport of procrastination, let me define it for you:

Or as Napoleon Hill put it, "Procrastination is the bad habit of putting off until the day after tomorrow what should have been done the day before yesterday."

I don't know many people who don't procrastinate in at least some area of their life. For myself, getting my taxes done was my biggest pitfall. I would be one of those guys, sitting in my car at the airport post office 11:58 p.m. on April 15 sweating bullets, hoping I made it to get the postmark in time. And I didn't just do that once or twice. I did it every single year!

Many of us develop great justifications for procrastinating. "I work so much better when I'm screaming up to a deadline! The creative juices just flow." "I like to let a project percolate in my subconscious for a while before starting it." Or here's a good one: "If you just ignore them, 80 percent of all problems disappear or resolve themselves." I'm not sure if it's true that 80 percent of all problems simply disappear, but I do know that the other 20 percent can kill you!

The thing that's so weird about procrastination is that everybody knows it doesn't get you where you want to go -- yet we still do it. And procrastination doesn't even feel good. It's okay for a few moments -- during that period when you've convinced yourself that you'll get right back to what you're supposed to be doing in "just a minute." But after 10 or 15 minutes of avoiding what you really should be doing -- after watching the fifth cute cat video and reading every article you can find on the latest sports scandal -- procrastination begins to feel pretty crummy. Yet we do it anyway!

Enough about the problem. What about the solution? The Neuro-Linguistic Programming (NLP) I teach has a particularly effective technique for eradicating procrastination called "chaining anchors." It's simple but sophisticated, and we train students in our NLP Practitioner Certification Class to do it. I can't really teach it to you in this blog, but let me give you a sense of how it works:

First of all, within your procrastination, you already have a specific pattern that you follow. It might be subtle, but it will go something like this: You think of cleaning your house. Your brain quickly assesses how much work and energy that will take. You suddenly feel lethargic. You shift into overwhelm. So you decide to check your email and two and a half hours later, it's time to go to bed.

Most of us have also developed a fairly inefficient pattern to get out of our procrastination which may go something like: You berate yourself for being so lazy. You imagine what your mother would say if she walked in and saw how bad your house was. You feel unbearably guilty and drag out the vacuum cleaner.

Sound familiar? In NLP, we replace your inefficient pattern by anchoring a "chain" of states (feelings or moods) so that you're actually eager and happy to clean that house!

The process of chaining anchors begins by identifying your first state, that resistance you feel the moment you think of the project you don't want to do. Next, we establish your desired end state, the way you would prefer to feel so that you can be productive tackling your project, maybe even enjoying it. Then we figure out the interim states, like stepping stones along the way to take you from dragging your feet to being ready, willing, and able. Finally, we "chain" all of these states together so that the instant you feel procrastination coming on, it gets replaced automatically by your desired end state of feeling ready to go.

Let's take the housecleaning example. Your initial state -- the one that leads you to paint your toenails or do an Internet search for your old kindergarten teacher -- might feel like inertia or fatigue. You might feel listless and blah. This is your first state. Your desired end state might be energetic, efficient, and upbeat like that scene in Mrs. Doubtfire where Robin Williams gets down and boogies with the vacuum cleaner.

So what states would get you from blah to boogey down? Your first stepping stone might be resigned and determined, "This will be done!" Your next interim state might be optimistic, "Hey, this won't be so bad and it will feel great to a clean house."

Once you've identified the states -- blah to determined to optimistic to boogey down -- a trained NLP Practitioner then helps you "anchor" each state and "chain" them together so that the thought which usually encourages you to procrastinate inspires you to act instead.

Almost all of us could use a little less procrastination in our lives and it has an easy fix. Here is a NLP demonstration from one of my students on how to do chaining anchors.

"Procrastination is like a credit card: it's a lot of fun until you get the bill." - Christopher Parker