Did you catch the latest season of "Game of Arms"?

No, not "Game of Thrones." Another show. On AMC. Haven't seen it? Then you might not know about the world of professional arm wrestling. The skill that you spent your childhood honing is indeed a professional sport, complete with its own organizing bodies (including the World Armwrestling League, or WAL), its own rule book and, yes, its own professional competitions.

One of those pro tournaments, the "BIG MONEY, BADA$$ SERIES," is coming to Las Vegas this weekend, bringing with it hundreds of strong-armed pro wrestlers -- or "pullers," as they're called -- and their devoted fans. And the competition is going to get serious.

These guys are certified professionals. 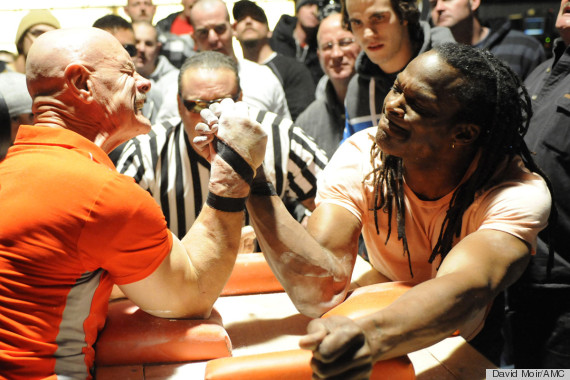 This means they've won first place in at least three tournaments and have earned their Pro Cards. Without that, you have to compete as a Novice.

Competitors must register by arm -- right, left or both. 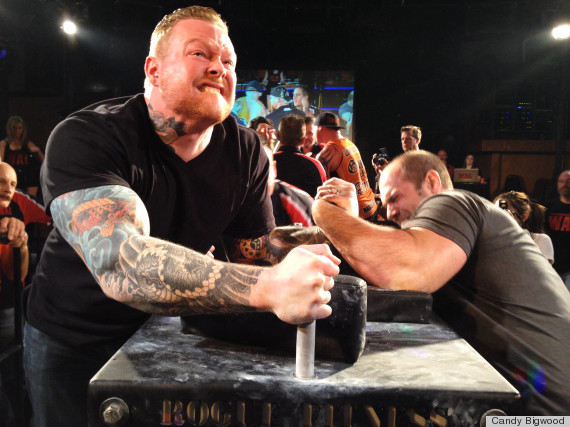 And they are some seriously large arms. 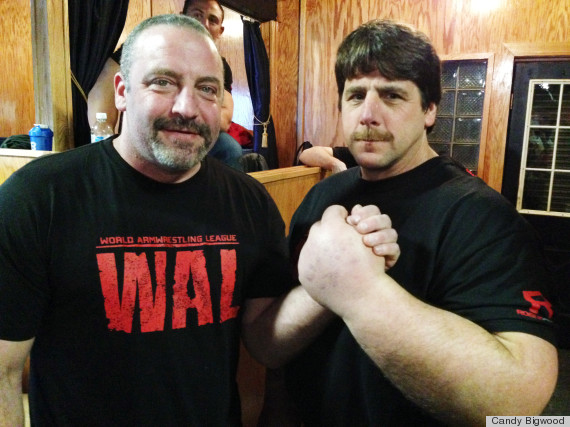 The competition is organized by weight class, complete with weigh-ins. 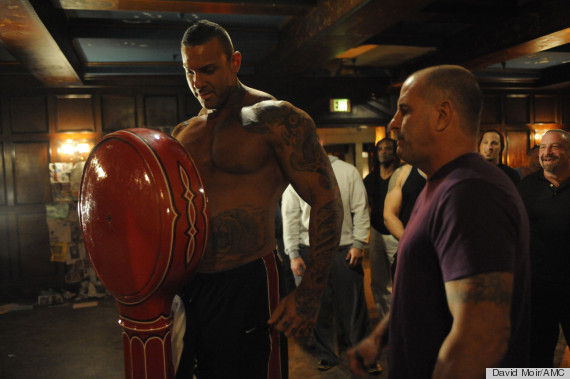 There are four weight classes for guys, with the super heavyweights clocking in at 226+ pounds. The winning man of the Vegas tournament takes home $2,000.

They also have four weight classes, although the super heavyweight class for women starts at 176+ pounds. And because there are fewer women registered, the winning payout at this weekend's Vegas event is smaller: $400.

The actual matches are incredibly intimate. 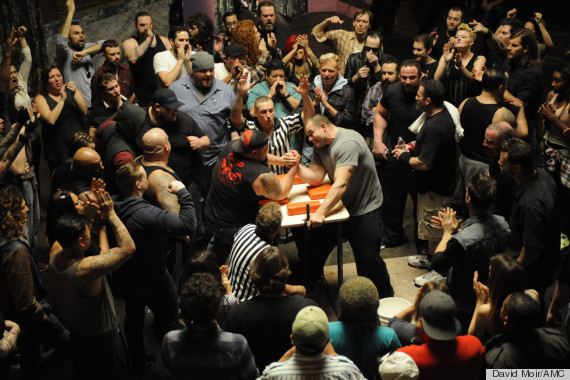 There's essentially no separation between fans and the competitors, and interaction is encouraged.

Which means trash talk is abundant... but so are friendly exchanges.

Referees oversee every match and call fouls. Yes, there are fouls in arm wrestling. 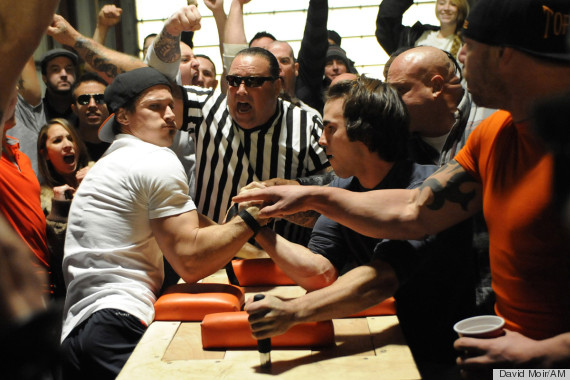 Luke Kindt battles it out against Ethan Fritsche.

And there's no instant replay. As for the fouls, pullers have to keep one elbow on the table and their opposite hand on a handle grip. Shoulders and wrists must be squared off, and thumb knuckles must be visible.

A laser in the center of the table ensures no one gets (literally) out of line. 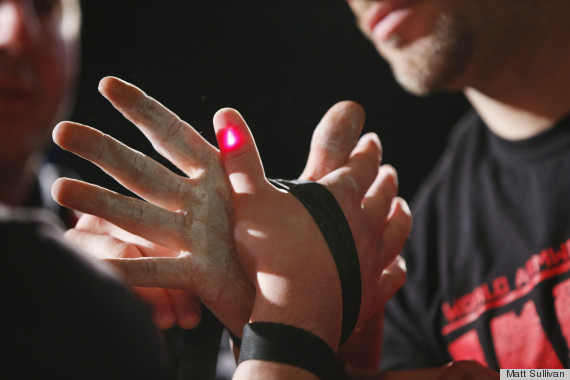 Matches can last up to about two minutes... or end after two seconds.

Or, y'know, until someone ends up in a "break arm" position. Safety first!

But the title and worldwide recognition? Those last a lifetime. 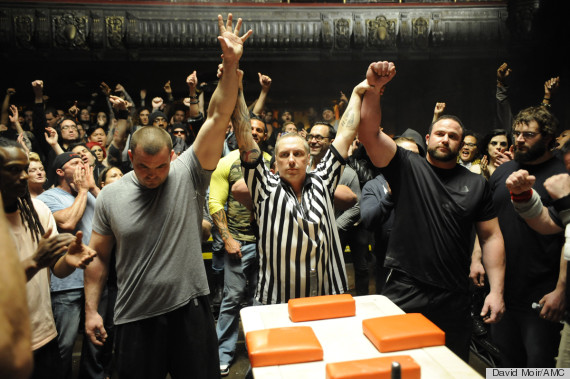