The U.S. Department of Education is trying to give students a better idea of the cost of college, but they may be failing at it.

The net price to attend college increased an average of 4.6 percent from 2008 to 2010, according to figures the Ed Department put out last week.

Included in the figures is the ranking of the schools with the highest percentile increases in average costs of attendance over the past couple of years -- a so-called "shame list."

To arrive at their numbers, the Ed Dept.'s College Affordability and Transparency Center [CATC] found the total cost of attendance to be the culminated price of a school’s published tuition and required fees, plus the expense of books, supplies and “the weighted average for room and board.”

While this measure has been cited by Education Secretary Arne Duncan as an effort to better educate prospective students about higher education price hikes and the costs of college as it stands now, the statistics have received criticism from education experts, who believe the figures are misleading.

Robert Archibald and David Feldman, two College of William and Mary professors, found that the Ed. Dept's figures were based only on students who received grant or scholarship financial aid:

College X has 5 students and a list price of $40,000. Suppose that one of the five students at this college gets a full $40,000 scholarship and the remaining four are full pay students whose families fork out $40,000. For this institution the Education Department would report an average net price of $0 since the only student getting aid received a completely free ride. Now consider College Y, which also has 5 students and the same list price of $40,000. College Y has a scholarship budget of $40,000, just like College X. But instead of concentrating its grants upon one student, college Y gives each student an $8,000 scholarship. The Department of Education would tell us that average net price for College Y is $32,000.

According to the professors, some schools giving out financial aid to a majority of their students were wrongfully placed on the Ed. Dept.'s most expensive schools list. These schools gave less money to more students, unlike private schools that often give a lot of aid to only a select group of students.

Archibald and Feldman, who have co-authored a book titled “Why Does College Cost So Much?,” also noted that the figures erred by including the costs of room and board charges, because they “arguably should not be a cost, since the student must eat and sleep whether or not they are in college.”

It's a defense higher ed administrators have used before. In 2009, Bates College was named the school with the highest tuition costs. According to a New York Times article, a spokesman for Bates took issue with the department’s methods, noting the department included the cost room and board, "making for an apples-and-oranges comparison with colleges where tuition is listed separately."

Public school students paid around $8,535 for on-campus housing in 2011, and some dorms at private colleges charge nearly $20,000 a year. For some students, the cost to live on-campus can easily become a bigger burden than their tuition price.

Still, Archibald and Feldman argue that many of the schools on these lists would be removed if the Ed Dept. adjusted for these other factors.

“A single number for each institution tells a family almost nothing,” wrote Archibald and Feldman. “The whole shame list ranking is a political exercise of dubious social value.”

Archibald and Feldman argue that shaming schools could ultimately be damaging to students interests because schools may reject spreading financial aid across the board and opt to charge more students full price in order to stay off these lists. 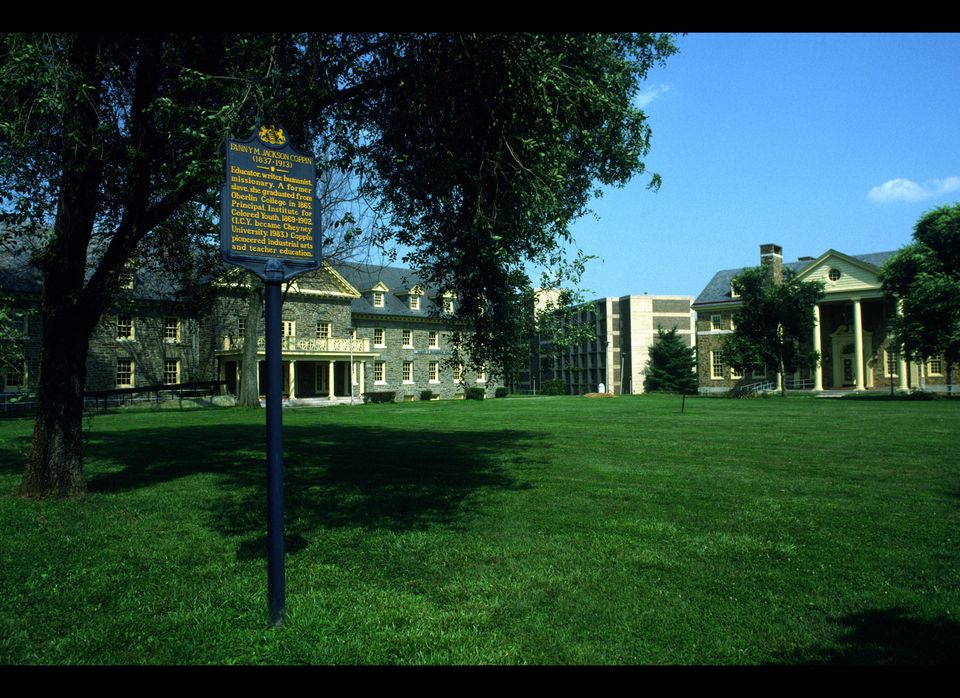