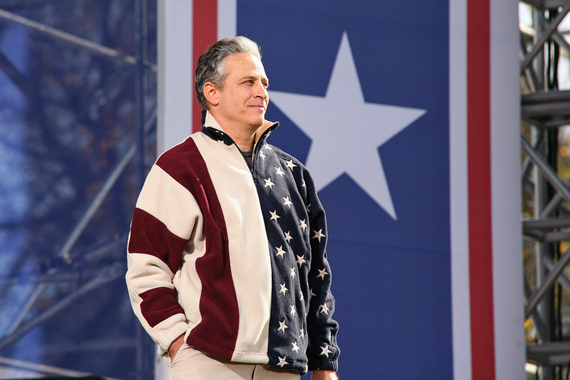 The heart of the progressive point of view is the idea that government has a role to play in solving some of our toughest problems. The private sector, for all the prosperity and innovation it brings, cannot do everything well.

No individual or business can clean the nation's air, protect civil rights, or keep our food supply safe, among many other tasks. And even if they could, there are many problems without a direct economic benefit to the problem solver - say, reducing poverty or stopping terrorism - so the private sector is not going to invest time and money trying to accomplish them.

That means that gaining support for progressive programs requires the public to believe government can do some things well. The more that confidence erodes, the less reason voters have to support action. Why pass a bill to clean up toxic waste or improve health care if government can't do anything right?

If you stop to think about it, there are plenty of successful government programs to support that idea: Centers for Disease Control, Medicare and Social Security, NASA, or DARPA (the agency that created the Internet), to name a few.

The best examples might be environmental laws like the Clean Air and Clean Water Acts, which have made our country dramatically cleaner and healthier -- with benefits outweighing costs by 30 to 1 in the case of clean air programs.

Focus on those examples and you're reminded that many big challenges require organized national action, and that the federal government often carries them out to great effect.

But confidence in government is always on an uncertain footing. Part of that is the result of political arguments from those who want smaller government, or see political advantage in attacking "bureaucracy." Some of it comes from genuinely wasteful government programs that are, rightly, held up for public scrutiny. And some of it is the media, looking for a sensational story. We are, after all, a country built on an ideology of anti-government revolution.

So how do we ask the public to support the kind of bold policies we'll need to address big challenges like climate change -- which can't possibly be solved without government action?

First, we have to be open to making government more efficient. Some programs don't work; others can be improved. We can also insure that regular public interactions with the government leave people feeling impressed -- not frustrated. Sen. Elizabeth Warren's proposal to dramatically simplify the process of filing your taxes would remove an annual public service announcement for those who think government can't work well.

There's one more important thing we can do: stop reflectively accusing all institutions of being corrupt. It is so much a part of modern life that we hardly notice it. We assume institutions are weak or corrupt. It's a trend that was accelerated by the Daily Show and continues with its many spin-offs.

To be clear, I think Jon Stewart - like a long line of political commentators going back to Will Rogers and Mark Twain -- was funny, usually right, and very often helped push positive change. But the pressure to be entertaining forces every show like his to drop most nuance. A balanced description of government policies is not going to get much traffic on Hulu.

Critiquing government programs is absolutely vital to democracy, but blanket cynicism both is wrong and counter-productive. The truth is all people - and by, extension, all institutions they create -- are flawed. So it's always easy to find something to criticize about them. That's valuable, as long you don't judge them against an impossible standard.

If you belief something can be improved, of course you should continue to make your case. But it's not necessary to say everything is terrible to push for more reform.

You can admit the Affordable Care Act has pushed the uninsured rate below 10% for the first time while still arguing for single payer, if that's your position. You can recognize that our air is dramatically cleaner, while at the same time fighting for new mercury and smog standards to save even more lives. And acknowledging that Congress just passed a strong reform of our chemical safety system doesn't require you to stop pushing to limit hazardous chemicals.

We sometimes think we've got to paint the bleakest picture of government failure to make the case for strong policies. But because bolder programs in a democracy require a belief in government, we may be undermining our own most important goals.