Being a four-eyes has never been so cool.

Google on Wednesday morning unveiled a YouTube video teasing its augmented reality eyeglasses, a pair of spectacles that interacts with what you're seeing and acts as a smartphone, day planner, turn-by-turn navigation system, camera and more.

There's no definite timetable for release, though the New York Times' Nick Bilton has said that Google employees will be testing these things in public this summer and that the first-generation Google glasses could be released by the end of the year.

UPDATE: A Google spokesperson has indicated to us that it is unlikely its glasses will be available to consumers by the end of 2012.

The Google team working on the glasses -- in the secretive Google X labs, as part of a project called "Project Glass" -- created a Google+ page so that you can keep up with their work and submit ideas about what you want Google glasses to be able to do; the team also posted photos of employees wearing prototypes of the product. We've got plenty of those photos embedded below, but here's the basic look (an unobtrusive, non-clunky white band with a small white display above the right eye): 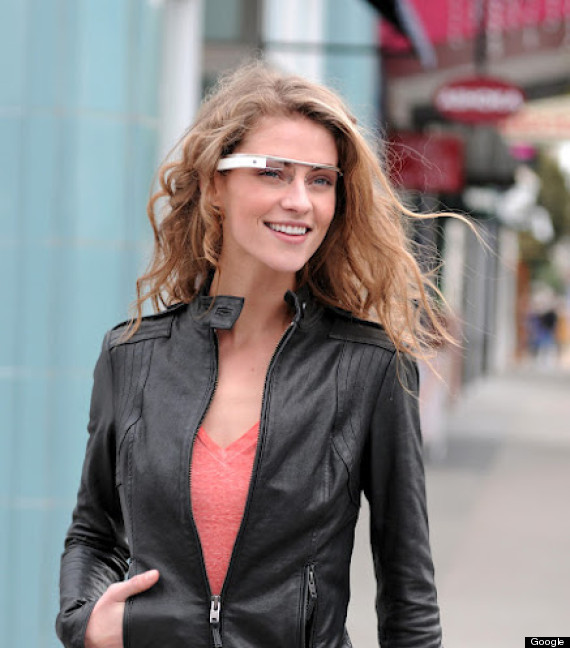 The glasses run a form of Google's Android operating system that appears to be both voice-controlled and, less familiarly, view-controlled: A bar of small icons floats just above the wearer's line of sight, and by looking upward, the wearer can interact with the icons to view the weather, send text messages, and do much of what a smartphone can do. In addition to smartphone functionality, however, the Google glasses attempt to interact with the world that it sees in front of and around the wearer, "augmenting" or supplementing the reality that the wearer experiences.

A few uses are presented in the teaser video: If you see a closed subway stop, the glasses could tell you why it's closed and give you an alternate route; if you see a book you like, you could get book reviews and (controversially) prices from other retailers; if you're waiting for your friend, your glasses could show you where he is, exactly, and how far away he is from you, using GPS-sharing capabilities already present on Google's Latitude service.

We've seen a couple of wearable technology products similar to the Google glasses, which take touchless interaction and the headset as baselines for the future of communication and the next logical step following smartphones (Don't worry, contact wearers: Bilton says that Google Contact Lenses could be coming soon as well). The Golden-i headset, for example, is a Verizon-sponsored technology that works similarly: The user places a band over his or her ear and a small display screen rests in front of the right eye. The wearer manipulates the movement of the screen in front of him by turning his head left or right, up or down, opening and closing applications with voice controls. Here's that technology, on display at the Consumer Electronics Show in January 2012: 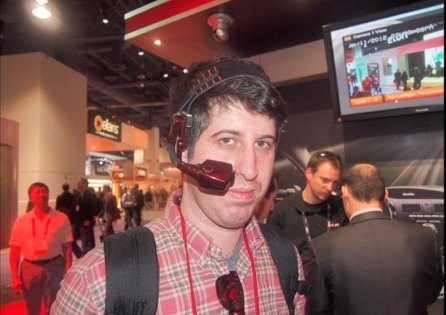 That Golden-i prototype is much bulkier and considerably less attractive than the one that Google is showing off, however; the Golden-i also required the user to connect his or her smartphone up to the headset using Bluetooth. For now, we're not sure whether the Project Glass unit will be a standalone device or whether it will need to communicate with an internet-connected device.

More details are bound to leak out from Google as Project Glass makes more progress on finalizing its futuristic four-eyes product; those of you living in cities with Google offices may even be seeing these glasses on the streets, on the heads of guinea pigs in the guise of Google employees.

Below, check out some photos that Project Glass took of its augmented reality glasses. For up-to-the-minute information on the new specs, you can follow Project Glass and its major players on Google+