These mermaids are trying to save our seas.

Since 2012, photographers Angelina Venturella and Chiara Salomoni have traveled around the world, turning regular people into these mystical ocean creatures and photographing them for an educational coffee-table book.

According to their charity project's website, the "goal of Project Mermaids is to bring awareness to how precious the ocean and beaches are and to keep this beautiful environment healthy and clean."

The book debuts this fall in conjunction with an art show in Los Angeles. Fifty percent of the profits will benefit Save Our Beach, a small nonprofit organization that has been cleaning up California's beaches and riverbeds for the past 16 years.

While a number of celebrities, such as Vanessa Hudgens and Disney star Bella Thorne, have been transformed for the project, Salomoni says they also look for people who are ocean activists, like Ocean Ramsey, a professional diver and shark conservationist whom Salomoni shot alongside wild sharks earlier this year in Hawaii.

"To me, the basic idea of a modern mermaid is someone who spends a lot of time in the water and respects, loves and cares for aquatic life," Ramsey told The Huffington Post. "I wanted sharks to be included in this book of underwater beauty because the ocean wouldn't be as beautiful without one of its most gorgeous and important inhabitants: sharks."

Salomoni, who specializes in underwater fashion photography, told HuffPost the pair find their mer-people through word-of-mouth referrals and then fly to wherever they live to photograph them. So far, they've shot mermaids in pools, oceans, beaches, trees and waterfalls in places including California, Hawaii, Cancun, London and Paris -- and they still have six more months of shooting before their book debuts.

Salomoni covers all the underwater photo shoots, while Venturella shoots above water. They've also teamed up with Eric Ducharme, a dedicated merman and mertailor who creates elaborate mermaid tails -- which can cost thousands of dollars -- to help with the transformations.

Below, dive deep into a preview of Project Mermaids, and live vicariously through the legendary creatures' glittery, mystical scales. 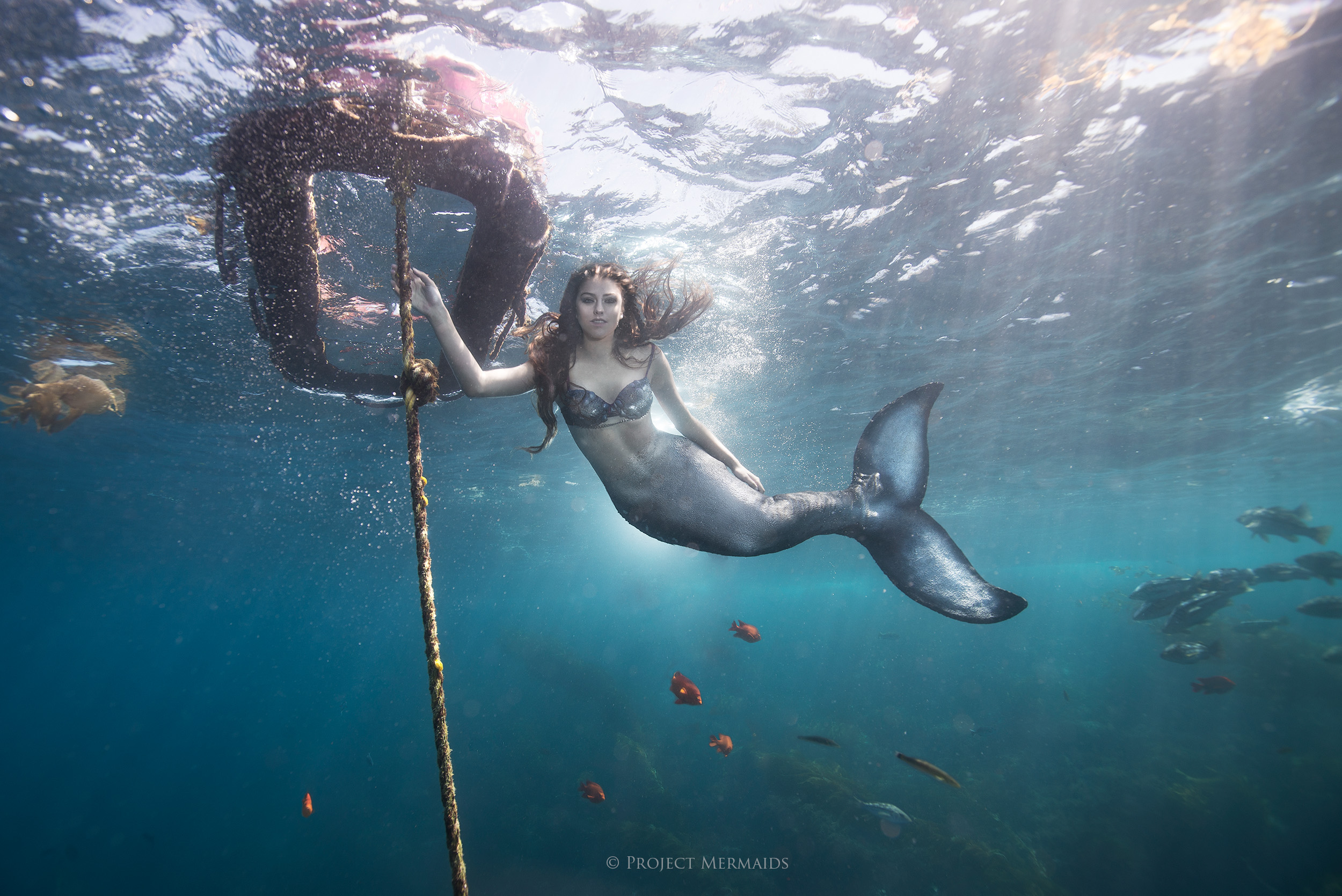 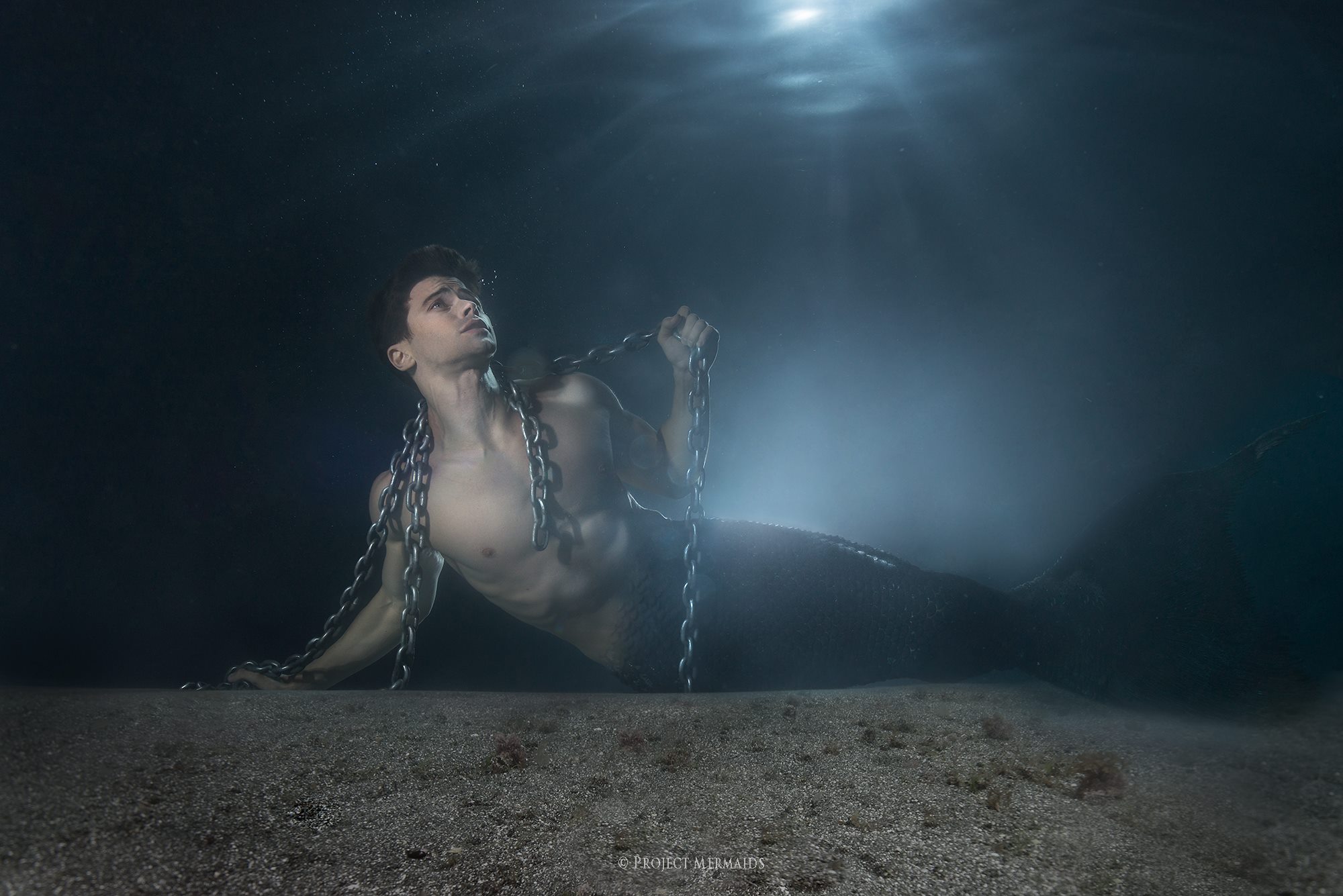 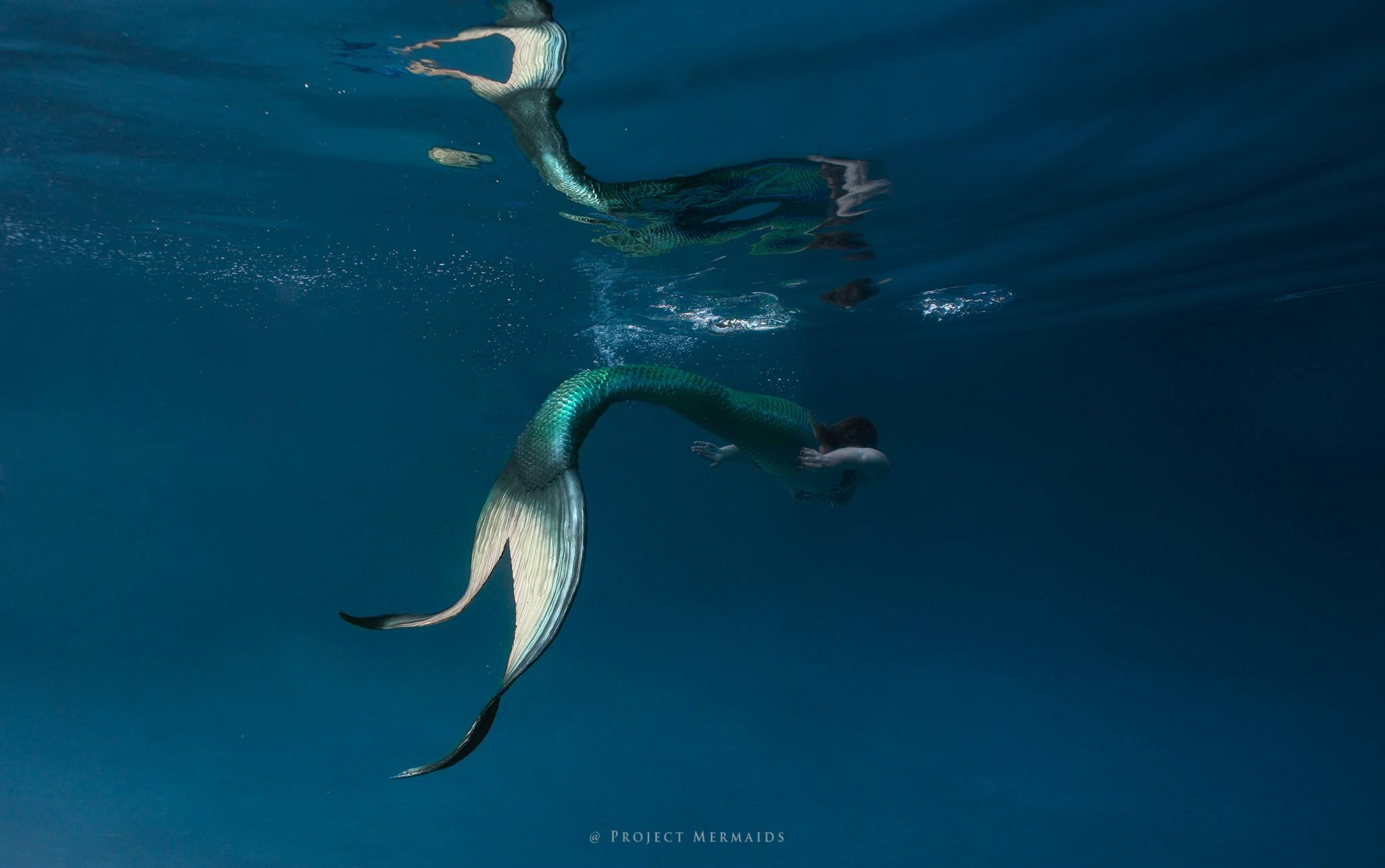 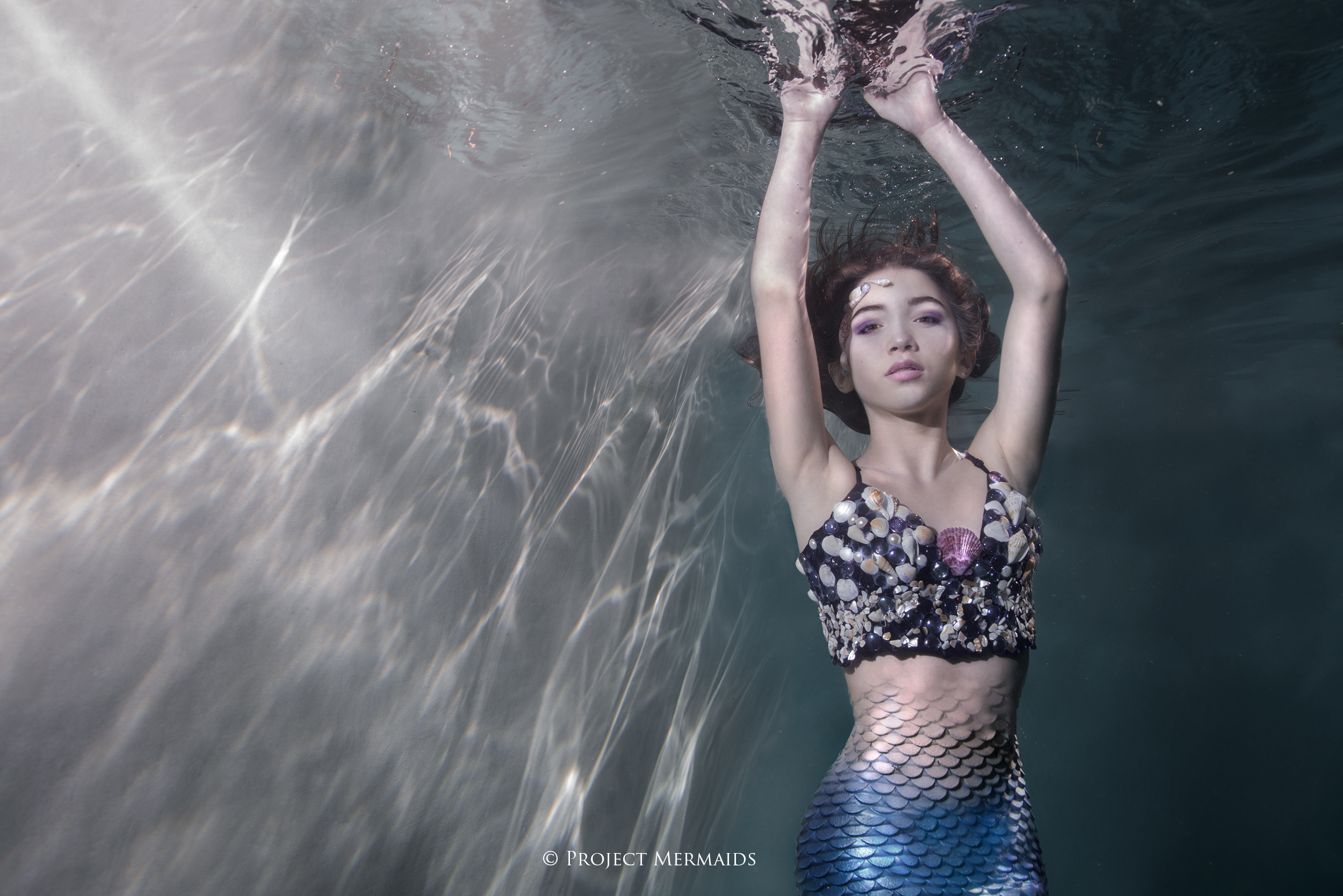 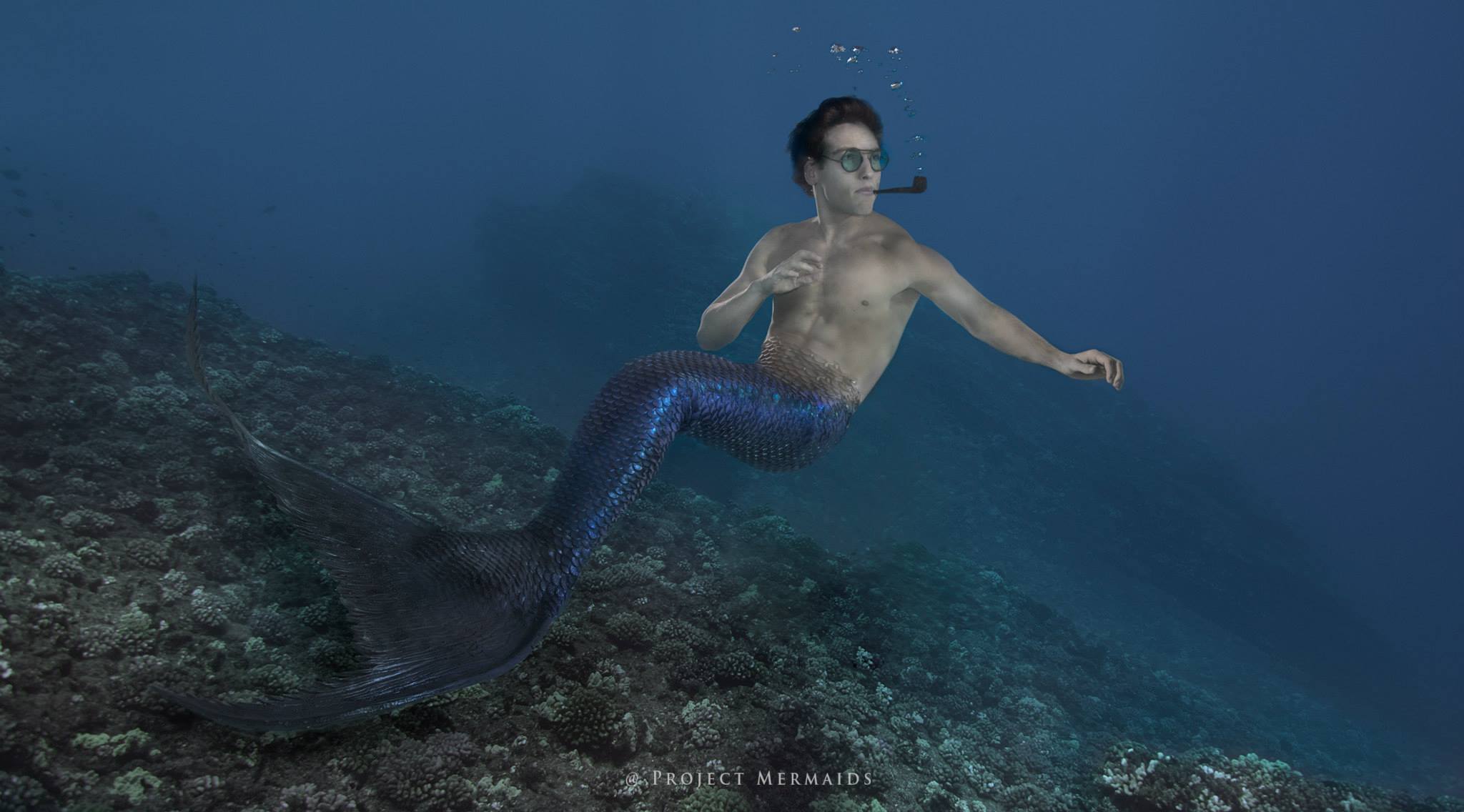 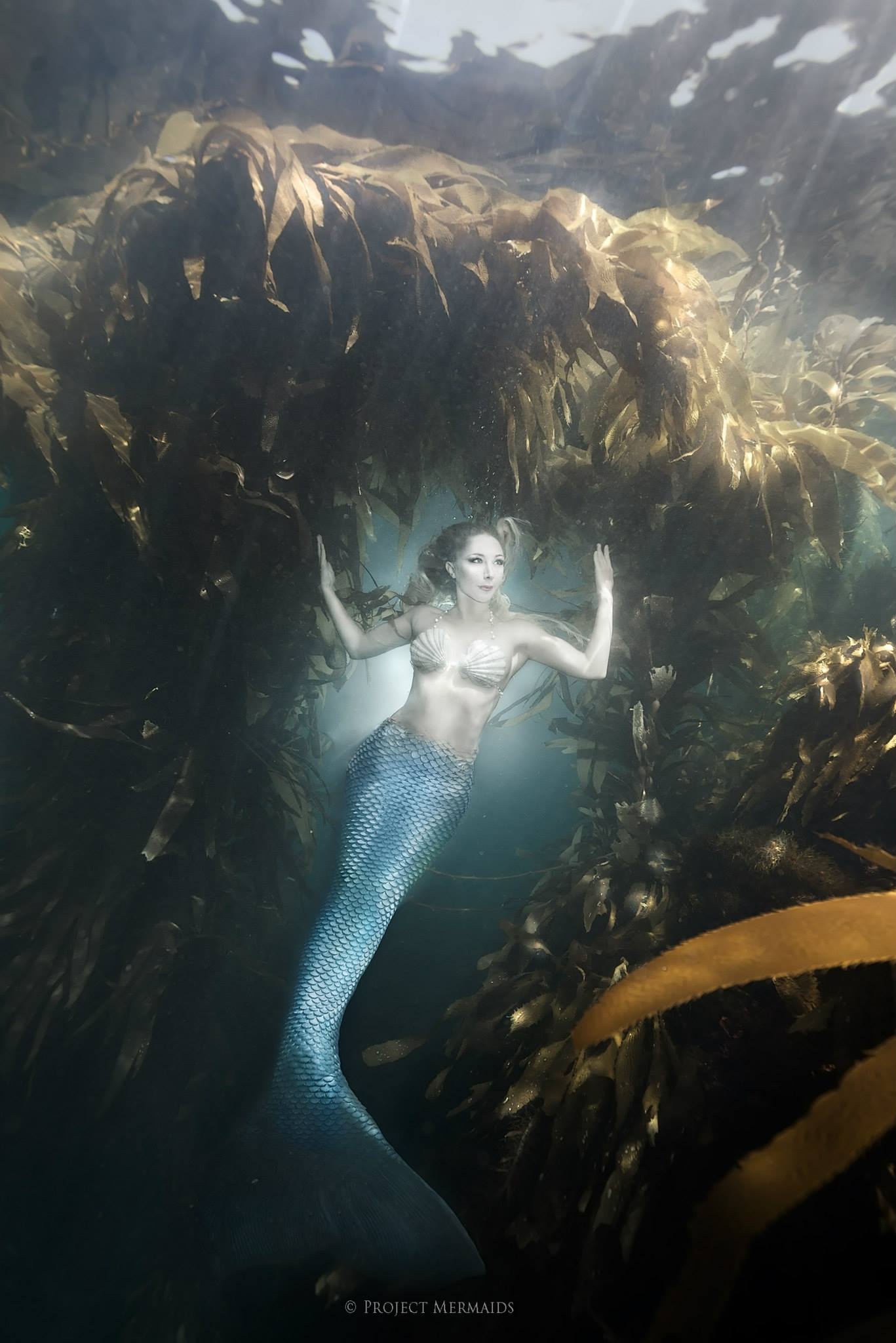 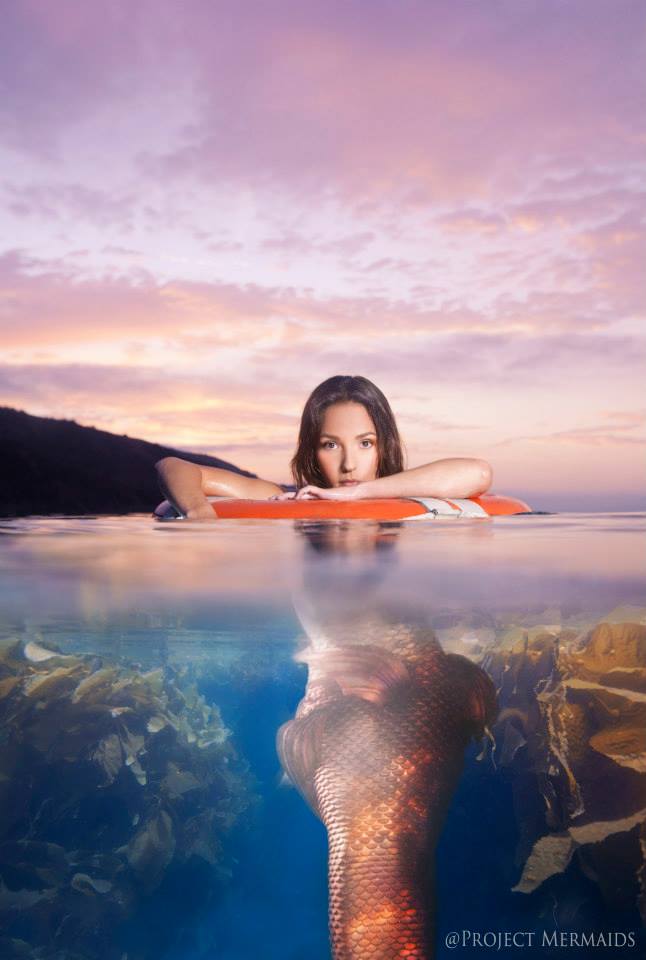