For a group of young professionals in New York in early 2010, the drug violence in Ciudad Juarez, Mexico was more than a distant news story. It was personal, as many of them had grown up in and around the region, but felt frustrated that there was little they could do to help the situation from afar.

Around that time, Sergio Urias, a lawyer in New York, had a close friend kidnapped in Juarez. He and a group of friends — many in the fashion and art industries in New York — came together to start Project Paz, a group dedicated to raising awareness about the situation in Juarez and raising money to help promote peace in the region.

"There was a sense of frustration and misinformation from the international community, and a lack of cooperation from everybody, even people outside of Juarez, to help with the solution," Urias said. "So we came together. We started emailing each other, and then we started to meet once a week. It was a weekly 1-2 hour pow-wow where we would just brainstorm about what we could do, what our resources were and what our limitations were. We came up with Project Paz."

On Monday, Project Paz in conjunction with Banamex will host its second annual Project Art fundraiser. The event will showcase and auction fashion and art donated by a mix of leading designers and artists, with proceeds benefitting Ampliando el Desarrollo de los Niños (ADN), an organization that supports after-school programs for children living in marginalized areas in Juarez to create a safe place for them to learn rather than fall victim to gang violence.

"This project is so important to me because children should never have to grow up in a place where they live in fear," said Peter Som, one of thirteen fashion designers who worked off textiles donated by the Textile Museum of Oaxaca to create a piece for the event. "Fashion and art have always played an active role in supporting such causes and this one is no exception. We are all doing what we love and we are so incredibly lucky that we had that choice. Many of these kids may not have that choice. We all have to do our part. These after school programs will give them something constructive and fun to focus on and foster their growth. And most importantly--give them a chance to dream."

"We cannot change the world but we can certainly try to make a difference in our own way," Phillip Lim said

Lim said that the piece he created for the event honors the tradition of the Mexican Rebozo shawl.

"I think all too often now society is very dismissive of technique and artisanal history," he said. "They take what they want and discard things very quickly, so I wanted this piece to respect tradition."

The fashion pieces will be available on L-atitude after Monday's event, while art (including work from Patti Smith) will be available Monday night in a silent auction (apart from three pieces, which will be auctioned live). The art, a sampling of which is seen below, also captures the spirit of Mexico.

Artist Erika Harrsch, who created the "United States of North America" piece, said that her work "touches many different levels of understanding, not only on a personal level of existence but its social and political implications.

"It is very important for me to participate in Project Paz, understanding that some critical problems in Juarez appeared after NAFTA and all the immigration issues intrinsic to the nature of being a border city, all these matters addressed in my passport project," she said. "This utopian passport talks about borderless nations, freedom and peace. A united passport that expands the boundaries our neighboring countries. The Monarch Butterfly, known for its migrations between Canada and Mexico, is an emblematic representation of a nation without borders. The butterfly acts as a reference of a global world in constant mobility."

Urias said that the organization selected ADN to benefit from the evening's sales because it wants to invest in the future of Juarez — its children.

"Part of the reason why Juarez is going through what it's going through is lack of institutional support and, most importantly, a lack of investment in social development," he said. "There is a lot to do in terms of investing in the people and in grassroots programs. If you help the future of Juarez, you start attacking the problem by its roots versus just trying to address the immediate issue.

"The solution needs to come from everybody," he added. "Just because you are in New York or have no connection whatsoever to Juarez, that doesn't mean that you should sit on your hands and not do anything. There's a lot of things that you can do, even small things from showing up to the event or buying art helps get the message across."

Tickets are available at www.projectpaz.org/projectart. A selection of artwork available Monday night appears below. The website also accepts donations. 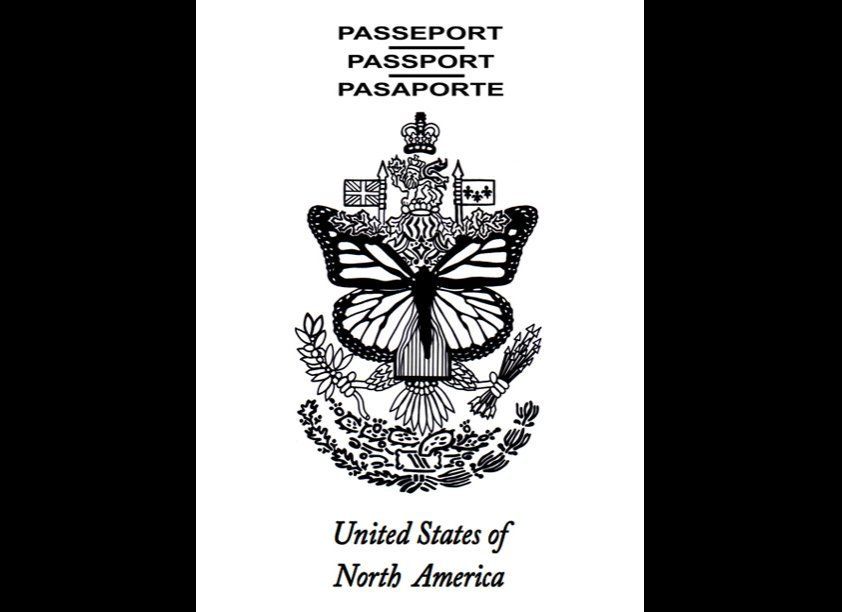