Project Stealth may literally be just one of hundreds of indie games currently fighting for support on Kickstarter, but it stands out from the rest of the pack by virtue of its very premise. A stealth-action multiplayer (SAM) game very much in the vein of classic Splinter Cell, this type of two-versus-two gameplay hasn't been seen in any major way since Pandora Tomorrow's 2004 release.

Although in many ways a direct emulation of that groundbreaking gaming experience - from the presence of the slow-but-gun-happy Mercenaries to the sneaky-and-agile Spies - there are plenty of modern-day refinements that developer Heartcore Games is looking to throw into the mix, including the latest in dynamic lighting and matchmaking as well as new weapons and gadgets that the two opposing teams can utilize against one another.

To discuss all the ins and outs of modern-day asymmetrical gameplay, producer Frank van Gemeren recently sat down with me. Topics brought up during our chat include lessons learned from Splinter Cell, the future of multiplayer-only gaming, and what SAM titles can teach the rest of the industry, despite their never having caught on in full force with the average gamer. 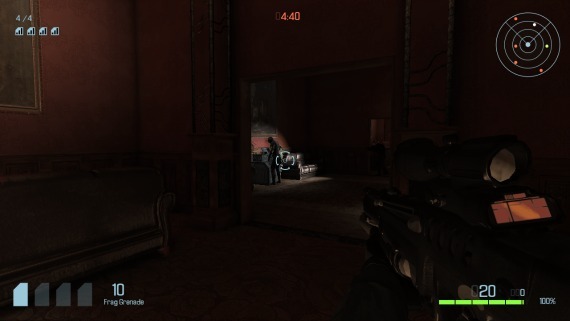 Do you think the market is ready for such a heavily team-based game? Titles such as MAG ended up having a relatively short lifespan.

I'm not familiar with MAG. I think games with very different classes have become more popular over the years. Examples are Team Fortress 2 in the shooter genre and, of course, the increased popularity of games like League of Legends, which have captured the attention of the more casual player in addition to the hardcore fanbase.

As long as players are challenged with new content that plays slightly differently than the previous content, they will hopefully keep on playing. This strategy is important in level design: one map can be more a rush-type map; the other might have an emphasis on sniping skills or misdirection. Small changes like this keep the gameplay fresh.

On top of that, by using statistics, you can see what is currently the most popular game style. This information can be used to tweak overall gameplay balance, which has an effect on the play styles of the other maps, and then the circle of constant refinement starts again.

Project Stealth seems to draw a lot of inspiration from the Splinter Cell series, particularly Pandora Tomorrow (2004). What new developments from the past ten years have also found their way into the game?

Both Pandora Tomorrow and Chaos Theory [2005] are our main influences. We want to keep that hardcore feeling, so the core gameplay is unchanged. 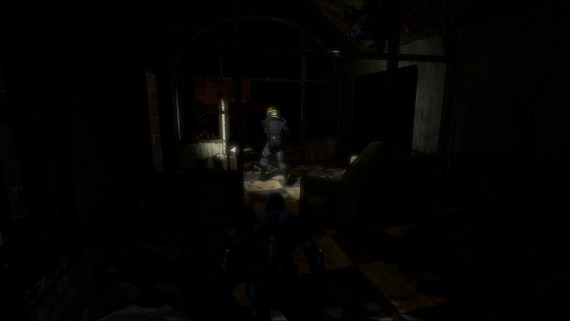 We've dissected macro and micro goals for each team and noticed new possibilities in gameplay to bring something fresh to the table. The most obvious high-level gameplay change is the addition of optional mini-objectives for the Merc. This balances the risk of leaving the normal patrol routes - which gives Spies an opportunity to more easily reach their objectives - with extra defenses or other things in the Merc's favor. We hope it will open up gameplay more and will limit camping. More open Merc gameplay gives Spies more possibilities to sneak past Mercs, or take them out. In the end, the result should be more diverse matches and the emergence of new play styles.

Another addition is the Partner System. This is derived from the best pro teams. If people have a partner, they generally strategize more to win more games. For me, personally, my partner and I had a win rate of 93% on some of the maps, even against other good teams. We want to stimulate devising strategies and tactics so people playing with a partner will get extra points that can unlock aesthetic perks.

The earlier Splinter Cell games used old versions of Epic's Unreal Engine that had limitations like a fixed amount of dynamic lights and particles. We want to use the current technology to bring the environments more to life, so that's a big development, too.

Other additions that we're thinking about include support for multiple platforms, like Mac, Linux, and Oculus Rift.

Why do you think SAM games have never really caught on after the second and third Splinter Cells introduced it?

It's an uncommon genre, and the steep learning curve makes it hard for new players to get into the game. By releasing Project Stealth, we hope to add one extra - and more easily accessible - game to the genre; we're focusing on having a supportive community and will have better tutorials and special training modes to teach beginners the ropes.

We hope to slowly grow the community in this way, without making the gameplay more casual/action-filled (especially for the Spy side). 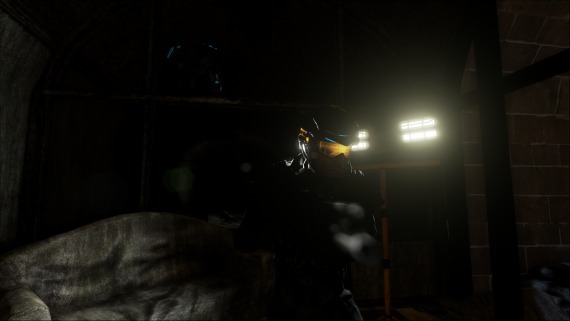 What can the rest of the industry learn from stealth-action multiplayer games?

SAM games are about teamwork - mastering the environment and strategy. Teamwork and communication are really important. We've seen the addition of dynamic quick-chat options in various games over the past few years, but that won't be enough to really communicate the movement style of the enemy; SAM games need voice communication to get the best results, so a headset is highly recommended. With teams of two, your partner is responsible for 50% of the possibility to win. By using each other's strengths (misdirection, offense, or sneakiness), you can boost your winning chances.

In other genres, the environment is just "there." It doesn't matter much why something is placed at a particular location from the player's perspective (level designers, of course, know why). In the stealth genre, however, knowing and using the level layout can be a big advantage, especially if you know all the ins and outs and the opposing team does not. It can often be the deciding factor between winning and losing when the skill levels of the teams are equal.

I already touched briefly on strategy in the points above, but it's worth repeating: having a strategy with a partner gives you an edge over a team that consists of two players who haven't played with each other before.

Be sure to stay tuned for part two soon.