Continuing where we left off last time, Project Stealth's producer, Frank van Gemeren, continues our conversation by discussing the future of multiplayer games, the challenges of designing maps for asymmetrical combat, and the necessities -- and difficulties -- of integrating a narrative into a stealth action experience. 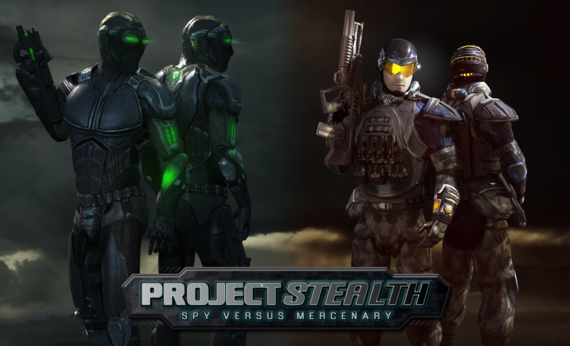 Just how much has the game's design/gameplay changed since it was first envisioned by you several years ago?

What is the intrinsic appeal of asymmetrical gameplay?

Personally, the power trip when you feel you are in control of a situation is really rewarding. This can be when you are stalking a Mercenary from the shadows, inching towards his back for a neck grab, or knowing the Spy you're chasing as a Merc will be killed by the mine you placed moments before the chase began. And then suddenly the situation changes, and your predictions do not come true at all as you get sniped by the other Merc because you were tracked by a beacon the whole time, or the Spy's partner had removed the mine in the chaos.

The different situations you'll find yourself in depending on the team gives a lot of variety in gameplay. To master one team, you also have to master the other, so you're exposed to both gameplay types.

Can you speak a bit about the difficulties and challenges in designing maps for asymmetrical combat?

The maps should be made to accommodate two radically different types of movement: there needs to be options for Spies to use their more agile movement to escape from Mercs, but there should also be enough static defenses and walls to balance that from the Mercs' perspective.

Spies use stealth, so there needs to be plenty of cover in the form of objects to duck behind or shadows to hide in. Also, they use verticality to both get a good overview of the situation and to sneak past the Mercenaries. In general, a room should have at least three entrances that double as the Spies' escape routes.

On the Merc side, they use exclusive routes to quickly traverse the maps. Static level defenses like cameras and laser grids should be placed in useful locations to help them defend their objectives. There shouldn't be too much cover for them, as it gives them the chance to snipe the Spies in long hallways or open spaces.

All in all, there are some constraints, but there is still a lot of freedom in the level design. 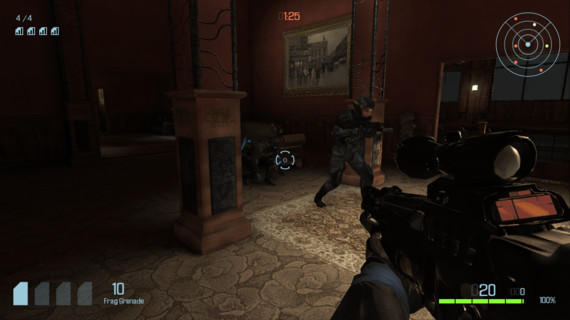 Is there any type of narrative underpinning the experience?

Our own maps are set around the year 2050. It's up to the level design to decide what premise there is in a map. There's no forced narrative, which gives future level designers from the community all the freedom they want or need.

Why pick 2050 as the setting? Does the technology of the gadgets/weapons demand it, or is it more of a personal choice?

We want the game to be realistic, but we do not want to be constrained by current technology. On the other hand, going too far into the future will make it too sci-fi. 2050 is a good middle ground.

Do you feel the lack of an ongoing or overarching story will at all be a hindrance? Call of Duty gamers don't seem to want a narrative cluttering their multiplayer, but, then again, there's a single-player campaign attached to it.

As a pure multiplayer game, the story isn't really important -- the experience in-game is our main focus. We encourage level designers to make some connections to other maps, but this is entirely up to them. 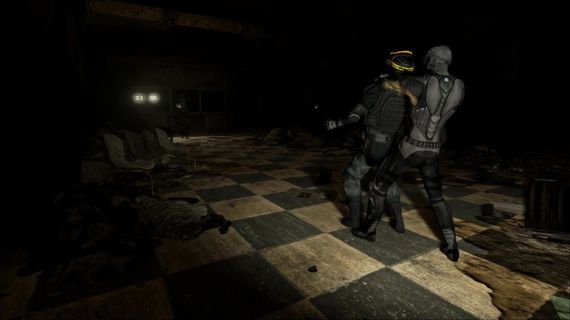 Do you find the SAM (sub) genre to be too narrow or constraining?

The genre is really hardcore, and that can be a problem - the learning curve is steep.
But we want to combat that by having a proper tutorial that also teaches strategy and advanced gameplay elements, to help new players get the hang of it faster.

Besides that, I think the genre is just fine as it is.

I hope to see eSports picking up SAM games. I feel it will be interesting to see the tactics and skills of pro teams; from watching gameplay videos of SAM games on YouTube, you can already feel the tension if you know the context of the situation well enough.

As for multiplayer games, they will continue to get more casual, in my opinion. This means more players, which is a positive, since that means casual and midcore players can also transition to our hardcore gameplay offering.

Splinter Cell Stealth Kickstarter Indie Development
This Blogger's Books and Other Items from...

It Is Known: An Analysis of Thrones, Vol. II
by Marc N. Kleinhenz