Over the years, speculation over the next Apple product has become a way of life. Entire sites devote themselves to the dissemination of rumors and the aggregation of insider tidbits. Today I'll pick apart the facts and rumors about the much-talked-about Apple Car. Wait, what? So I'm saying it'll really happen? Yes, it'll happen, and probably much sooner than we had thought.

Really just this February, an unnamed (unnamed because Apple is locked down stronger than Fort Knox during The Purge) insider sent an email saying that Apple was working on a project that would, "give Tesla a run for its money." That led every Apple-obsessed journalist on a hunt for clues, which revealed Apple had hired former Mercedez-Benz R&D head Johann Jungwirth.

Speculation was quick and disparate, with the majority of pundits deciding Apple was just working on an advanced version of CarPlay. Then the Wall Street Journal dropped the knowledge and said Apple had for the past year been working on an electric vehicle. According to WSJ sources, Apple had hundreds of employees working on a minivan-styled vehicle called "Project Titan". So here's where you're allowed to groan. Minivan-style? Really? But I wouldn't worry. With all the interior space, the minivan makes an excellent prototype but there's no reason to think the Apple Car will necessarily be a minivan.

With Project Titan supposedly confirmed by a number of inside sources, the clues came more quickly. Contract manufacturer Magna openly courted Apple and positioned itself as the go-to manufacturer for both Apple's and Google's vehicle projects, with its niche-vehicle production facility in Austria at the ready. Why is Magna important? Well, they're the auto version of Foxconn Technology Group, the China-based manufacturer that assembles iPads, iPhones and other devices for Apple. It's likely that Apple would employ the same wildly successful outsourced manufacturing process to cars themselves, identifying various key manufacturing partners, locking them down, and freezing competitors out from the supply side.

Speaking of Europe, we also recently watched speculation that the sale of possible Google competitor Nokia's Here maps could go not to Apple directly but to an automaker in Germany. Now, this doesn't mean Apple is out of it; we've heard rumors of Apple's mysterious maybe partnership with Tesla, so who's to say they won't partner with a European automaker? 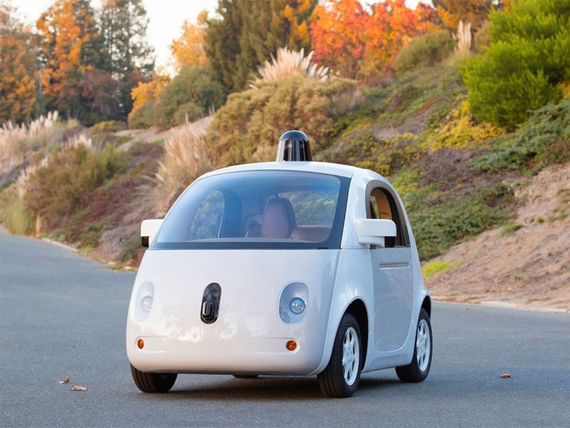 Amidst the flurry of stories and posts about the mysterious car, Apple has been quietly amassing a heavy-duty team in Cupertino. With a rumored goal of 1,000 people working on Titan, talents have been poached from A123 Systems, MIT Motorsports, Ogin, Autoliv, Concept Systems, and General Dynamics, as well as auto giants like Tesla, Ford, GM, and Mercedes.

Pay extra attention to the name A123 Systems; Apple now has five former employees on the payroll, and A123 does one thing -- makes batteries for electric vehicles. So it would seem undeniable that the Apple Car will be electric. By the way, all that poaching didn't sit well with A123, who in February sued Apple for stealing its employees. But all's fair in love and tech, and the two are headed toward a settlement now.

So will the Apple car be autonomous? The answer most certainly is "yes." Apple wouldn't think of entering the market unless they were going to offer a profoundly innovative new product based on their substantial logistical, design, hardware, and software strengths. Plus, everyone is working on self-driving vehicles, including Google, Uber, Delphi, Audi, Nissan (sort of) and a host of others. As far back as 2013 Apple hired renowned roboticist John Morrell, so we think autonomous has been on their minds for some time.

The trick will be to make it entirely autonomous, and not driver-assisted. I assure you we do not want driver-assisted cars. Driving can already be a horrible experience already, with distractions, unpredictable motorists and traffic, cyclists, road work, and pedestrians that confuse and confound us. But 'driver assisted' just sounds like torture. That sounds like I have to be alert and attentive but a machine will take away the very process of driving that keeps me alert and at least slightly interested. Even though I despise driving, it gives my mind something to do. If you take that away, how will I remain focused?

No, for the Apple Car to be a success it must be fully autonomous for most of a typical trip or it will be worse than manual.

Analysts predict we'll see the Apple Car in about 2020, which seems like a fair guess. After all, the iPhone was in development about five years before its launch, and the Watch a relatively short three years. So will you buy an Apple Car? The danger, of course, is that the 1st generation will quickly look as dated and clunky as your first generation iPad, but a car isn't one of those things you can comfortably replace every two years when a new one comes out. If it really does turn out to be a minivan, all we can hope is that Jony Ive can render a boxy monstrosity an aesthetic masterpiece.

So why is Apple developing a car?

The automotive market is huge, with almost 74 million cars (projected to be sold worldwide this year. More importantly, the industry is ripe for disruption. All cars are basically made from the same material, designed off the same template, assembled in the same manner, sold, and even maintained in the same manner. And ALL the car companies are doing it the same way. Even Tesla's only disruptive innovation is not an electric power source build on the exact same drivetrain template but direct sales rather than dealers. 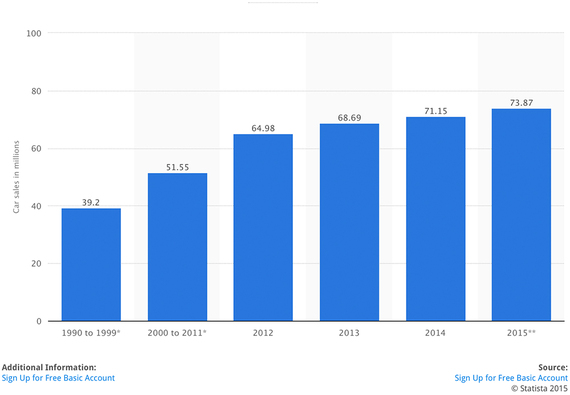 Further, the technology is decidedly inferior with innovation all but stopping. Benoit Jacob, the head of design of the BMW i design was quoted as saying "after nearly a century of development cars have evolved into an almost "perfect" form, which has made it more difficult for manufacturers to push the boundaries and create distinct models."

Current car tech combines low innovation with high cost and poor usability. Worse, most tech is sold in 'packages' forcing the customer to buy low value, unwanted features to get what they want. BMW's $2,1500 "Technology Package" does far fewer jobs far worse than our $650 phones.

Above all, we as consumers aren't happy. There are clear jobs that cars are not doing and the automotive industry seems unable or unwilling to do. One study found customer retention averages a low 49% per manufacturer -- compare that to Apple's 89% and fiercely loyal user base. We are not happy with the slow innovations, we are not happy with the lack of real choices, and we are certainly not happy with the buying or ownership process. The buying process is so onerous, in fact, that three-quarters of people surveyed said they'd rather never set foot on a dealer's lot.

My biggest concern is government regulation. Apple has stayed far away from regulated markets, seeking to build what they want how they want it. Last year, the auto industry spent over $53 million to lobby the US government, while Apple spent just over $4 million. My concern is not over the spending differential (Apple could easily increase their lobby spend by 15 times and belly up to the Washington table with no problems). My concern is that that Apple's core competencies do not include navigating highly regulated markets. I will be very curious to see how Apple fares here.

Can Apple Possibly Guarantee Our Safety?

Nope. They can't. And they don't have to. CGP Grey argue in Humans Need Not Apply that automated cars don't need to be perfect -- they just need to be better than human drivers. It will be very interesting to manage the first major injury or death caused by an automated car but if they are safer on the whole, I hope cooler heads prevail (which goes right back to my concerns about Apple's regulation experience).

Former GM CEO Dan Akerson warned "[Apple] better think carefully if they want to get into the hard-core manufacturing," he said. "We take steel, raw steel, and turn it into car. They have no idea what they're getting into if they get into that." Somehow I doubt Apple, the company that holds 10% of all corporate cash held by all nonfinancial companies (and could buy GM three times over) would be entering into the market business-as-usual. If Apple has proven time again it will not design, manufacture, market or sell a car the same way it's been done in the past. That includes pressing steel to make car frames.

In the end, the Apple car is coming. And by its code name, it is clear that Apple is aware of and prepared for an epic battle. It won't be easy, but if there is a company on earth that has skills, processes, and capital to disrupt the calcified juggernaut that is the auto industry, it is Apple.

For more analysis on mobile, please check out our blog themobilesurge.com.

Neil Cybart discusses the Apple Car's potential competitors, and the ripe-for-disruption state of the automotive market. He explains why Uber and Apple are both poised to rule the future of automobiles.

GM's former CEO, Dan Akerson, explains why he thinks Apple expanding into the automotive market is a bad idea. "If I were an Apple shareholder, I wouldn't be very happy."

Why the German automakers' interest in Nokia Here is so important, and why it could spell trouble for Google.

MacRumors's fantastic, chronological exploration of what we know about Project Titan and why we know it.

The somewhat dissenting voice, CNET explains why they think an Apple car is possible, but not anytime soon. They cite the supposedly tepid future of the iPhone as why Apple will explore the automotive space, but the logistic complications of doing so as why you won't be driving an Apple Car next year.