It's that time of year: the high school prom, one of the most anticipated nights of a teenager's life. But it's also a stressful time for parents. According to Carleton Kendrick, Ed.M., LCSW, of Newsforparents.org "Our biggest prom worries are the risky behaviors associated with proms, most specifically driving under the influence of alcohol and drugs, and unsafe sex. Prom night always seems to be linked with drunken-driving injuries and deaths, date rapes, pregnancies and STDs. It's become the night where teens' poor judgment and dangerous choices have become institutionalized."

Tips for a Safe Prom

Listen up, parents. Prom night is not the time to look the other way or be vague in talking to your children. The focus should be on health and safety. This is the time to ask questions, to be observant, and to take precautions. Come up with a plan ahead of time to keep your child safe. 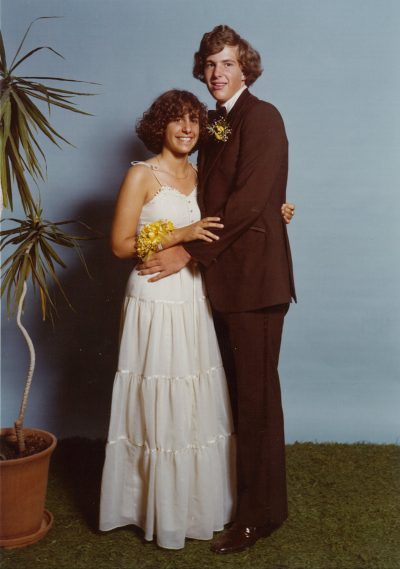 Open a Line of Communication. Talk to your child about what is acceptable behavior and what is not, including drugs, alcohol, and sex. Stress to your child the dangers of peer pressure and getting caught up in what everyone else is doing. And let them know that you will be available to call on whenever you are needed, for help and advice.

Ask the Right Questions. Who is your child going to the prom with? Who's the designated driver? Where is the prom being held? Who are the chaperones? Where is the after party? Will there be parents in attendance at the party? What is the phone number of the place where the party will be held? Make sure your teen has a plan for the night that you know about, and communicate with school officials and other parents ahead of time, not as they are walking out the door!

Establish Check-in Times. Make sure you are reachable by phone the entire time your child is out of the house. Ask them to call you at least twice at specified times during the evening.

Work Out a Budget. Between the dress, the tuxedo, the hair, the transportation, and ticket to the event, proms can be an expensive undertaking. Don't let your kids succumb to peer pressure and spend a small fortune for one night. This is a good opportunity to show your child how to operate within a budget and still have fun.

Set a Curfew. Have this discussion long before the prom. Set a fair curfew for this special night; one that will be later than others but should still be within reason.

Group Dating. If your child does not have a date, don't worry. There's nothing wrong with attending with a group of friends, even if some have dates. The same rules still apply.

Lisa Mirza Grotts is a recognized etiquette expert and the author of A Traveler's Passport to Etiquette. She is a former director of protocol for the City & County of San Francisco and the founder of The AML Group (www.AMLGroup.com), certified etiquette and protocol consultants. Her clients range from Cornell University and Microsoft to Nordstrom and KPMG. She has been quoted by The Sunday Times, InStyle Magazine, the San Francisco Chronicle, the Los Angeles Times, and USA Today. She has appeared on various radio and television stations, such as ABC, CBS, and Fox News. To learn more about Lisa, follow her on www.Twitter.com/LisaGrotts and www.Facebook.com/LisaGrotts.