This teen's prom-posal gave a whole new meaning to the saying "love hurts."

One high school senior from Lyons Township High School in LaGrange, Illinois took to the Internet last May to post a series of photos on Imgur that show him asking a girl to the prom in an elaborate fashion. According to ABC News, the photos chronicling this public proposal accumulated over one million views in only 18 hours. We caught it circulating on Reddit again this weekend and couldn't help but resurface the awesome story.

The high school senior (who remains anonymous) apparently hung a huge sign that read, “Tess Prom?” from a two-deck red bus, complete with balloons and a microphone for the boy to sing "Danke Schoen." According to his photo captions, she said yes, but that’s not where the story ends.

The two happily rode off into the sunset on the bus’s top deck, that is, until he stood up and smacked his head on a tree. After spending two hours in the emergency room, he offered some important words of advice for onlookers: “Don’t stand up on buses, yo.”

Click through the slideshow below for a photo recape of this daring promposal, and tell us: Do you have a crazy prom story to share? Sound off in the comments or tweet @HuffPostTeen! 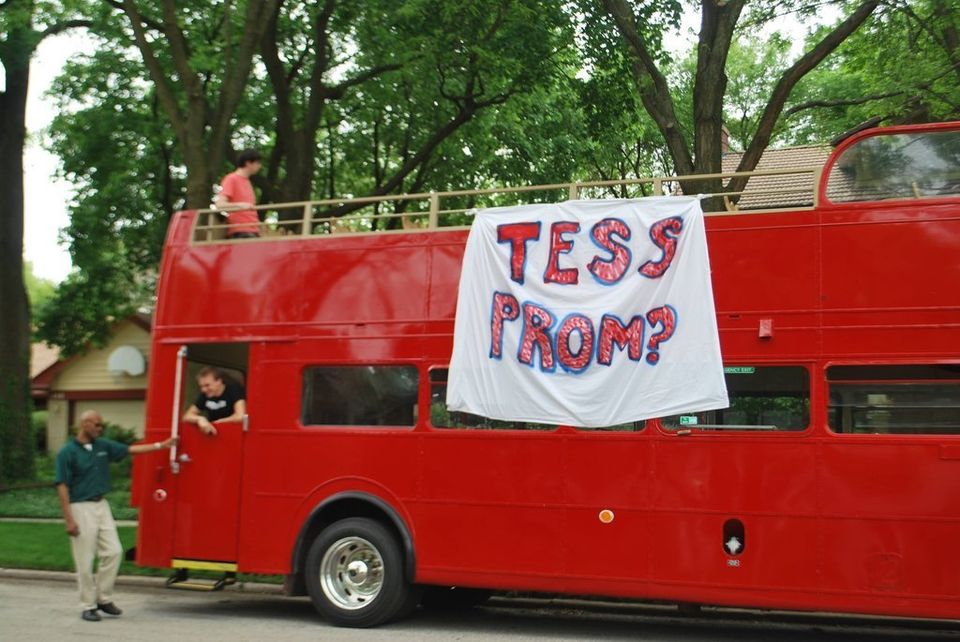