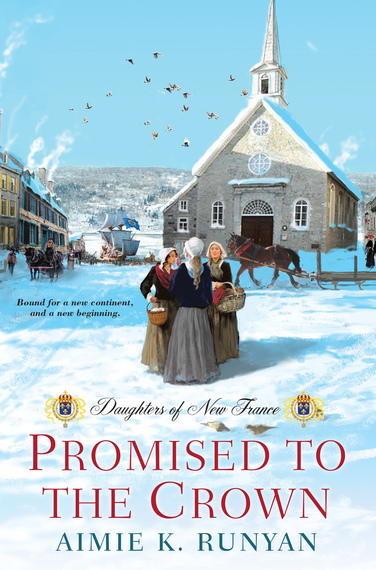 Imagine choosing a voyage across the Atlantic Ocean to settle in a new land at behest of your King and country in order to marry and mother in the New World. Aimie K. Runyan's book, Promised to the Crown, follows three of the King's daughters, women chosen by France to populate the New World, on their journey to Canada and immerses readers in their challenges and tribulations.

How did you decide on Rose, Nicole, and Elizabeth? Where they related to real historical figures you found? Do you have a favorite?

These characters are all my own. In fact, the only "real" historical figure in the book was Marie de l'Incarnation who appears for only one scene. This was my debut, and I was honestly afraid to make a gaffe with a real historical figure. What if Mother Marie was in France when I needed her in Canada? It was intimidating for a new writer. Moreover, I didn't want to tell one woman's experience, but give a broader perspective of what women endured.

Nicole was my genesis character. She was the girl who simply fell on hard luck, nothing super dramatic; just a farm whose land went fallow. To me, that represented a major difference between life even a hundred years ago and life today. A simple misfortune could change the course of your life instantly and irrevocably. She's very much the shy farm girl, and it was great fun taking her outside her comfort zone.

I chose Rose because I wanted to show the atrocities of the Salpêtrière Charity Hospital where so many women were imprisoned for non-crimes like refusing an arranged marriage or taking a job without her family's permission. Many of the female immigrants to Canada came from the Salpêtrière , and I thought the story would be incomplete without delving into the horrors inside those fetid walls.

Elisabeth is a merchant-class girl with a lot of talent, but not a lot of options after her father died. The death of a father was often disastrous for the future of a young woman, and was a huge motivation for early marriage. She is possibly the most resilient of the women, and most assuredly a force to be reckoned with.

It's hard to say who was my favorite. Rose was easiest to write and Elisabeth was the hardest. Rose is the most interesting in most ways, Nicole was my darling, and in the end, Elisabeth stole my heart.

What records survive from this time? How did you balance research with creativity?

Most of the women from this time could not read or write (or claimed not to be able to) so things like journals and letters were not plentiful. What we do have are very accurate legal records, correspondence from the clergy and military elite, some top-notch modern research by some amazing Canadian historians, and even some cookbooks! I loved finding legal precedent that would have caused a major complication for my characters. I tried to make the settings and situations as historically accurate as possible, while making the story relevant and appealing for the 21st century. Thankfully, my research findings sparked more ideas than they squelched! 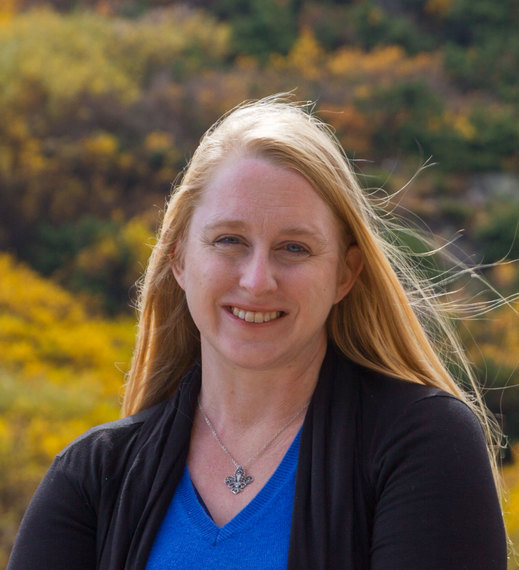 What surprised you most as you wrote Promised to the Crown? What did you learn either about the history or your own writing?

Well, it was interesting after having written most of the book to find out from a distant cousin that my family is actually related to quite a few of these "mail-order brides" that Louis XIV financed. I guess the story was in my blood all along. I also learned I am passionate about plotting out a book before I write it!

Some of the laws concerning bakeries were fascinating. It was one of the most tightly controlled industries in France and her territories. One of the biggest advantages to moving to Canada was the right to own a private bread oven. When each member of your family eats two pounds of bread a day, taking your turn at the communal bake oven once every two weeks had to be a massive inconvenience.

What's next in the series? Will Manon ever find a home?

My poor Manon, she is a fish trying to live in a bird's nest. The next book in the series, Duty to the Crown (November, Kensington Books), follows her struggle to find her place in the world. She's too French for the Huron and too Huron for the French. We also learn more about Claudine, Nicole's younger, ambitious sister as she tries to make her mark on Quebec society. She's driven and clever, but that works against her at times. The last character is Gabrielle Giroux, the ward of the Beaumont family who endeavors to overcome the shame of her wastrel parents and create a life for herself. Her fondest wish is to run a tailoring business, but the laws of the land that require her to marry at sixteen years of age get in the way of her plans.

Though the three characters don't get along nearly as well as the trio from the first book, they learn that they accomplish a lot more in the fledgling society when they set aside their differences and work together.