As the year 2016 was beginning, a number of promising initiatives emerged that could change the face of cities. The trajectories of such projects will shape the futures of cities around the world during the critical year of the Habitat III conference. Learn from four cities on three continents, Mumbai (India), HCMC (Vietnam), Medellin (Colombia) and Cairo (Egypt), on the strategies implemented and how they could both positively and negatively influence their future.

In India, Mumbai may be one of the most crowded cities in the world, but it also boasts a 149 kilometers of coastline. Last year, a huge opportunity opened up: a portion of the Mumbai Port Trust land would be been given over to the city. According to Carlin Carr, how the city will move forward with the redevelopment could redefine a new trajectory in its development. Activists have called for MbPT land to be used as open spaces as well as affordable housing. However, many residents fear the much-needed space could turn over to private developers. On the other side of the peninsula, Mumbaikers have a different worry. City officials have proposed a coastal road to cut off commute times from the business district to the northern-western suburbs. The road has seen serious protest from sustainable transport activists to ecologists. Yet, what happens with these two projects could really set a trend in Mumbai's development trajectory.

For 2016, Tam Nguyen considers that there are highly positive signs that HCMC is changing its strategy to a more sustainable and equitable one. Firstly, the city is pushing the construction of its metro lines, which would soon connect the city center with its satellite districts. Secondly, housing projects have rapidly appeared around transit stations and along the constructing metro lines. A Transit-Oriented Development (TOD) strategy shifts the focus of the city development along the lines of mass transit transportation. This development orientation would bring about two essential benefits: first, it gives the government options to relocate poor communities in dynamic and central spaces; and second, encouraging settlements along mass transit lines would make it easy and convenient for residents to utilize this public transportation system to commute back and forth from the city center. However promising the new developments could sound, the task is still huge and demands relentless efforts from city planners and policymakers.

In Colombia, Medellin has already presented its great urban turnaround to the world. Lou D'Angelo writes about one of these initiatives: the boldest and costliest project of 2016, the Parks of the Medellin River megaproject. It aims to rehabilitate the surroundings of the river's decaying and sub-utilized areas. The project will transform the area by burying a highway and building a park on top, creating new spaces for non-motorized mobility and changing the land occupation model to serve housing and commercial purposes. As any ambitious project, the River Parks Project faces numerous challenges. The burying of a 392-meter stretch of highway is controversial and many don't see the project as a priority, considering the social issues in Medellín. The river parks thus imply a tension between the importance of making the city denser, improving the mobility system and creating new public space, and the social needs of the city. 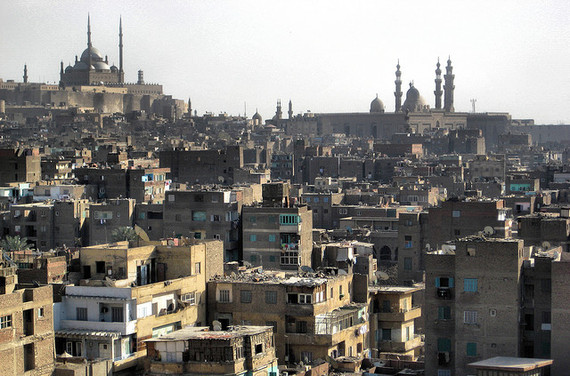 Similarly, in an effort to re-plan Cairo and regain its competitive endowments and improve service delivery, the Egyptian government has recently launched an ambitious project. In collaboration with UN-Habitat and UNDP, a Strategic Urban Development Plan is under preparation to ensure that Greater Cairo manages to attain a better quality of life for its inhabitants and enhance its position as a prime urban destination in the Arab World. Shaima Abulhajj presents the project's main objective: to develop a vision for Cairo until 2050, using a practical participatory approach. The strategic plan is designed to prepare well-tailored plans for prioritizing subsidiary projects with national significance. Detailed studies and strategic plans have been prepared for a number of urban areas, while a coordinating body responsible for collecting and analyzing data to compute urban indicators has been established. If successful, Cairo in 2050 will be a much more equitable and sustainable city - and, perhaps, be among the global urban players.

The decisions made by the four cities will definitely shape their future and their trajectories. Check out more of the discussion on urban poverty and cities on URB.im and contribute to the debate.