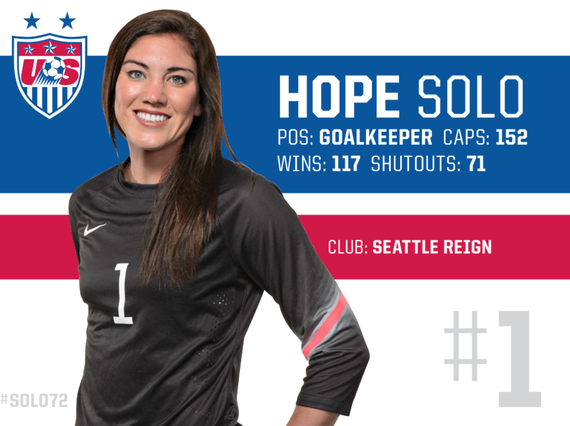 Last week, Florida State's attempt to promote quarterback Jameis Winston, who has been accused of rape in a case where charges were ultimately not brought, attempted an "Ask Jameis" social media promotion. Instead of getting "real" questions for the quarterback, the #AskJameis hashtag on Twitter was bombarded with a combination of personal attacks and jokes that might be appropriate for the late night comedy shows.

Now, USA Soccer has posted something on Facebook to promote embattled Olympic Gold medalist Hope Solo and her upcoming chance to set the world record for most shutouts by a goalie.

And, the reaction online has been similarly vitriol.

Solo, who is accused of hitting her sister and 17-year-old nephew, has been charged on two counts of domestic-violence in the assault in Des Moines, Washington. She is currently playing with the U.S. National team while awaiting her trial in November but the public through social media isn't letting her forget and the incident is now overshadowing her historic achievements on the field.

After its recent post on Solo, the social media sphere erupted in attacks against U.S. Soccer for promoting the embattled goalie. 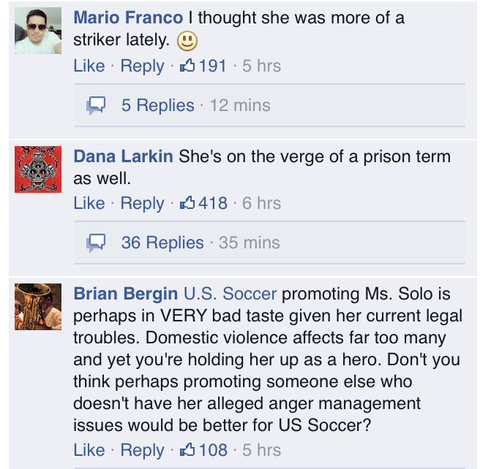 And there is more... 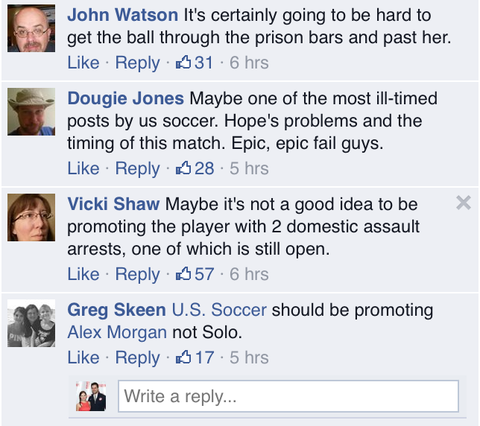 And, that is just a small taste. In our country it is innocent until proven guilty by law, but in the social media sphere it is anything goes.

What do you think, was it a mistake by USA Soccer to promote Hope Solo right now? Or unfair to her as she approaches this historic record?