Born in 1953, Eben Alexander III grew up in Winston-Salem, North Carolina, the adopted son of a neurosurgeon father and a devoted mother. Following in his father’s footsteps, he went to medical school to become a neurosurgeon. He then went on to teach at Harvard, got married and had two sons. Life was good. But on November 10, 2008, at age 54, Dr. Alexander contracted an extremely rare and deadly form of meningitis and fell into a deep coma.

During the seven days the doctors spent trying to revive him, Dr. Alexander claims that he had a near-death experience -- during which he visited heaven and met God. He says that he battled back from the brink of death, and that in the process, he was transformed with a new sense of faith, wonder and purpose -- and a desire to share with people what he had seen beyond the body and beyond the Earth.

The following is an edited excerpt from Oprah's recent "Super Soul Sunday" interview with Dr. Alexander. To see what Dr. Alexander has to say about adoption, the human brain and the existence of other dimensions, read on.

Oprah: You go into detail in this book, Proof of Heaven, of your meeting God and experiencing literally an out-of-body existence. Out-of-the-universe experience. Let's begin with the headache.

Dr. Eben Alexander: Well, it was like being struck by a freight train at 4:30 in the morning, November 10, 2008. I woke up and had severe back pain. That was the first thing I noticed. I tried to get into a warm bath, thinking that might help, and it didn’t.

Oprah: So when your wife said to you, "I think we should maybe go to the hospital," you said, "Absolutely not." By the time you were admitted into the hospital hours later, were you conscious?

Dr. Alexander: No, I don't remember any of that at all. Because meningitis is such an efficient way to mimic death, it wiped out my neocortex, the part of the brain that makes us human -- where consciousness and memory and emotions, language, visual, auditory, all of our experience are put together. That was all gone. At best they gave me a 10 percent chance of survival when I got to the ER. My survival was down to about 2 percent at week's end, with no chance of recovery.

Oprah: If I asked you before this experience, "Do you believe in God?", what would've been your answer?

Dr. Alexander: I would've said no. There was no way to explain it based on my neuroscientific career.

Though Dr. Alexander had built a successful career and had a loving family, he still had questions about his biological parents. Prior to 2008, he tracked down his birth mother... only to learn that she did not want to meet him. After that, says Dr. Alexander, he experienced a deep sadness that threatened to derail everything in his life.

Oprah: You grew up feeling loved and appreciated, but when your biological mother... said she didn't want to see you, you went into a sinkhole.

Dr. Alexander: It was absolutely devastating, because of the memory of feeling as if I was being thrown away. My adoptive father -- a renowned neurosurgeon -- would tell me, "You can't possibly remember anything that happened when you were weeks old." But he was wrong. Because I later came to realize it was such a deep and powerful memory, it shaped everything about my knowing of this world and how I related to this world.

Oprah: I just got that in a way like never before. And that is why this is a good thing we're sharing here right now. That is why every mother or father who has to give up a child for adoption should explain to the child why. Even though it's a baby. So they know the difference between being wanted and not wanted.

Oprah: You say -- I love this -- on page 8 [of Proof of Heaven] that "All of consciousness is brain based. If you don't have a working brain, you can't be conscious." So, let's talk about what that experience was like. Can you take us on that [near-death] journey?

Dr. Alexander: Initially I was in this sort of vague, foggy, murky underground. It was kind of a hideous place.

Oprah: Do you remember being afraid?

Dr. Alexander: Well, initially, there was no memory of anything better. So it seemed okay.

Oprah: Because you [didn't] have a memory of a self or a family?

Dr. Alexander: Right, I was just awareness. Just a piece of awareness.

Oprah: This is fantastic, I love this!

Dr. Alexander: Then I was rescued by this spinning white light. And as it got closer, it expanded.

Oprah: This sounds as crazy as it can be, but: It opened you up to another dimension?

Dr. Alexander: It did. Totally different.

Oprah: So now you're going into another dimension where you met a guide -- a woman who led you on a journey on the wings of a giant butterfly, into another world of inexplicable beauty. Did you recognize her?

Dr. Alexander: No. She was very beautiful. And she was looking at me with the most loving smile.

Oprah: What is the message you received? Tell us that.

Dr. Alexander: "You are loved, deeply cherished, forever. There is nothing you have to fear. You will always be loved, and there's nothing that you can do wrong."

Oprah: So what we all want to know is, did you see God?

Dr. Alexander: Well, to answer your question briefly, no, God has no gender. In fact, I did not use the word "God" in my writing for months, because the power and the awe of the all-loving, all-powerful deity is beyond any words at all.

Oprah: I've always thought that there are, or could possibly be, as many dimensions as we are. You see and experience the realms based upon how you lived. Is there any validity to that?

Dr. Alexander: I think there's a lot to that. I mean, the differences come as our brain acts as a filter or veil to affect our memories as we come back into this life. And in fact, I would say that newborns are still very freshly from that realm.

Oprah: I have always said that! I say they come in trailing the breath of the angels. Now I ask you today: Do you believe in God?

Dr. Alexander: Absolutely have no doubt whatsoever... and know the eternity of our souls. It's the only thing that makes sense. 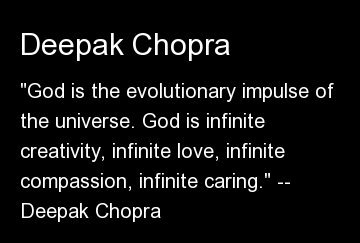