It's common knowledge that tabloid magazines tend to objectify and sexualize women more than men. However, this double standard becomes even more apparent when you put six months of images side by side.

In the video "The Experiment," writer Kate Hardie and lighting technician Andy Lowe cut out pictures of men and women featured in the British tabloid The Sun, the UK's most widely read daily newspaper. Over the course of six months, Hardie and Lowe pasted all of these photos to a wall, placing images of women on one side and men on the other. The results show the stark contrast between how women are represented and how men are.

The video was created as part of the "No More Page 3" campaign, which protests the The Sun's decades-long practice of printing topless models on its third page. 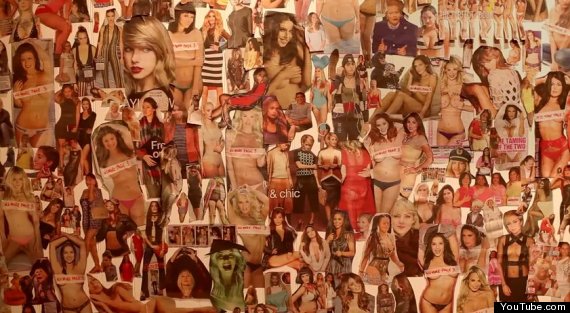 Images of women in The Sun.

"The Experiment" shows that sexist representations of women go far beyond the topless photos featured on The Sun's page three. Images of female celebrities appear to be chosen based on how little clothing they're wearing, while the men are almost all completely clothed. And as Hardie and Lowe point out in the video, “The men are nearly all active, doing things. Not posed… the women are passive. It’s all about how they look."

The men are pictured showing a range of emotions from ecstatic to angry, while the women are only pouting or smiling. “When I look at the men’s side, I see real life," the text in the video reads. "But when I look at the women’s side, it doesn’t seem real. It’s all manufactured." 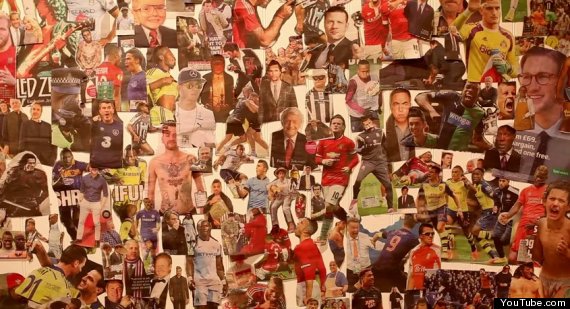 Images of men in The Sun.

Although sexist representations exist throughout the tabloid pages, "No More Page 3's" chief objective is to implore The Sun to stop publishing topless images as a regular feature.

While the owner of The Sun, Rupert Murdoch, hinted at getting rid of Page 3 in a series of tweets in September 2014, the section currently still exists.

What was @TheSunNewspaper's response to such a visual demonstration of their sexism? Via @thei100 pic.twitter.com/Qyk9RgWwvJ

"We love breasts! And have nothing against the women who choose to show them," No More Page 3's website reads. "We simply feel that a family newspaper is the wrong context for these images... all we are really asking is that women be represented with respect in the newspaper, rather like men are."

Check out the full video below: