As the 150th Anniversary of General Robert E. Lee's surrender at Appomattox Court House in Virginia rolls around, some armchair historians and pundits are still battling over what the Civil War was about. It's time to go beyond the rhetoric and read the evidence.

Back in 1997, Virginia Governor George Allen issued a proclamation, written by the Sons of Confederate Veterans, claiming that the Civil War was fought over independence and sovereign rights, but not slavery. The issue echoed just a few years ago when another Virginia Governor, Bob McDonnell, issued a similar proclamation, only adding a mention of slavery after national and state protests.

Conservative commentator Chuck Colson claimed that while slavery was not a good thing, "many Southerners of the time were honestly, conscientiously, and prudentially defending states' rights." Others are more convinced that the war was not about "state's rights," long used as a rationale by some Southerners for the Civil War. It even led to a sharp exchange at a recent meeting of the Alabama Political Science Association. Some are even concerned that a new U.S. Civil War may be coming back. 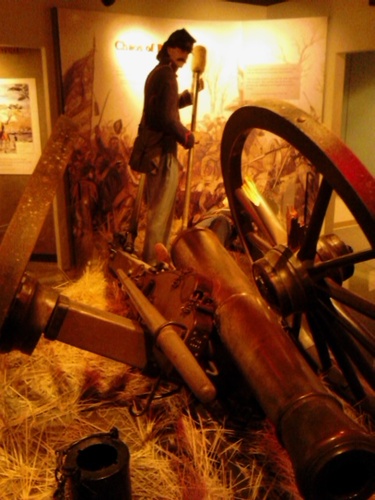 From an exhibit at the Civil War Battle of Stones River, Murfreesboro, Tennessee.

There's actually a way to test whether or not the Civil War was about slavery. It involves reading the words that those Confederate leaders used when they wrote their reasons for leaving the United States. I was able to analyze four secession documents written by states: South Carolina, Mississippi, Georgia and Texas.

Now the word "rights" can be found 14 times, and "right" appear 32 times in these four state secession declarations. But in reality, when the word "rights" or "right" is used, it tends to be "the right to own slaves."

In fact, the word "slave" can be found 82 times in these four state declarations. At times, the states refer to themselves as "the slave-holding states."

Colson also brings up the argument that both sides were sparring over tariffs, but a search of the word "tariff," or any other spelling ("tarrif," "tarif," "tarriff") cannot be found. Tax is mentioned once, and economics or "economy" are not noted.

This doesn't mean that all Southerners approved of slavery. On the subject, General Robert E. Lee wrote of slavery as a moral and political evil, and called for its abolition by the Almighty, something fans of Phil Robertson of Duck Dynasty, Ted Nugent and Cliven Bundy (who say slavery wasn't so bad) might want to read. Not all Southerners owned slaves. Many of the poor ones fought to defend their small farms, hurt the most by large plantation owners whose nonexistent labor costs threatened to force them out of business. Those large plantation owners often filled the ranks of the Southern politicians who wrote the very secession documents that led to the Civil War.