Buried deep in a speech that President Obama delivered at the height of the Great Recession was a line that has remained etched in my psyche. When Obama was acknowledging the economic devastation that the recession had wrought on individuals, he predicted, “And some people won’t ever recover.”

At the time, I wondered who he meant. Finally, that mystery has been solved. He was talking about me and people my age who ― like me ― lost their jobs, their home equity and saw their portfolio values crash and burn just as they were entering the countdown years to our retirement.

While all generations were slammed by the recession, the one generation that has lacked sufficient time to recover was mine ― and that’s what the CBO has finally gotten around to saying. We were pushed out of our jobs at the worst possible time, coerced to sign severance agreements agreeing not to sue for age discrimination, and in some cases, insultingly offered job “counseling” for things like “how to update your resume after 30 years of not needing to.”

Not to pick nits, but the news of our terminations was frequently delivered harshly and without regard to the decades of loyal service we had given our masters. Our ages were held against us. Our many years of experience had put us not just at the top of the salary scale but at the top of the list of ways to cut costs because of it. Did the government step in to protect us? No, it did not.

But as hard as those termination days were to swallow, the worst was yet to come. People in their 50s and early 60s who were tapped on the shoulder and given an hour to clean out their desks, also quickly learned that the employment world was pretty damn hostile to them. The skills that had served them well ― well enough to buy houses and cars and pay for their kids’ college bills ― were no longer valued. Older people wanted to work but couldn’t find any. Employers freely ― and without regard for the law ― advertised that they only wanted to hire “young” people or “digital natives.” Older workers were encouraged to “age-desensitize” themselves ― don’t give away your age by stating the year you graduated, things like that. Did the government step in to protect us against age discrimination? No, it did not.

We learned to hustle to make ends meet. We embraced the gig economy, stringing together part-time and freelance jobs and in many cases working for peanuts ― and certainly not for health coverage or vacations or other benefits that come with real jobs. We stayed unemployed longer than any other age group, fell victim to asinine beliefs like “only the young can innovate,” and “older workers aren’t a good cultural fit,” and sent thousands of resumes into the black hole where online job applications go to die and at the end of the day had very little to show for it. Did the government step in to help us? No, it did not.

We tried our best. But 1.5 million of us (people age 50-plus) still lost our homes to foreclosure from 2007 to 2011. In addition to those 1.5 million, as of December 2011, according to an AARP report, another 3.5 million people age 50+ were underwater on their mortgages ― meaning they owed more than their home was worth and had no equity; 600,000 loans of people age 50+ were in foreclosure, and another 625,000 loans were 90 or more days delinquent. It was grim. Making it grimmer though was that the banks were allowed to behave atrociously ― refusing to lower interest rates, reduce principal sums, reject reasonable short sale offers and kicking people to the curb for owing less than what the bank resold the house for a month later. The government? Nowhere to be seen.

So how are things now? I frequently hear from readers in their 50s and 60s who still can’t find work and in many cases, have just given up trying. Age discrimination ― especially in the tech industry but honestly throughout all sectors ― runs rampant in hiring.

The CBO findings pretty much answer those questions with a resounding “no.” And it’s a problem. The CBO puts a polite spin on things and suggests that there will be “a significant retirement challenge ahead for policymakers” coming from those millions of Americans who were near retirement when the Great Recession leveled them like a bowling pin.

Yes, there will be a significant retirement challenge ahead for policymakers ― take that one to the nearest arrogant bank. Because you can bet your bottom dollar that we will be turning en masse to the government to ensure that we don’t fall into poverty. This time, let’s hope we are met with a better response. 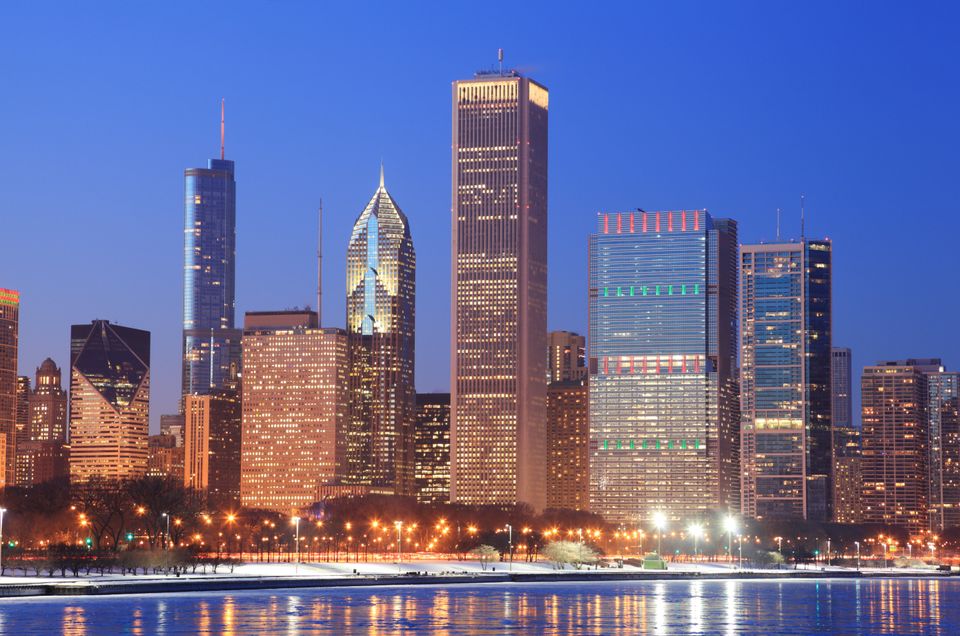 1 / 5
Illinois
This midwestern state's cost of living isn't far above the national average, unlike many others on the list. However, Kiplinger's cites the state's poor fiscal condition, according to the <a href="http://mercatus.org/statefiscalrankings" target="_blank">Mercatus Center</a>, as&nbsp;a reason retirees may want to avoid Illinois.&nbsp;
Jumper via Getty Images