Are they misinformed or deliberately lying? I don't know anymore.

A group of medical marijuana dispensaries organized as the California Cannabis Association has come out against Prop 19, California's "Tax and Regulate Cannabis" initiative to legalize marijuana.

The coalition claims that Prop 19's provisions giving local jurisdictions the power to regulate cannabis sales, including the right to choose whether to allow commercial or other outlets, would enable them to prohibit the sale of medical marijuana to patients, something that under California they currently can't do. In the words of Cascade Wellness Center head Amir Daliri, quoted in the Associated Press, "The people who would be most affected are the sick, the elderly - patients who cannot grow their own and cannot travel to pick up a prescription." 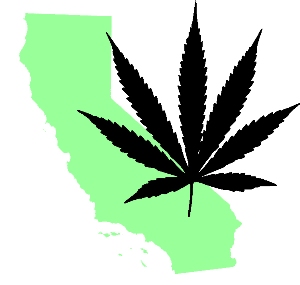 The claim is completely false. As attorney J. David Nick explained in a widely disseminated legal analysis exhorting people to get on board and support the initiative, section 2B of the Prop 19 text explicitly guards against that:

Section 2B presents the controlling and relevant purposes for understanding what Prop. 19 can and cannot do. This section EXPRESSLY excludes the reach of Prop. 19 from the CUA and MMP. Sections 2B (7 & 8) specifically state that the purpose of this initiative is to give municipalities total and complete control over the commercial sales of marijuana "EXCEPT as permitted under Health and Safety Sections 11362.5 and 11362.7 through 11362.9."

Even without that protection, Nick further explains, it would be virtually impossible for the courts to interpret Prop 19 as allowing cities or counties to gut the state medical marijuana law, because of the rules of statutory construction:

Unfortunately, the press has largely given the group a pass. In the press mentions I could find of the story, LA Weekly, Capital Public Radio, KTVU and the aforementioned AP piece, campaign spokeswoman Dale Sky Jones is quoted making the opposite claim, that the initiative actually would clarify and improve protections for medical marijuana patients. But that important information appears toward the end of the articles, and the casual reader is left with the impression simply that different activists are saying different things, not necessarily knowing what to believe. I think the media professionals covering this should have taken the extra few moments needed to glance at the initiative text, or better yet spoken with a qualified attorney or legal analyst about it. They then could have verified that the campaign quotes were right and the opposition's wrong, and reflected that in their reporting.

Fortunately, only some medical marijuana people are so shortsighted as to oppose this historic and important measure. Harborside Health Center in Oakland, and the Berkeley Patients Group are among the top quality groups lending their support to Prop 19. But it's still worth asking, why are some other medical marijuana providers opposing it?

Famed Canadian Marc Emery, from his US prison cell offered the obvious explanation: money. I've been charitable about this in saying that there's a little more to it than that. The medical marijuana providers have by and large created a good and wholesome environment, bringing dollars in for sure, but providing high-quality, compassionate services for their clientele. They've risked a lot to do it -- Daliri's center is among those to suffer raids on their operations -- and they don't want to see the world they've brought into being fall into nothingness in the face of the hugely increased competition that legalization of marijuana for anyone will surely bring. I happen to think that legalization will bring more opportunities for everyone in the industry, including the current medical marijuana providers, but I could be wrong. Maybe they will be put out of business.

But that's not a reason to allow the continued mass law enforcement campaigns against marijuana users and sellers to continue -- more than 61,000 people were arrested for marijuana possession in California in 2009 alone. And these people were smart enough to start and maintain successful businesses, therefore they're smart enough to accurately understand the Prop 19 legislation, if they want to, so I say enough is enough. Whether they are doing it deliberately, or out of deliberate ignorance, they should stop spreading misinformation about Prop 19. Shame on the California Cannabis Association. And YES on PROP 19!