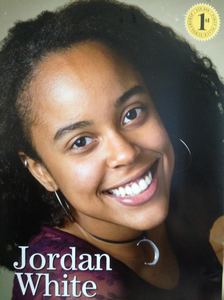 As the youngest in my family by eight years, I was awkward, painfully shy, and tired of being verbally overshadowed. So, at 11, I decided to make my debut at the Christmas dinner table.

"Did you hear that Lady Gaga might actually be a man?"

Immediately, my brother took over the conversation with a story about a transgender girl from high school, while my uncle followed with a tangent about gender-neutral bathrooms. My inaugural appearance as a provocateur had failed, and my presence once again faded into the background.

My family's dinner conversations have always been equal parts vulgar and intellectual, with topics like the Bonobo chimpanzee's bisexual pursuits to adolescent Italian castrati. Outlandish oddities cleverly become family inside jokes. I would spend meals dreaming of my moment to provoke, taking periodic breaks to notice whichever condiment was staining my dad's shirt. Embarrassed and discouraged by the Gaga debacle, I decided speaking was not to be my mode of self-expression.

Weeks later I became a writer, thanks to our fifth-grade historical fiction project. Some chose to write about the Revolutionary War, while others ventured into the depths of Nazi Germany or Jim Crow. Sometime during the fifth draft of my Civil Rights story, I decided to produce something different. Filing through my mental bank of memories and family conversations, I chose the New York crack/AIDS epidemic of the late eighties.

I altered my story completely. Julius Jones -- my proud, stoic, fictional NAACP Chairman -- devolved into Julian 'Juli' Jameson: a hopeless, staph-infected drug addict with a mayo-stained shirt. Night after night I scanned the depths of Google's "crack" files, even turning off Image SafeSearch to examine the faces of its victims. I took my desire for identity and applied it to Juli's journey. As I struggled to find a voice among extroverts, he struggled to find purpose in his dingy Hell's Kitchen tenement.

The story was a hit among teachers and peers, propelling my confidence as a student. I started writing personal essays; packed with details that I had saved in my mental notebook. In seventh grade I wrote an essay about death, and an influx of long lost memories rushed onto the paper. Rather than seeing sadness in mortality -- a hospital, or a coffin, or Benta's Funeral Home -- readers saw my grandmother putting coffee in my sippy cup and telling me she suspected her neighbors were axe murderers. My English teacher suggested I submit the essay to a writing contest, telling me I deserved an audience. I ended up winning, and found my path as a student altered forever. In a school full of inventors and mathletes, writing had become my "thing;" a way to value myself beyond numerical assessment.

Today I've established my voice beyond just essays, but my writer's imagination stays with me almost everywhere. People in my life sometimes become characters that I control. For example, at my uncle's funeral last winter, my family sat silently in prayer. I made eye contact with the young thurifer shifting nervously behind the priest. I imagined that it was his first day on the job, the way only one pant leg was cuffed -- he must have been rushing out of the house. I liked to think his girlfriend made him a good breakfast and said "good luck today, honey" when he left. Luck wasn't exactly the right thing to wish to someone who was going to a funeral but then again "goodbye" would have been too morbid. I took mental note of the stained-glass windows and saved the detail for future use.

The more I write, the easier I find it to talk -- about myself and the world around me, even at the dinner table. When adults mutter about the tribulations of their nine-to-fives, it is not uncommon for my mother to now interrupt, pleading for a breath of life: "Let's liven things up, Jord, what should we talk about?"

Jordan White, a graduate of Hunter College High School, will begin her freshman year at Wesleyan in a few weeks.