Last month, when President-Elect Donald Trump convened a meeting of American news elites, he shocked us with another dissection of our precious Fourth Estate. You're all liars, he snarled. A better word might be dupes. 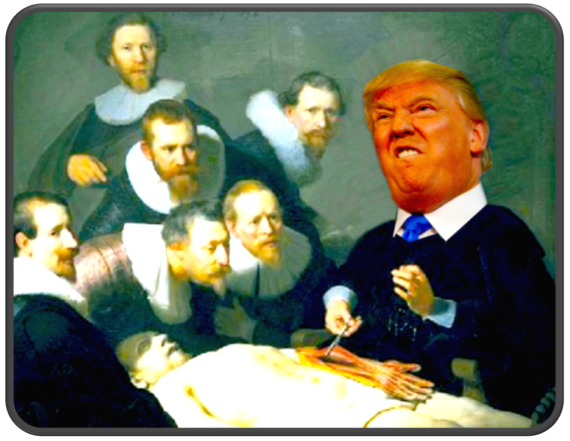 After all, the same media he claims to be dishonest propelled his candidacy and, in the process, traded their obedience to facts for entertainment. Just think of the countless face-offs between campaign pundits, Jeffrey Lord vs. Van Jones or Ana Navarro vs. Scottie Nell Hughes, as examples. Always indulging in false equivalencies, never conclusive, and never in judgment of the well-rehearsed proxies. That's you, Kellyanne Conway.

It's hard to know if Trump's plunder of media is to project his power over them, publicly humiliate them, or both. Either way, his regard for the first amendment and a free press in particular is usurious if not rapacious. News media are his vehicles for positioning his brand and de-positioning his competition. Sound familiar?

What we have in Donald Trump and media is a new and mutated form of an exploiter and his targeted natural resource. He's like a strip miner, a rogue whaler, a clear-cutter, an unaccountable taker (not maker) of what we should begin to regard as a public well source, albeit human-made, that struggles to sustain itself. It is more like a finite fossil fuel or an endangered species than, say, solar or wind power.

There are few serious laws that restrain Trump from playing the very bad PR man. No carbon tax, per se, to suppress his over-use. Influencers that work the earned media -- in public relations, public affairs, corporate communications, and myriad activist sectors -- are relatively regulation-free. Corporate speech is largely focused on paid media (i.e., advertising), and the lobbying laws that regulate influence-peddling to legislatures are not yet awakened to the work-arounds. 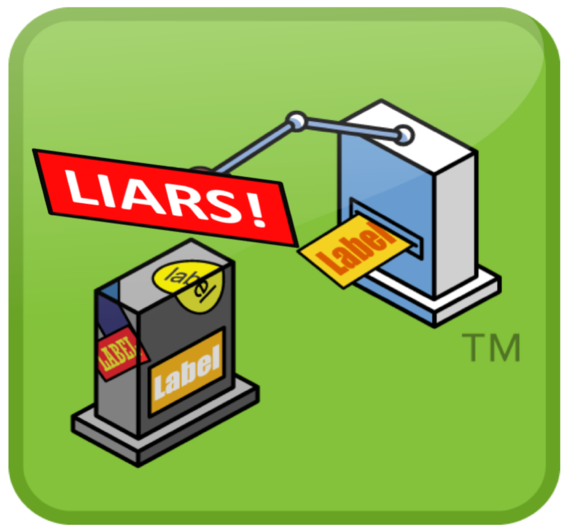 Donald Trump alone hasn't killed the news. Disruptions have been snowballing since the advent of desktop publishing and email. He's just tipped it over by branding journalism, writ large, as corrupt. No citizen-consumer of the news can now escape the worry that their favored source is objective, and few media, even industry verticals, seem capable of hyperbole-free coverage. When Trump tattooed media with the label -- They're sooo dishonest -- it was a cunning strategy to anesthetize his most powerful contrarians. His play liberated streams of partisan content, much of it fake. And why not? The system that checks the spin was disabled and, in a way, so were voters. Among other remedies listed at the end of this article, a new language is needed to crack the code of influencers.

THE FREE PRESS AS A NATURAL RESOURCE

This might not be a problem for a healthy free press, but in its diminished state, it's time to think differently about how it works, what function it serves, whom it serves, and what protections it deserves, if any. Particularly in the U.S., when the three branches of government -- executive, legislative and judicial -- are gridlocked, the integrity of our unofficial but constitutionally protected fourth branch could not be more important. Think of the Fourth Estate as a warming planet and you can understand that the ways by which we feed off its largesse are unsustainable. A new symbiosis, a new model, is paramount.

But tell that to Trump and the legions of PR pros and communicators whose organizing principle is media and its management. Tell it to the clot of para-professional publicists, activists, campaigners, bloggers, content creators, storytellers, media strategists, agencies, marketers, spin doctors, reputation doctors and cottage industry propagandists who freely swarm and infect it. They aren't solely responsible for this 9-11 free speech moment, but the pressures they apply cannot possibly be helpful to the recovery of the Fourth Estate's credibility. 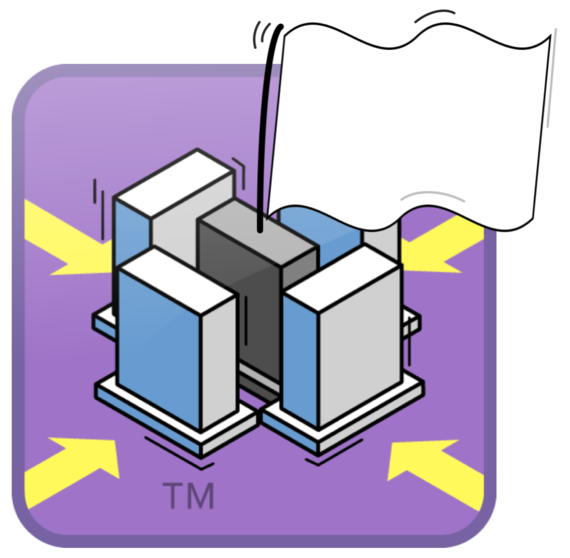 Count the tweets, emails, mailings and voicemails that besiege any news outlet, the stunts and inducements that draw them out, the sheer volume of experts on call, the deals for access and exclusivity, and you'll begin to appreciate the size of today's advocacy army and its mastery of media, whether broadcast, print or online, mainstream or social, earned, owned or otherwise. The drip-by-drip assault is endless, distracting and corrupting, particularly of less vigilant, less energetic or under-equipped outlets.

To the credit of many business leaders and academics, this has never been lost. They have sounded the alarm of ethics because in the practices of persuasion self-interest and public benefit are in constant conflict. And they have encouraged fair and symmetric dialog. But progress of spinners to professionalize has been slow and too often it drinks its own Kool Aid.

In the early 1980s, Edward Bernays, widely regarded as the father of PR, once told me over tea, "Any nut, weirdo, kook, or dope can call themselves a public relations practitioner." Indeed, accreditations in public relations lack prestige and teeth, and licensure is nonexistent. Those that are in place are based on a premise that is barely indulged in actual practice -- that, as stated by the Public Relations Society of America, PR exists to serve a mutual good. But spend a day with most any PR agency or corporate communications team and you'll learn that the real work is far more about pushing products, telling clever stories and mitigating problems than the fashionable but vague pursuits of reputation, authenticity, corporate character and values. It's a game that is cast as cooperative when in truth it's adversarial and it's a process that is manipulative despite its presentation as mutual.

For all the talk of ethics and two-way communication, there is a profound disconnect, no shared north star. To the extent that PR operates in the interest of a shared social benefit it is always conditioned on the promise of some return, if even indirect. Corporate Social Responsibility and corporate philanthropy, as examples, simply don't exist without this bargain.

Even at the highest levels, PR is prone to beautify its purpose. The Arthur W. Page Society, a private association comprised primarily of chief communications officers (CCOs), is fond of its so-called Page Principles. These are named for the late Arthur Page himself, the original CCO of AT&T and an architect of the ill-fated telephone monopoly. Tell the truth, is principle #1, followed by six similarly well-intentioned but vapid sentiments. However you might regard them, these principles were never written by Mr. Page, not a word or phrase. As detailed in this post, they were derived, the society admits, by three of Mr. Page's acolytes, only one who ever met him. No citations. No peer review.

PR's poor self-policing is further demonstrated in a report by the industry's largest PR firm, Edelman. Called the Edelman Trust Barometer, the annual study seeks to explain how and where the intangible asset of trust rises and falls. Hint: Nurses and what are described as people like you have it. Politicians and CEOs don't. Of course, by virtue of the services that Edelman offers, there is the indirect yet unmistakable suggestion that smart PR is a solution to any entity's eroding trust. This is to ignore the possibility that PR is a likely contributing cause of so many failures of trust, not the cure. See my critique of last year's release here.

Agents of trust, as advanced by the PR industry, are in fact advocates not information officers. They are trained to drive positive associations and, as necessary, massage and evade the negatives. Some do it with collegial flair, far fewer like it's blood sport. But they all do it, in fact, en masse. According to the U.S. Bureau of Labor Statistics, there are almost 250,000 of them, capably supplied by the likes of PRSSA, the Public Relations Student Society of America, and hundreds of colleges and universities with varying levels of accreditation and legitimacy. From the standpoint of journalism, where there are only 55,000 at work, that's a lot of flacks to fend off.

Asking PR and other influence functions to curb their habits is a little like asking coal miners to go green, long-liners to stop fishing or Donald Trump to curtail his tweeting. It forecasts a prisoner's dilemma, to be sure. The history and traditions of influencers is not easily balanced because the entire point, again using public relations as a leading example, is to influence (not relate to) publics and, in the case of the media, to get the coverage it can as best it's able. In other words, to get the coal and burn it, to catch the fish and eat it.

To the sound of Matt Lauer's happy introduction of this year's Kentucky Fried Chicken Thanksgiving Day parade entry, I called a philosopher friend to tee up my thesis. "You're too late," he observed. "PR is media, and media is PR. Why assume that one serves the other when, obviously, they've embraced each other?"

Presuming he is wrong, here are three suggestions for the repair of the Fourth Estate, particularly for the consideration of PR and related communications industries:

ACKNOWLEDGE INFLUENCE Revise industry codes of ethics and practice definitions to reflect intent-to-influence clauses by applicable trades and their practitioners.

DEFINE OVERUSE Organize an interdisciplinary process to determine parameters and metrics of a person's or organization's overuse of Fourth Estate resources.

RATIFY FAIR USE With industry leaders and academics, draft and endorse a Doctrine of Fair Use that recognizes and protects the Fourth Estate as a fragile resource.

A functioning Fourth Estate needs our assistance, not our invasions. Without it, civil and free societies forgo the familiar systems by which they engage in edifying discussions and debates. As the demolition of the news media ensues, we should consider that it's not just politics, Facebook or fake news that's causing the ruin. It's the influence industries that deserve our scrutiny -- public relations in particular.

Alan Kelly, @playmakeralan, served as the elected national president of PRSSA in 1980 and was a member of The Arthur W. Page Society from 2001 to 2013. From 1992 to 2003 Kelly was the founder and CEO of Applied Communications, an award-winning technology and communications research firm. Through the 2008, 2012 and 2016 national election cycles, he was a weekly contributor to SiriusXM POTUS 124.

This article may also be viewed at the Playmaker's Blog and The Holmes Report.